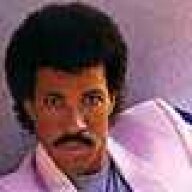 My Girlfriend (soon to be fiancée if all goes well) has a Tiffany ring that I gave her for an Anniversary gift. It is a simple gold band (fairly thick) with a teeny tiny round diamond set in it. We were thinking of getting it modified to add two more similar diamonds flanking the original. This new configuration would be used as a wedding band.

When out ring shopping, we were at E.E. Robbins here in Seattle we asked about this kind of custom work. The salesman asked the manager, who told us that they would not do that kind of work on a tiffany ring because they might get in trouble with copyrights and such. They told me that any jeweler good enough to do the work would not for the same reasons.

Is this a bogus claim?

I would contact Washington Gems and Jewelry if you'd like to talk to a local jeweler. They are fully capable of doing what you need, though you'll obviously need to talk to them. I'll email you their contact info.