So tomorrow B and I are going out to celebrate our first anniversary (technically next weekend... but he has to work). We've been ring shopping... and I found the ring that I LOVE... the price wasn't exactly where we wanted to be- and agreed to look around some more for similiar styles... But, it wouldn't be at all out of character for him to just go ahead and get it b/c he knows how much that one ring literally made my heart go pitter-patter. He got a flier in the mail last weekend and said it had "My" ring in it... hmmm "my???" eh?

Anyways, we're going downtown to a nice restaurant... He says he has something "planned"- which I THINK will be a horse carriage ride through the downtown area. Which, I LOVE this idea- I've never done anything like it and think it's so cute and romantic.. But something in my head is wondering... is this it?

I'm freaking out about what to wear (ugh! seriously... full meltdown- bought something new-- and having major issues!)-- about Not thinking about the possibility that this might be "IT" (it probably isn't!)... would he think it is suspicious if I paint my nails... Blah blah blah

I don't want to focus on this... we will have a great time, and that"s my focus!! We rarely go out... and haven't been anywhere "nice" since our very first date (which was actually 2 years ago!).... But I'm having a hard time stifling that little voice in the back of my head!!

Just go and enjoy! Dress nice and have fun! If it's time, it's time. If not, don't get your hopes up and then ruin the night.

Regardless, it clearly seems like he is planning a nice night for the two of you!
M

Good luck!!! Sounds like a proposal is in the mix!

Don't worry about it Just have fun and try to not to think about it. You don't want to be disappointed if it doesn't happen. Lots of *DUST* your way and hope all goes the way you want it to 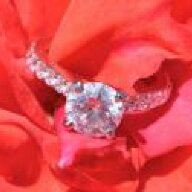 How was your anniversary??

I'm really confused. In another one of your threads you said you've been together for almost 7 years...but you're celebrating your first anniversary?
Melissa 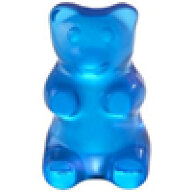 Hmmm, I'm thinking
this one may be a newer boyfriend?
You must log in or register to reply here.
Be a part of the community Get 3 HCA Results
Jewelry Blog