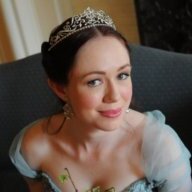 I am graduating in may and am thinking about getting a class ring. I don''t expect their stuff to be great, but how low are we talking. I am thinking about an alexandrite but does anyone even think it would change colors? Should I not even bother with the ring? Any advice would be grand.

My class ring is from Jostens, and I''m very happy with it. It is the signet style, rather than one with a stone, so I can''t say anything about stone quality. I did have one initial problem: when it arrived, I noticed that the seal design wasn''t stamped very deep, and alot of the detail was sort of blurry. I sent it back and they re-did it with no problems, and now it looks great.

For my school, rings were available from both jostens and art carved, and while they were similar, they weren''t identical. I was able to look at both styles at the school book store and decide which I liked best.

Josten''s was the supplier for our kids'' High School. Not sure if Josten''s college rings would be the same, but I think our kids were only offered various colors of Spinels, CZ''s, and Black Onyx.

All the rings we bought from Josten''s were 10 kt gold. We didn''t do Lustrium or whatever they call the lower level mixed metal. Josten''s offers a trade-up policy on their gold rings. We fig''d if the kids wanted college rings when the time came, that would be a good use of the HS rings.

The kids will wear their rings, take them off, and leave them in their jeans pockets. We''ve had rings go thru the washer, a couple of times the dryer, and they''ve stood up. Each ring was custom designed according to what the kids picked. The workmanship on the fine detail was not top drawer, but it was decent.

The school our kids went to, class rings and lettermen''s jackets were all the rage. My sister didn''t have to deal with either of those where her kids went to school. Class rings seem to be a regional or area thing now. Not something everyone does like back in the day.

I have a josten''s ring from high school. It''s pretty good quality actually, and the engraving looks nice. However, I am graduating in May also, but I didn''t bother to get a ring this time around because I found that the class rings they sell are kind of heavy and uncomfortable (or at least the one I got), and I never wear it.

Laine''s comment about blurry was kinda what I was referring to.

Our kids got the black relief style to accentuate the raised patterns. A couple of places, on one or 2 of the rings, that was a bit off. Kids chose not to send them back because the Josten''s Rep said it could be 6-8 weeks turn around. Josten''s woulda fixed it if we''d have asked.

I helped my niece pick out her ring, I wanted signet style but she wanted a stone. She did yellow gold which she loves, and some pink stone that is not real...but it has little diamonds which are. She loves hers, it is dainty and pretty, and the pink stone is a softer pink, not a bright one. When all of her friends saw hers they loved it, and did not like the ones they had chosen! I know it was Josten's...we were on the site endlessly designing it! I was not a school ring type for HS or college, but she was so into it. Her's ended up being well over 600.00 though, so be aware of that. Her's is not 10K, I think it is 14...
****************************
"There is no such thing as fun for the whole family-there are no massage parlors with ice cream and free jewelry" Jerry Seinfeld

We asked about 14 kt gold when we ordered the first ring. The Rep said they could do it, but he''d have to get back with me about a quote. Off the top of his head, the price was gonna go up about 40% or so. So we thought 10 kt was good enough for a HS ring.