This is my first time ever posting in this forum, so please, be nice.

I am getting married October 3, and got engaged in May. I had decided I wanted to lose 10 pounds for the wedding and tone up, generally, and felt like I had all the time in the world to do so. All of a sudden 10 months passed by, and I realized I hadn't done anything to change my eating or exercise habits! I eat a ton of crap (I have a soft spot for candy in the late afternoon) but have always been semi-decent about exercising; I was an athletic kid whose metabolism only recently started to slow down a bit (I'm in my mid-twenties).

Anyway, so my fiance's sister is going to be a bridesmaid in our wedding and she wanted to lose a lot more weight than the 10 pounds I would like to shed (I'd estimate she wants to lose about 50 -75 pounds, although I'm not sure). I'd just like to share her story as inspiration: She actually started doing Zumba (at my suggestion, actually!) about three months ago. She went from being someone who *never* worked out to someone who goes to exercise class or the gym 5-6 times a week. It's been amazing watching her get into it, and seeing how body change can be done healthily (she decided she wanted to avoid scales, because they can be too disappointing when you don't see the numerical results, and disappointments then lead to binges/falling off the wagon, etc , and she hasn't been starving herself at all). But she has seen and loves the changes in her body, and is developing a whole new confidence she's never had before.

Her success has been very inspirational to me. I decided today that there is no more putting off developing a healthier lifestyle. For me this means cooking more and eating out less, eating less red meat, cheese, and sugar, and, most importantly, getting back to into the habit of working out about 5 times a week. I wish I could do it all through Zumba, because I *love* to dance, especially latin dance, and I've lived in places where Zumba was offered nearby, I can just say, it is the funnest way to burn calories, and the hour literally just flies by!! And it's suuuuuch a good workout. But there's no where near my house or school that offers it, and I already pay an arm and a leg for my gym membership. I do have the Zumba DVDs but it's just not as fun to do it alone, and, I don't think it's anywhere near as good of a workout as the classes I've taken. So, I've decided it's the gym for me, and I will keep writing "offer Zumba classes!!!" every day in the "Suggestions" box until they do.

So, I just went to the gym today and jogged four miles on the treadmill, which was actually an all-time high for myself (I don't think I've ever run more than 2 miles consecutively). I only did it on 6.0 speed, so I wasn't really "running" but I felt like I could have gone on even longer, which is a feeling I've never have felt. The only thing that made me stop was I have a long history of shin splints (boo! - would love tips from anyone of how to deal with them).

Anyway, I just wanted to introduce myself on these boards and so that you know who I am when I join the HLT thread.

Have a great weekend everyone!

Ms. Lola, welcome, you should join us in the Healthy lifestyle thread, Lorelei kicks it off each week and we post about our workouts, or healthy eating or our need for support each day. We are a great group and very encouraging. That is fabulous about your future SIL; I am so happy for her and I bet it is super inspiring!!! Maybe you can workout with her?

I can tell you I have a sweet tooth but find substitution and or just go for it but track what you ate. I actually track calories (but with WW points). Live classes are fun and the music and people get a person going! Can you go with your SIL? I hope you get Zumba soon, Tacori does Zumba, she posts in the HLT. You should join us; the more the merrier. Glad to meet you Ms. Lola!
Skippy

Hi Lola, I like Skippy''s idea of joining your FI''s sister at class and working out it her It always helps to have an exercise buddy. Just work on changing you lifestyle one day at a time. I like Skippy have a sweet tooth but I work it in the my calories I hope you join the HLT group - there are a lot of helpful and inspirational people in the thread.
Marcy
If I woke up in the morning and nothing hurt I might think I was dead. 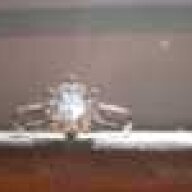 I am also a sufferer of shin splints! But I overcame them and ended up running a half marathon! (a very SLOW half marathon but i finished it either way. )

Anyway, here''s what I found worked the best:

- stretching before and after my running. and I always did a few minutes of gentle walking to get my shins warmed up before I actually started running
- because i''m not naturally a runner (i am convinced that my body is just not as well adapted to running as others) i built up my mileage very slowly. i.e. walk a lap, run a lap, walk a lap for a week and then the next week walk one lap run one and half, etc. even though you feel like you can run more and your shins don''t hurt, they will start hurting if you push too hard, so starting off slow like that helps your shins a lot.
- This is the most important one! After running i always put ice packs on my shins. it helps to reduce the swelling in your legs that causes the shin splints. just put an ice pack on it for half na hour or so. Get the ace banadage ones that you can velcro to your legs, then you can still walk around and do things at home, so no need to stay lying down or actually holding them to your legs.

All this helped me and I was never bothered by shin splints the whole time I trained for my half marathon. But I just went running a week or two ago and it''d been months since i ran, and I pushed myself too hard and had pain in my shins. So really doing a slow build up of mileage is key!