Intro. and a Question 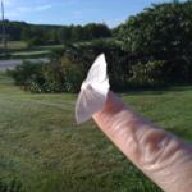 I've posted a time or two here before, but have mostly lurked. It's nice to know I'm not alone when it comes to twiddling my thumbs, staring at the calendar (or at this point, my *watch*), wishing my darling fellow would hurry up and P the Q!

He and I have been together nearly 3 years now, and at the time we met, his ex-wife had just left him to "go find herself" as it were. It turned out to be a blessing in disguise because she was simply horrible to him, and now he's getting to know what it's like to have a woman in his life who truly adores and honors him.

He's an absolute prince in every way -- kind, thoughtful, humble, sensitive, sexy, sweet, manly, intelligent, polite, well-respected in all circles, and the best future stepfather anyone could hope to have for their kids (though unfortunately for us, he's a bit late to the dance as my boys are both either in college or almost so). Even so, he's been a huge blessing to all of us...and best of all he seems to think he's hit the jackpot with me.

Far be it from me to argue that point with him.

Anyway, about me -- I've been divorced for over 15 years, engaged twice in the meantime but never made it down the aisle with either of those fellows (one had a mid-life crisis and ditched me, the other cheated on me, so I ditched HIM ... such rotten luck!), and now I feel really ready for True Love(tm) with The One(tm)...and I sense that he's ready for that too. We've been cohabitating since July and neither of us has ever been happier.

My question is for those of you who have been "the one left behind" in a divorce:

How long was it before you felt ready... to not just love again, but to marry again, and what were the things that held you back or made you hesitant to commit (if any)?

Thanks -- great to be here (even though we all can't wait to have a reason to leave ).

Ciao!
"I will myself put the diamond chain round your neck, and the circlet on your forehead, -- which it will become: for nature, at least, has stamped her patent of nobility on this brow, Jane; and I will clasp the bracelets on these fine wrists, and load these fairy-like fingers with rings." ~ Edward Rochester in Jane Eyre, by Charlotte Brontë

I'm sorry I have nothing great to offer since I have never been divorced, but I wanted to say I am SO happy that you found love again!! Congrats and WELCOME! 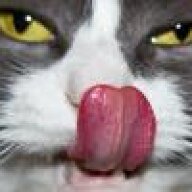 I also don't have much to offer since I have never been divorced but I do have a friend who is in the midst of a divorce. He is waiting the full year before the divorce is final (state of MD requires you be separated for one year before you can actually get the divorce) before he starts dating again and I know he's already at a point where he is ready to commit again and would like to start a family. However, his divorce was mutual and there was a lot of not-so-good stuff going on that lead up to the divorce which made him "over it" before it was even truly "over" if you know what I mean. I think the time frame is probably contingent on a ton of variables, one being his emotional state when the divorce actually happened (i.e. was he totally destroyed and broken-hearted or was he in-the-know for a while about the fact that it wasn't working?).

Anyway, sorry I can't really help but I do hope that your stay is very very short! Congrats on finally finding your "ONE" - I know how exciting that can be after going through a few engagements that AREN'T the one (I've been engaged twice before myself.) It's interesting how, after being engaged a few times, one can easily retrospectively see the stark difference between the ones that weren't right and the one who is....although it's a shame to have to have gone through all the wrong ones to figure it out. But I guess maybe all those wrong ones make us realize just what we need in the right one