So girls...it finally happened...I''m engaged!! It happened on our long wkend getaway trip (to Key West). We stayed at a converted mansion overlooking the beach which is where it happened! I thought it wasn''t going to happen because I had NO idea where he would hide the ring through check in at the airport etc. But apparently this was all part of his plan .. to throw me off the trail. Even the selection of Key West was part of the plan since it''s kind of a random destination! The ring is just as I hoped (I was not involved AT ALL): platinum band, 1.33 carat, tiffany setting. He says I can change the setting if I''d like, but I don''t think I will (I even remember posting here what I''d like and it''s almost exactly what he got!)
Anyway, I just wanted to say THANK you to everyone for all the support..it wasn''t easy at times at ALL! And to my girls still waiting (by yearend), I know it sounds lame, but now that I''m through it I do see it wasn''t so bad. My bf told me it wasn''t so quick and easy finding the ring..finding perfect stone, negotiating w/jewelers, sneaking out my ring (for sizing), choosing settings, getting insurance, getting it cleaned and appraised. I had NO idea there were so many steps. Of course he''ll never understand why the waiting was so brutal when I really did know it was happening soon..but only us girls will understand. SO hang in there!! More later, but we just got back!

Yay, Janine!!! I am sooooo happy for you I know the waiting was torture! Enjoy and I can''t waait to see pics of your ring!

Congrats Janine! Looks like he WAS sneaking out your rings after all!!! How does it fit? Cheers to your new sparkly!! I know it will provide endless hours of entertainment!

Congratulations!!! It sounds like he did a wonderful job picking out the ring and surprising you. I''d love to see pictures of the ring

. Glad the agonizing wait is over and you can now enjoy post-engagement bliss.

After following your story here, I''m so happy for you because it was long overdue!

Congratulations! I can''t wait to see your ring.

Date: 12/3/2006 10:24:14 PM
Author:janinegirly
Anyway, I just wanted to say THANK you to everyone for all the support..it wasn''t easy at times at ALL! And to my girls still waiting (by yearend), I know it sounds lame, but now that I''m through it I do see it wasn''t so bad. My bf told me it wasn''t so quick and easy finding the ring..finding perfect stone, negotiating w/jewelers, sneaking out my ring (for sizing), choosing settings, getting insurance, getting it cleaned and appraised. I had NO idea there were so many steps. Of course he''ll never understand why the waiting was so brutal when I really did know it was happening soon..but only us girls will understand. SO hang in there!! More later, but we just got back!
Click to expand...

I''m glad you feel this way! I look back at my LIW time with fondness too, and I laugh a little at myself for feeling so insane... 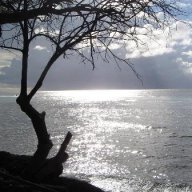 now on with the pictures!!

Whoo hoo! Congratulations! Give us the scoop! How did it happen? How did he hide the ring through security?? And, pics! Lots of pics! Yippie! I''m so happy for you!

That is awesome!!!! Congratulations! It''s your turn to show us some pictures

I''m very happy for you Janine!. I hope whatever issues you had before (having kids, etc) are completely clear now and you are both ready for this awesome new part of your life!.

Thank you so much everyone!! This is an amazing feeling (and I AM not an expressive person). I feel like I''m on some crazy happiness/love high and it''s hard to concentrate on work (which I really need to DO!).

How it happened~ well I had a feeling it might happen, but I''d had that feeling before, so wasn''t sure at all! I did catch him rustling in the closet early one morning (I got out of the bathroom earlier than he expected) which was a big clue. BUT I couldn''t understand how he''d sneak a box through check in/security! We checked in our bags (so...no ring in there) and he had no carry ons. I did NOT notice any bulges in his pocket, jacket (believe me, I was looking). And he seemed so non-chalant--not like some guy carrying something very expensive. So I started feeling disappointed and drafting my post here in my head saying it stilll hadn''t happend.etc etc.
Then on Friday night he said he''d made a reservation at some nice place. That was unusual, b/c when we''re on vacation we usually just do things spontaneously. So, once we were ready for dinner that night, he went out onto the balcony of the hotel (which overlooked the ocean) and so I followed him and once we were outside looking at the ocean, he said I looked really nice (and I really hadn''t done anything special since Key West is casual...so I knew something was up!) and he pulled out the box and said "will you marry me"? It''s kind of a blur after that! We went to an amazing dinner then champagne drinks. So that''s how it happened...

Anyway, it turns out he had the ring in a tiny plastic bag tucked in his wallet. He also has the ring insured..so knew he was covered. He really was good at tricking me..and said he wanted to do it on a random date, and throw me off the trail...because he figured I was expecting it and wanted it to be a surprise! He told me he''s been working on it for months and now I feel bad for all the talks, but how was I to know?

It''s such a liberating feeling too because we''ve been together so long that we know each other inside out, and now it''s just crusing to the future. He said that too..that now it''s such a relief b/c we can just plan and look ahead! He''s been mentioning things about kids too so I think it''s all like a package deal now..that we''re through it and just ready to build an awesome life together. This is such a great feeling, I don''t know why everyone doesn''t do it and why guys don''t rush to do it (haha).
Anyway, enough from me,,..thanks to all. And butterflies, how''d you post your photo??
B

Such a sweet proposal! He really pulled it off and surprised you!

About the photos, I followed the instructions that someone so kindly posted for me on here:

I am very happy for you. It sounds like a wonderful weekend and proposal. Yay! Looking fwd to seeing pics of the ring. Now the planning can officially begin!!

Great news janine, I''m so happy for you both.
J

thanks kimberly! i'm on such a high, it's gotta be the best natural drug! i'm hoping it lasts, but seeing how i live in nyc, it's tough to block out all the hustle bustle and craziness (holiday season is TOO crowded here).

now i've got all these questions on my ring..(I dont' usually wear jewlery)..do you newly engaged/married girls take it off at night, when showering/getting ready? I'm always nervous I'm going to damage it when it gets caught in my hair or hits something..I'm not used to wearing such a great ring! And how long before people usually set dates..I've already had so many questions and it's only been 2 days. I thought I'd get a few weeks or a month at least!

crownjewel: you're right, he was sneaking out my ring!!I didn't tell him I'd noticed (he put it back upside down!)--he was so proud of his top secret actions, it's cute! oh, and the ring fits perfectly. apparently i'm a 4.75..tiny!

I tend to take my rings off before bed and put them back on when I am showered, dressed and ready to go in the morning. I don''t wear it to shower, do my hair, etc. because of all the products involved. If I''m doing something active I usually just wear my wedding ring or no ring at all because i hate the feeling of my hand swelling and the ring being stuck.

We got engaged mid-December and set a date in the beginning of January. We wanted to give ourselves some time to just enjoy being engaged and get through Christmas before we started planning a wedding. We were married in August, so we were engaged for about 7.5 months. I just told people exactly that I liked being engaged and we''d get to the wedding planning soon enough.
L

As for setting a date, I am not officially engaed yet, but we have already set the date, lol! Just waiting for the ring to be completed then bf can decide when he will propose...

Congratulations!!!! Finally, someone from our year-end club can get crossed off the list!!! I hope you will stick around and provide support for us still waiting!! Congrats again! The ring sounds beautiful and the whole trip sounds perfect!

What a sweet proposal! I can''t wait to see your ring...

About the ring questions, I do like KimberlyH. I take it off before going to bed at night and put it back on after I''m showered and ready in the morning. I also try to remember to take it off while washing dishes, doing some cleaning or messy cooking. It''s very delicate (1.2 mm shank), so I baby it!

And you might search the boards for a thread on how you wear your ring. There are some that are very careful and wear them only when they''re out, and don''t ever wear them when doing anything rough,etc... but I am of the camp that just wears it ALL the time. 24/7. I tend to lose things easily, so I don''t like taking it off, except to clean it... DH is of the mind, well, I spent all that freakin'' money on it, you might as well wear it!! If it gets damaged we''ll just replace it. (I still worry when I accidentally bang my hand on the wall, or something, but it''s been over 2 yrs and I''ve worn it thru everything, gardening, washing dishes, showers... and not had a problem... yet!)

Congratulations Janinegirly! Are pictures posted in a different thread? I can''t find them.
~Maria D~

Thta''s great news! Can''t wait to see your ring! (And I''m one that takes mine off before bed and puts it on when I am ready in the morning. I try to avoid getting soap and water on it during the day when I wash my hands, too!)