DH and I have an opportunity to leave the kids with the nanny for a 3-night trip away (woohoo!). We live in San Francisco and would like to get far enough away so that we feel like we''re on vacation, but not so far away that transit would take up too much time. The type of stuff we want to do: EAT WELL, windowshop (but of course), maybe get a little exercise i.e., hiking, be entertained (shows? concerts?), maybe some golf for DH, and to SLEEP DEEPLY -- will be heaven not having to wake up 5 times/night to deal with a teething 2-year-old. A view of nature such as water or mountains would be nice.

Santa Barbara? Cabo? Vancouver? Vegas? Where would YOU go? 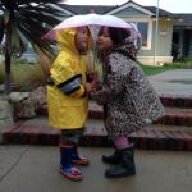 lol we''re boring. we''d go to palm springs. it would be really warm then but not ROASTING like in the summer. there''s golf, lots of good food, lots of R&R...we''d stay at the parker where we typically stay and get massages and hang by the pool and just eat and relax. mmmm.

we''ll be going in july or august most likely because it''s just so much cheaper and then it''s pretty dead since it''s sooo hot, and there are way less people around, making it even more relaxing!

mmmm if we had a second option, 3 days...probably new york. not for any pool time or anything, mostly for food, fun and shopping. i''m not that into the whole santa barbara thing as it''s never warm enough for me so i figure might as well stay home or go somewhere REALLY warm.

Vegas, definitely! Has a little something for everyone 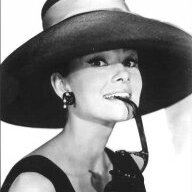 I have never been to Vegas, so I put my vote in for that one.

However, I live in NY, so I would have actually voted Catalina, Sausalito, Carmel, San Diego, Napa/Sonoma then Aspen.
California is where I GO when I want to get away from the madness...we have enough of that Vegas-ishness here!

What are YOU looking for?
"Sometimes it's OK to throw rocks at girls...as long as they sparkle! 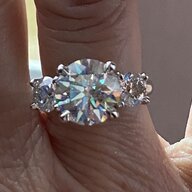 Since you''re in San Fran, a flight to Hawaii isn''t out of the question. I would definitely go there for 3 nights either to Kauai or the Big Island.

DH and I have an opportunity to leave the kids with the nanny for a 3-night trip away (woohoo!). We live in San Francisco and would like to get far enough away so that we feel like we're on vacation, but not so far away that transit would take up too much time. The type of stuff we want to do: EAT WELL, windowshop (but of course), maybe get a little exercise i.e., hiking, be entertained (shows? concerts?), maybe some golf for DH, and to SLEEP DEEPLY -- will be heaven not having to wake up 5 times/night to deal with a teething 2-year-old. A view of nature such as water or mountains would be nice.

Santa Barbara? Cabo? Vancouver? Vegas? Where would YOU go?

I would NOT go north.... it is miserable up here still in april - it doesn't get really nice until june/july/august/sept/oct here. Even june is iffy. This is THE best place to come in august.... but I digress.

I would go to sedona LOL Hole up in a B&B or at a resort with a pool and spa facilities Or palm springs. April it is just starting to get really nice and warm. I wouldn't go to cabo or it defeats the purpose of not taking up all your time in travel.
Sara

Wherever you go it will be nice just to have a break from the kids. I would agree with the others that suggested Vegas. It has everything and would be an easy flight for you.

Well, not everyone is the Vegas sort of person. We love it but my sister and her husband hat it.. They think it''s fake, gaudy, and just generally dreadful, and wouldn''t step foot in it if you paid them. I think the fact that it''s not real is part of it''s charm, it''s like an adult disneyland where you can indulge in a weekend of makebelieve and fun.

Depending on when in April, there''s the cherry blossoms in DC. Hawaii is about the same distance as the East Coast, right? Both can eat up some vacation time with the flights though...

Hah! I know! How about a beautiful city that feels like it''s in a different country, maybe an old Mediterranean town except for the picturesque snow capped mountain! You can wander twisty old streets lined with flowering trees and crammed with 100 yr old adobe houses. It has so many art galleries you could never see them all in a weekend, museums with art you''ve never seen before, unique jewelry shopping, food that''s totally different from home, and it even smells different! This city is so unique in the US it''s even called The City Different.
You can go horseback riding in the hills, hiking in the mountains, explore ancient ruins, and it might even still be ski season... ok probably not.
All this and it''s only a two hour direct flight (and a one hour drive past indian reservations with pueblos to visit) from Oakland/SF!!
Some come to beautiful, sunny Santa Fe, NM!!

Ok, I sound like a comercial! I swear I haven''t been paid off by the city!!

Honest! Even after we move, we''ll still be coming back here for vacations!

I am not a fan of Vegas. DH likes to gamble so he enjoys it, but it's not at all up my alley. I would go to Lake Tahoe. Gambling, good food, a BEAUTIFUL lake, relaxed atmosphere, sort of secluded. Yup, that would be my choice.

ETA: I would probably go somewhere else if it was for more than 3 days, but I would feel like I spent 2 of my three days traveling if I went any further, which would defeat the purpose of getting some R&R.
V

I vote for Hawaii!!

leave the kids, check into a hotel in your very own san francisco, and get to know your city even better. so often we ignore the jewel in our own backyard.

Hey I was just thinking that! I was out there last year about that time & LOVED IT! Ten Thousand Waves spa ... dinner at The Shed ... Pscopers had lots of tips for me ...and I stayed at a place with a 5* rest right in it ... hmmm where was that ... oh yeah The Eldorado. Fun fun fun.
** DISCLAIMER: Advice from decodelighted is for entertainment purposes only. decodelighted is not a licensed therapist, lawyer or medical professional. The role of decodelighted may be played by a revolving panel of wise a**ses and/or fluffy & delightful pets. Do not taunt decodelighted. Letters to decodelighted become property of decodelighted and may be plastered on billboards or mailed directly to offensive people mentioned in the content of the letter. Privacy can be assured only through appropriate cash or cake tithes to decodelighted. decodelighted is watching you. Copyright 2011, decodelighted. ** 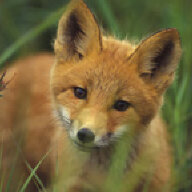 i''m going to vegas for 3 days in mid-march (st. patty''s day woo-hoo!)...i was just there for 4 days in december. my vote is for vegas if you''re looking for a more energetic trip -- a departure from the norm. there is so much going on there, and so much to see and do that it really is a distraction or escape from life.

if you''re looking for a romantic, relaxing, luxurious trip then i agree... palm springs or wine country (south or north CA).

either way, i''m glad you''re getting away. you deserve it! have fun

GREAT packages through North West airlines from SF direct. Oh Yeah.
"So often in life, things that you regard as an impediment turn out to be great, good fortune." -- Ruth Bader Ginsberg

Oooooh...I know what I'd do!!! I'd book a cottage at San Ysidro Ranch in Montecito (near Santa Barbara) http://www.sanysidroranch.com/

Apparently all the glamorous hollywood types in the '20s-'40s held trysts there.

Vivian Leigh and Laurence Olivier were married there, and John and Jackie Kennedy honeymooned there. How's that for class???

If that's too 'civilized' for you, I'd look for a cottage/B&B on the wild blustery coast of Mendocino County...

ETA: IMO Mexico and Hawaii are too far away for a 3-day getaway...but New Mexico sounds great...how about Taos?

cheers--Sharon
"People who possess great qualities, do not need to show off".
M

Definitely Hawaii, without a doubt. We would also consider Scottsdale, AZ (you can go to Sedona for a day trip). Have fun!
MaxineRet

Since you only have three days, I would NOT got to Hawaii - it''s too far of a flight for only three days. If it were me, I''d choose Vegas, Palm Springs, Arizona or perhaps somewhere In Mexico (west coast).

Have fun, wherever you decide!

KD...When you decide, you HAVE to tell us where you''re going. And of course, report back when you return... 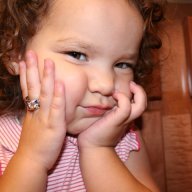 I would stay on the beach at the Hotel Coronado. Get a really nice suite if it could be afforded and just relax.

Last year DH and I were able to get away from our three little kids for a few days. We went to Vegas and had a blast just like we use to before kids. But man did we pay for it when we got home. In Vegas we stayed out late, went to shows and just partied! Although it was a fun trip, it was not relaxing in the least.

Keep us posted on what you decide 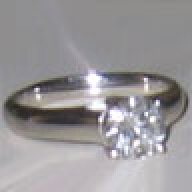 Actually, I would go just where you are - San Fran! But since you are already there, how about Napa or San Diego?

I would go to New York City and stay at the Pierre Hotel. I would see some shows, visit museums and (of course) all the jewelry stores.
"I never met a diamond I didn't like."
No jewel is as beautiful as a cat's eyes.
Madam Bijoux (Gabrielle)