I copied this from paaul from Antwerp.
I thought it was so good that yo'all needed to read it

"With GIA being the most reputable lab (together with AGS) in the U.S., it is natural for you to put a lot of faith in their grading report. On the other hand, HRD is a rather unknown report in the U.S., and as such, its value is underestimated.

First, I want to look at both reports in detail.

Colour-grading: My experience with both labs teaches me, that in the very high colours (D-E-F), HRD is generally more strict than GIA. In Antwerp, I try to buy specific HRD higher range E-colours, and very often, I get a GIA D-grade for them. The other differences between the two labs are minimal.

Clarity-grading: GIA is generally slightly stricter in clarity-grading than HRD. For borderline-impurities, GIA will give one clarity lower than HRD. The big difference is in their highest grade, which has a different name. HRD works with 'loupe-clean', and will grade an impurity that is less than (I think) 4 micron as loupe-clean, since it cannot be noticed with a 10x-loupe. GIA works with 'internally flawless' and 'flawless'-grades, and this is totally different. Therefore, most HRD-LC-stones get a GIA-VVS1-grade. In other clarities, the difference is minimal.

Proportion-grading. GIA does not give a grade on proportions, whereas HRD gives a highest grade of 'Very Good'. For us, cut-geeks, the range of 'very good' is way too broad, but some information might be better than no information.

These are the differences. Personally, as a professional, I find it easier to make a first selection of goods, if I can work with a HRD-cert, than if I need to work with a GIA-cert.

Now to politics. Working in Antwerp, and having thousands of HRD-reports available here, I do not understand why HRD does not do a better job of promoting its report in the U.S. I fear that politics is the reason behind this.

A few years ago, GIA was apparently preparing to set up a lab in Antwerp. Somehow, this lab has never started, and HRD is now heavily promoting its report in Canada, Dubai, the Far East, but not in the U.S. Could there be some kind of gentleman's agreement between the two labs?

Also, HRD is an organisation, that is run by representatives of the Antwerp diamond trade. Most of these representatives stem from the biggest offices in Antwerp, who often have established business relationships with U.S.-importers. These importers make sure that all their stones get GIA-reports, and as long as they keep up the image of a GIA-report being the only reliable one, they make life very difficult for small Antwerp companies, who try to sell HRD-reports in the U.S.

To sum it up: as far as I am concerned, HRD is not a less reliable lab than GIA, as long as you are aware of some basic differences. In the end, it all comes down to where you are buying the stone. You need to buy it from a person, who can check a report, and who is professional enough to interpret that report, and if this does not suffice, you can still work with a professional appraiser.

Paul's post was an excellent and seemingly informed piece of knowledge. This highlights the complexity of using only a document to judge a diamond's look or even its value.

If experienced dealers cannot hope to do it, imagine how little consumers can use properly judging a diamond only by the a diamond grading document.
David S. Atlas, GG(GIA)
Certified Sr Mbr(NAJA)
Ideal-Scopes-ASET Scopes-Diamond tools
A

So what is your comment on the severity of difference for cut? Is HRD too lenient or is GIA too strict. If HRD grades a stone as Very Good, is that equal to Ideal?
na 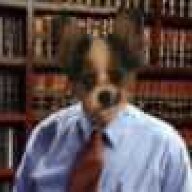 might i suggest that you re-post the specs of the stone you are considering? that might help people give you a more concrete answer.

I think I answered that in another version of this question here.

"These definitions are substantially different. The AGS rules are quite a bit narrower and with the exception of table size, are entirely a subset of the HRD rules. The HRD system uses slightly different language to describe girdle and culet and I’ve converted them to make comparison easier."

So my question is this: How can two reputable firms vary so greatly when talking about the same thing. How can one claim "very good" and on the other scale it would merely be "mediocre"??

Okay here is a point of interest.

I drew out a scale diamond and entered in all of my KNOWN numbers as per the HRD certificate. I calculate my pavilion angle to be 41 degrees and my crown angle to be 34 degrees. This changes my score on the HCA 100%, now the stone is graded at 3, rather than 5.8. This would make the HRD score of "very good" make more sense.

Couple of things:
1) My calculations are only as good as the info on the HRD report (+/- accuracy)
2) My calculations are only as good as my trig/algebra skills
3) The HCA scale does state that angles are MORE accurate than percentages (the original values we were entering on the HCA scale)
4) Perhaps we can conclude that the HCA scale should only be used when angles are involved and not percentages.

Any comments or am I jumping to waaaaay too many conclusions?
na

Anthony you should only use %'s to decide if a stone is worthy of further consideration - then ask for angles and if it still checks out, then examine it or have it sent to an appraiser.