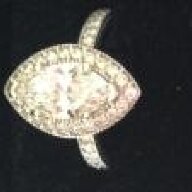 When was white gold FIRST made available and used in jewelry, such as wedding rings? I have found several references to the 1920''s as being the era when white gold became popular, but was is used or even available at all, prior to that time? I was under the impression it was not available, prior to 1900, yet a friend of mine says her jeweler dates her 18K white gold ring to around 1890. I am wondering if I am mistaken about this...

Any additional info would be appreciated!

Or maybe the jeweller is mistaken, either in dating the ring or in thinking it''s white gold! As far as I know white gold alloys were developed in the late 1910s-early 1920s as a cheaper and easier to work alternative to platinum.

Yes, the 1910-20''s era is about the time it became widely used...that''s what I read too...not sure why her jeweler would date the ring to the 1890''s...and it is definitely white gold. I saw it myself! Unless my friend was mistaken and heard something wrong...I just didn''t want to say anything without being sure of the dates myself!

I don''t think it was plated...it has an unplated, white gold look, a nice patina...the jeweler suggested that it be replated, but my friend decided against it. It is white gold, but I think it''s later than what the jeweler said, or my friend was mistaken about what was said. IMO, the ring is not that early...it looks like a 1915 or later ring to me.