He''s not my boyfriend anymore

We got up early this morning, and headed into the city. We had an amazing breakfast at a place called Toast, then headed to the MOMA. I''ve never been there before, so it was really cool. I was a little disappointed when we left because I felt like he was going to propose there, but I let it go and decided to just enjoy the day.

From there we went to a cafe that we used to go to years ago. After some hot chocolate, I excused myself to use the ladies room. When I got back to the table, he said he had to take his jacket off because it was too heavy with "all your crap in it!" I was confused because I knew that I took my sunglass case back, and told him I didn''t know what he was talking about, and then he said "Well I''ve been carrying around this!" While I was in the bathroom, he took the ring out of the box and put it on his pinky (doesn''t even go all the way up to the middle knuckle, lol). I didn''t know what to say at first, then I said, "Well, aren''t you going to ask me something?" He said "Will you marry me?" I said, "No...ask me again." He did, and again I said, "No, ask me again." So he did, and on the third time I said yes. Then I explained to him how my father had to ask my mom three times before she''d say yes.

From there we went to the Magnolia bakery and got an amazing cupcake to share, and then drove the hour and a half home, picked up a pizza to have with some Fish Head Dog 90 minute, and here we are.

So we are officially engaged, and I have a very pretty little ring on my hand. I''ll upload a picture later (going to go take a nap with my honey). I have NO idea about the stats, but I''d say it''s between 60 and 78 points, about a F-G color, SI1 clarity, old european cut, with a tapered baguette on either side set in platinum. It was his mother''s ring, and I am very honored.
Melissa

Oh my gosh, Winks Elf, CONGRATULATIONS! This is one post I've been waiting for!!!

Ok...now going back to reading the actual story.

ETA: Read it! What a wonderful day in the city culminating in the sweetest proposal! I cannot wait to see pics of that ring. All my best wishes.
Now a Mrs.!
K

Congrats! That is such a sweet story! Now PICS please!! 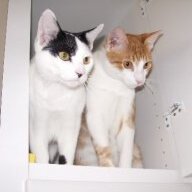 Congratulations! Sounds like a perfect proposal! Your ring sounds gorgeous too! I can''t wait to see some pics!!

Oh, congratulations!!! I love the proposal story! Oh, and I can''t wait to see it too!

Congratulations! I''ve been keeping an eye out for a post from you today! I love that you made him ask three times to mirror your parents, and how special that it is his mother''s ring. Can''t wait to see pictures!!
*Steph*

Yayyy!!! What a sweet proposal - I love that you made him ask three times, too. Can''t WAIT to see the pics of your beautiful heirloom ring! That is incredibly special.

Aw what a cute story! It sounds like you had a really lovely day in the city. The ring sounds gorgeous too. I hope you enojoyed your pizza and Dogfish Head 90 Minute IPA (that is one of FI''s FAVORITE beers! He covets the few bottles a year he buys).

Congrats, Winks Elf!!! I''ve been waiting for this post

Can''t wait to see the pics!

p.s. Toast = AMAAAAZINNNNG. What did you eat? (I know, totally inconsequential, but I am obsessed with that place!) 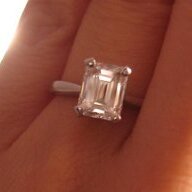 WOW. congrats!!! how wonderful. you must be so excited!! I can''t wait to see pix of the ring.
Which toast did you go to? There are two.

congrats!! I cant wait for the pictures!!

Congrats! That is such a sweet proposal. I love that you said ''no'' at first. hehe. I bet his heart was racing! Can''t wait to see pics. 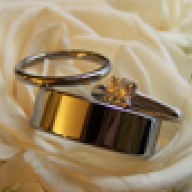 Misskitty : Both had skirt steak and eggs. Most Godly steak you'll ever eat! Strips of marinated skirt steak, three eggs any style (him scrambled, me over easy), home fries topped with caramelized onions and english muffins.

Happydreams : The one by Grant's tomb.

Clairitek : The 90 Min IPA is rated 99 by Wine Enthusiast...it is indeed the most delicious ale I've ever had the privilege to try! (and it goes GREAT with chocolate!!!)

Ckrickett : I have to finish printing them out and putting the bows on 'em!

I felt it was bad luck to finish before he proposed. I'd better get busy!

Its dark here now, so I'll have to take a couple of pictures tomorrow. We didn't bring a camera with us into the city, and my iPhon is hard to hold still when taking pics. I apologize for not taking a few already, but it will have to wait til tomorrow. 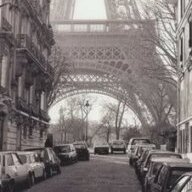 
"So long as I can breathe or I can see,

So long lives your love which gives life to me."

Congratulations! I am so happy for you, I know you have been waiting for this. The ring sounds lovely, and I love the fact that it is being handed down from his family. 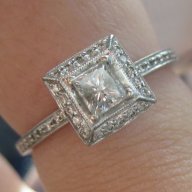 Hey- I love toast too... and congratulations!!!!

congrats congrats on your enfiancement

thats such a great afterward to go there and share a cupcake - very nyc! and i love that you made him ask three times

Congratulations! It sounds like you had a wonderful day and a very sweet proposal. Best wishes for a long and happy life together!

YAY!!! You had a sneaking suspicion it might be yesterday and you were right!! Sounds like a lovely day, and how wonderful that he has given you his mother''s ring. Can''t wait to see it! Congrats!!!

Congratulations!!! I love how your fiance presented the ring to you on his pinky! 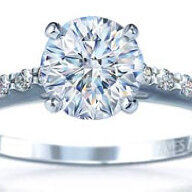