Have You Ever Tried To Sell A Diamond?

Check out this article, published in 1982:

Have You Ever Tried To Sell A Diamond?

I read the entire thing and found it very interesting. Anyone care to continue from where it left off in 1982 to where we are at now? Any speculations on the future of DeBeers? What about their recent handling of sight holders? How stable do you feel "the diamond invention" really is? What do you see in the future?

Nate, we had an interesting thread a couple of months ago on the "investment" nature of diamonds. It's a good read to get other perpectives on the issue. Do a search on author Abbott. The thread is called "Investment".

You will also gain mystery into the female mind. 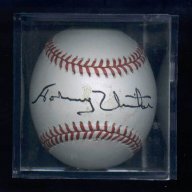 I realize this is bringing a dead horse back to life only to have it beaten again *lol* ... but... I found this line particularly telling (as I was not much in the diamond market at the time... I was in diapers).

Yowza! I realize that we are picking nits most of the time between the top 0.5% of the cut diamonds out there... imagine how much more difficult (and indecisive) many of us would be if the .78, 1.13, 1.51 or 2.08 was even in the NEIGHBORHOOD of these prices (not to mention the horrible cuts that many of these 1ct D IF (or F?) stones would have had!)

What the sensationalistic author of this statement fails to mention is that the price of a one carat D-Flawless in late 1978 - early 1979 was a little less than the Sept/81 price.

What he fails to point out is that the price of diamonds at the end of the spike was pretty much the same as the price before the spike. A little higher, if I remember correctly.

In other words, with the exception of the spike brought about by diamond "speculation", (which was discouraged by DeBeers and about every jeweler alive), the average price of diamonds remained constant.

In my opinion, that article was a very one-sided, sensationlistic piece of journalism designed to sell magazines. Presenting a fair and balanced view seemed to be the last thing on the author's mind.

A couple years ago I went back and researched the wholesale price index of diamonds from 1948 to the current day. The average annual price increase was a little over 5%.
Rich, non-Independent GG Appraiser
Sarasota Gemological Laboratory

You can do nearly anything with cooked statistics. A D-FL is a poor example to use when attempting to discuss the "diamond market" in a truthful and general way. Prices did spike along with gold and silver. The Hunt brothers did a real number and people fell for it. It was a speculative bubble that really burst, but diamond dealers made lots of money on the way up and lost some of it on the way down. Normalcy returned and the liklihood of a re-occurence is very slim.

If you'd examine the prices of I-SI1 1ct diamonds during the same period you would see they went up some, but didn't really do anything so drastic or scary. The lightest traded, least available, and only of limited use stones, such as D-IF went wild, but only a few scam artists had a field day. The world went on and prices came back to a balanced situation.

A consumer selling a diamond is always a can of worms. You have an individual trying to sell something that they don't truly understand to either expert dealers or to other, non-expert and scared consumers. It isn't easy to sell at a fair value when one or both parties don't have access to all the relevant facts. Most consumers are forced to accept a distress value for an unwanted diamond. That's a fact of life. While you might not like to sell for a low price, it is better sometimes to sell than to just put it in a drawer and not to sell it. Your reasons for selling versus keeping something must be examined. I buy distress value diamonds for resale within the trade. It can be done in a friendly way, but I have seen many a pained look on people's faces in the process. Sometimes what must be done has to be faced up to and you learn from it.
David S. Atlas, GG(GIA)
Certified Sr Mbr(NAJA)
Ideal-Scopes-ASET Scopes-Diamond tools 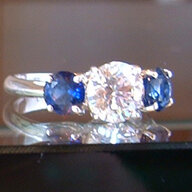 ...Thus began my obsession with diamonds and upgrades.

A consumer selling a diamond is always a can of worms. You have an individual trying to sell something that they don't truly understand to either expert dealers or to other, non-expert and scared consumers. It isn't easy to sell at a fair value when one or both parties don't have access to all the relevant facts. ----------
Click to expand...

Or access to a retail market. I know this is a diamond board; but, this is a fact of life with most purchases. Unless collectibility is involved (like when the Volkwagan bug first was introduced), if one buys at higher retail one is not going to be able to sell at that price once out the door of the *most* stores. My point, I don't think this phenom of losing money on a reselling an object such as a diamond is unusual in the real marketplace.

That said, the silver bubble of the late 70's has made what I sell *more* rare as, back then, people rushed to melt down heavy 980 silver for scrap. I do remember the diamond bubble. It did effect the price for the average consumer. We still saw the effects in the very early 80's. The dealers were trying to recoup money on their inventory bought high.