Feasable to purchase and return with loose diamonds from Israel?

Greetings all, I am new here. I discovered this site in a furious attempt to learn about the purchasing of diamonds from Israel, and subsequently returning them to the US.

This is not a general query, I have confirmed dates and tickets. I will be in Tele Viv within the next two weeks. The trip is a vacation that after a plesent experience with a diamond purchase led me to think that while I am abroad perhaps an investment of 10k or so may result in a few nice stones coming home with me. So I have devoted two days to Israel prior to my return.

Is this legal? To purchase and return to the US with diamonds? Is it possible to do so without retaining a membership in the Israeli Diamond Exchange?

Will anyone there even speak with me?

I am aware that the risk of buyer beware is a condition regardless of whom or where I choose to purchase, I am interested in learning if
1) This is even a possibility or 2) It is legal to do so.

If I arrive and it doesn''t work out I will not be distraught. But I would like any assistance or information that may set my sights at the proper level.

I will obtain my visa (hopefully) upon arival, and I will be flying business class. This will be my first time using my passport abroad. I have no criminal history or association with any religious sect in the area(west bank)
I suppose what I''m hoping to do is show up at the exchange and buy some decent stones at great prices. Does this seem crazy or unreasonable? Fun? Possible? If my ignorance on diamonds leads me to purchase fake ones so be it. I''m just hoping there is a store/facility with a door that will allow me access and take my USD

Any insight/opinions/guidance would be greatly appreciated!!!!!! Thank you!

Israel, perhaps more than most places, has plenty of jewelers who would be happy to talk to you (and a few who won't). Yes, it’s legal. There is no specific import tax on diamonds into the United States although you should be prepared to pay the equivalent of sales tax when you enter the country for goods purchased overseas. I assume you're a US resident and I’m curious why you’re interested in doing this.

To be even more direct than Neil:

It''s totally legal. It''s most likely not wise unless you are highly experienced at buying diamonds and have good contacts. Not because it''s Israel - simply because any issue would need to be sorted out across the ocean and language, culture and legal barriers, plus you are unlikely to find any bargains.

"... Fun? Possible? If my ignorance on diamonds leads me to purchase fake ones so be it."


Have you considered Las Vegas? Pissing away $10K there would be closer and have a higher "fun" potential

To seriously address your concept, you are unlikely to save any money compared to online, you might end up with poorly graded stones (EGL Isreal anyone?), and you probably have to pay customs duty.
"Truth is generally the best vindication against slander - unless it's always being censored"
A

Actually if you are interested in purchasing diamonds from Israel then you would want to go to Ramat Gan, not Tel Aviv. Ramat Gan is the true Israeli diamond center. Also it is completely legal to bring in diamonds but make sure to declare it with customs, when they ask the value of goods purchased while abroad. Under $10k is acceptable, anything over MUST be declared or customs can seize the goods indefinitely. Another thing you might want to keep in mind is that EGL Israel certificates are generally bogus, in the sense that they are very casual with the grading.

If you really want to have fun there are other things you could do, like go to Montana where you can mine your own rough diamonds and then fly to New York and have them cut by someone. Lots of mines in that area that yield diamonds, sapphires (some of the best quality in the world), gold, and other valuable commodities. And if you want to fly abroad and purchase then go to Antwerp, Belgium, The Diamond Capital of the World. As a manufacturer of jewelry that is where i go to by mine.
Aayush
New York, NY
T

Wow I actually recieved some useful responses thank you!

Mr denverappraiser thank you! I am in fact a US citizen, and this would most certainly be my first attempt at anything gem related.

Why am I doing it? Well I suppose I thought it would be fun, memorable, and not the craziest thing I have ever done!
In fact most of my ideas have prooven to be very fruitful. Hense the ability to chance loosing that much.

It started with my boyfriend bidding for a loose diamond on ebay. He forgot the end time and missed the last 5 min resulting in being outbid.

It came in a week later and we were both dissapoited ... it was huge but yellow! Not terribly yellow, but apparently K rather than a J?

So I kept it in its delivery bag, a small plastic bag in my purse. Or laid on the kitchen counter etc.

So we went to the mall and happened into my local Marks and Morgan. After blowing off the polite saleman about a bulova, my guy requested that I view the engagement rings. We did, and he followed. For whatever reason I pulled the diamond out and watched his eyes light up.
I know NOTHING of diamonds. This was not the case for this gentleman. He proceeded to wipe, weigh, and place in a device akin to a highschool scope.
After inspecting and calling a saleswoman over to take a look he the measured it with a digital..? He wrote down the measurements and proceeded to explain why it was important that it not be a shallow cut or to deep? He stated that it had one inclusion and let me look. He explained that what I was looking at was carbon, and after his love making to the thing declared it to be worth 15k to 20k.............. which of course must be ludacris.
Apparently although not a E or F color the dimentions made it exceptional. He sneered when looking at the tattered bag that I kept it in and promptly gave us another one after writing the measurements on it.
After inviting us to have it placed in a setting the next time they held an event he slipped a card in my purse befor we left.

So mabey its not worth as much as he claimed, I truly dount it is. I felt like I was on antiuqe roadshow.
But it certainly got my attention....

So yeah, I thought I would give it a try. Crazy possibly, but I stand to achieve a better return than my etrade account has fared lately!

Mr Pear I am going to Vegas at the start of the trip! I will only be there for just over 24hrs, but my birthday hits midnight and then its off to Kennnedy before London. I don''t know how to gamble either!!!!!!!!!! But I thought I may have better luck at stones than blackjack

I thought, ( obviously incorrectly) that it could be possible to find a deal. It would indeed be Ramat Gan, just outside of Tela Viv. I was hoping to take the second day to visit Jerusalem ( diamonds in pocket and all) Ha! I am unsure of how to bring suitable amounts of cash along. I decided to spread it out between us two. I have to pay the vat after declaring the satchel. What if they take it and claim I never had anything to begin with?

I suppose I sound nuts to the pros here........... but everything I am good at I had to learn somehow. It always seems to start this way........ I have not been unsuccesful thus far. So as long as I don''t hide or swollow them I''m ok right? I guess this is a stupid Idea.
Well at the very least thank you for preventing me from ruining my vacation!!!! 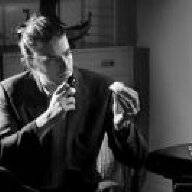 I admire your adventurous spirit, and I don't think you are entirely crazy, but diamond buying in parcels requires such expertise that I can not recommend it to any novice. However, Israel is the home of many fine international diamond and jewelry companies. And a trip there could be a perfect time to buy some jewelry.

As I deflate from my aspirations I have been looking into a more extensive stay in NY, but it seems to be a bazzare atmosphere as I read of the "diamond district"
All of my stays in NY were as a priviledged guest ( I can think of no other way to say it) and carry the lovliest memories.
I could not dirty them with a terrible experience brought upon by my own ignorance. In a matter of a few hours I have scared myself off of what seemed to be so adventurous. I suppose the travel industry will have to do for now

The F/business flights are changeable FOC but the LAS-JFK was expensive! I guess its better to spend a few more days in vegas and loose money there rather than return jetlagged, sleep deprived with only few a piece''s of glass to show for it

I feel I may have gotten far beyond my head in a very competitive, and somewhat intentionally deceptive market!
I suppose I have no place here, but I do take away a friendly feeling and perhaps one or two places to send queries for purchases! That is certainly better than an annonymous vendor

And most certainly next time I''m in Breck or Vail I will be sure to stop by for an appraisal! Mr denver was consistantly popping up in searches from 2005! Thats a hard earned reputation Mr!

Bye all, I will not waste your bandwidth anylonger. CHEERS!