What is your favorite diamond cut? I really like the emerald cut, but I find myself gravitating towards the round everytime I look at rings. However, I just find the round so boring and I wish I didn''t. Here is the ring with the round stone I am looking at. The company is willing to make me a matching wedding band to go with it that will sit flush. Here is the link, for some reason I can''t seem to post the picture. It is a cz as I cannot afford a real diamond:

I'm an emerald gal myself. It's a very introverted stone that draws me into it's depths. I also love the antique cuts, especially Old Mine Cuts. Of the other modern cuts, I'm really like the Regents right now.
A

I think that people tend to ooh, and ahh over a round, vs. fancy cut stones.
I've gotten more attention with my round, than I ever did with my original marquis. Size makes a difference too, I'm sure.
I've always had to second guess the "real" stone vs. the "fake" when it comes to fancies.
That's my opinion, and I'm sticking to it

Hmm I'd have to say round first and foremost due to the excellent cuts out there...but I also really like the look of the step-cut squarish Asschers. Beautiful, like a pool of water you fall into.

I am trying to decide between an asscher cut and a round. I also really like the emerald cut. I may just have to draw straws.

There are too many beautiful cuts to pick one favorite. However, I actually stumbled across my dream diamond while doing a search for a stone for a friend who wanted something warm over three carats. It wasn't so a particular shape I was looking for, but rather a combination of beautiful cut, warm color, visual impact and price. I found that in a 2.62 carat pear, VS polish and symmetry, M color, VS2 clarity, measuring 12.79 x 7.55, and under $5,600!
TheDiamondangel
winkjones.com

I can't believe it, this is a combo of the two rings I like. Bless you for finding this!!!!!!

Lanee, are you talking about the ring that I posted a link to? Is that the one you like?
Rachel

I would have to say the Regent is my favorite. Love the squarish shape and brilliance of a round. 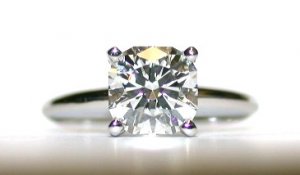 Regents are my fav too - I was wondering who snatched that one! Congrats and wear it in good health!

Thanks...I sure will! Just one more day of waiting before I have it on my finger!

Were you actually considering this 1.47 D VS1 regent from GOG? 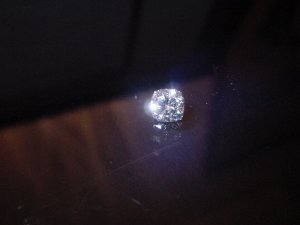 Those Regents are SO PRETTY. Hmm a whole new world opens up before me.....dangerous I know.

For me it's Round Brilliant in for 1st and Regent in for 2nd. The thing I think I really admire about both cuts is that they can incorporate the Hearts & Arrows Symettry which provides outstanding brilliance in both these styles of cutting.

Hi Bicky! I don't know that considering it would be the right term, lusting after it is more like it! I've been babbling about the regents to my honey in the hopes that I'll get one and GOG is the place I've been looking at them. Naturally I saw yours and Diane5006's (hers is a beauty too - love it with the sapphires!) and always wonder who the lucky ones are that get them! Glad to see they're being loved!

Wow Diane! What a sparkler!

As for as I know GOG is the only place that has them at this time...
diane 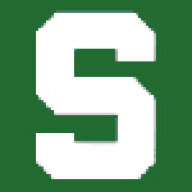 Bicky,
Beautiful ring! Is that the setting you chose for your Regent? (Sorry if you've already explained and I missed it.) What is the side profile like? Just wondering what type of settings people chose for their Regent cuts. They are so gorgeous and wondering if any particular setting or setting-type really highlights their beauty.

Thanks! I chose a simple 4 prong Tiffany style setting from Stuller. 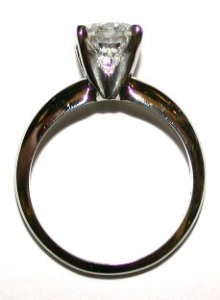 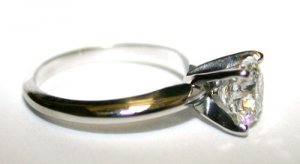 Stunning!! The classic setting really highlights that beautiful stone. Any thoughts on what kind of band you'll put with it? 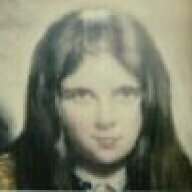 I'd have to say, in order of preference, OMC's Transitions, OEC's and Regents.

Hi I chose a Vatche 3-stone truffle for my Regent...see my avatar

it will be set with sapphires as side stones...I saw the truffle at GOG and fell in love with the setting...

I think the best way to highlight the unique cut is to have minimal prongage...since if you cover up too much of the corner facets it will look too square...

I love the classic look of he 4 prong Bicky got too...I also think it will work well in the Vatche x-prong as well...

Diane,
I think you are exactly right about the prong thing. Too much coverage kind of spoils the unique shape of the regent, making the sqround (square/round, hee hee

emerald cut, i'm obsessed - it's a quieter/understated look which i love. and you can go larger without it looking ostentatious.

also, i like the antique setting - thin band with a cushion cut diamond like fred leighton does except no pave's around the center stone - too much. the thin band shows off the stone.

if you're worried about the rounds being boring, you may want to place pear shaped diamonds on the sides. looks like a flower, can be quite beautiful. 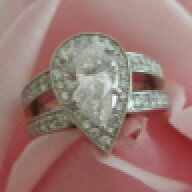 I would have to agree that it is difficult to choose just one "favorite" as each cut is beautiful in its own way. For me I prefer anything but a round. My only reason is that round is most common and I like to be unique as often as possible. I certainly would not pass up a great round diamond if presented with one, but given the choice, I would choose pear at the moment.

My first diamond ring (at sweet 16) was a very, very, very small round. Barely "eye visible" let alone "eye clean." At the time, it was the most beautiful thing I had ever seen. Years later, my high school sweetheart gave me a 0.50 ct heart. Very nice at the time, but now more than 20 years later, I would not even consider a stone that "cute," if you know what I mean. At 22, my fiance gave me a 0.75 ct marquise. We had hoped to afford that full 1 carat, but could not quite get there on our budget. For our 7th wedding anniversary, we traded up to a 2.0 ct marquise. Wow, then we were getting somewhere!!! And just this month, for our 17th anniversary, I traded up again. Sold that marquise to a friend and got a much better quality 2.07 ct. pear. It is my dream diamond . . . . . . that is, for now . . .

Anyone else have a diamond-upgrade story to share?
Diamondlil
DiamondLil ________________ "Diamonds are nothing more than chunks of coal that stuck to their jobs."

I think you beat me on upgrades!

After 17 years of marriage, I just upgraded my center stone from a 1.25c rb to a 2.5c rb. It's settings that I went through. I started with a beautiful, traditional 2 ring set, but it was all 18kt gold (including the prongs), and I beat it to shreds, wearing it constantly. Then I tried a single ring, rounded setting with bagette side diamonds, same center stone -- beat that up also due to the rounded channel setting.

Moved on to a very nice invisible setting single ring, but regretted immediately going with yellow gold still. (I'm an 80's bride, so that was the thing at the time.)

After several years of what he would call "wearing him down"

, I just got a very simple, but beautiful, platinum cathedral-like setting with a 2.5c E VS2, H&A round brilliant. As much as I like other shapes -- emerald being my favorite, when it comes down to it, I like the tradition and simplicity of the RB, and it's my husbands favorite.

He says this is it...the diamond for the rest of my life, and I'm thrilled!

(although who knows what the future will bring

Meow,
Yes, I have been torn between Vatche's knife edge pave and Ritani's endless love so if I can have this ring made with the stone setting as low as possible, it could very well be the one.

Regents. So happy I found them and just as happy that my Girlfriend decided I could shop outside of a Tiffany store...

This is the 1.19 D VS1 Dianne mentioned. Soon to be mounted on a Vatche Platinum Xprong comfort setting. 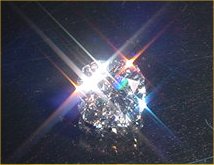 Hubby proposed on Friday, April 13th, 2001 just before midnight. He had bought me a 1.52 carat J, VVS2 radiant (that I picked out) as my engagement diamond. It had a horrible l:w ratio (was 7.13 x 6.56), but we bought it to save money knowing we'd upgrade eventually. Well, fast forward to having a horrible dealer in chicago mutilate my $1,800 custom platinum mounting, and I decided I didn't want to even look at the diamond because it was a horrible reminder. I traded the radiant for a 1.61 carat RB that is SUPPOSED to be a K, VS2. We'll find out exactly what it is when it returns from GIA next week. We're trading that in for the 2.62 carat pear that we fell in love with. And yes, I had to promise my husband that this would be the last time I mess around with my diamond.

And all because we had a fight when we were getting engaged. I called the little shop that we had put a 2.83 carat J, VVS1 old european cut from the 1910s on layaway at, and said to put the ring back in the case, and if DH was serious he'd call him back in a few minutes to reclaim the ring (back to layaway)...he didn't call, and the ring was sold 20 minutes later by a woman who walked in, fell in love, and dashed across the street to get the $9k in certified funds. That ring had been in the shop for well over 16 months before we put it on layaway.
TheDiamondangel
winkjones.com