Sorry it's been so long... but here it is

I received my ring last Friday. Much earlier than I anticipated! I was planning on proposing Thursday of the following week and had everything all planned...

I talked to my girlfriend's manager at her work, she works at a fitness club and opens at 4:30AM on Thursdays. I wanted to get her shift covered without her knowing it, but her manager kinda botched up my idea by telling her that she didn't haveta work that day. Doh! What I was planning was to arrive at her house before she got up and make a trail of rose petals from her bedroom door to her backyard, with candles lighting the trail. In the backyard I was going to have a picnic set up for two, with champagne, canldes, and waffles with strawberry topping (her favorite). But then due to the fact she was no longer getting up to go to work Thursday morning, I altered my plans a bit...

So, like I said I received the ring Friday, and really wanted her to wear it for the majority of my ten-day "trial period." So, with the excitement and adrenaline pumping, I decided to go ahead and do it that day. My bride-to-be attended a bridal shower that evening and I told her in the meantime I would go kick it with the guys. I had her parents clear out of her house, and did exactly what I stated above. Made the trail, lit the candles, set the table, but instead of waffles, I had her favorite dessert... ice cream

She took FOREVER to leave that stupid shower, when I heard her pull up I started the music and ran to the backyard. I heard her car alarm arm itself and then I lost all control of my knees

She came into the backyard and I greeted her with a rose. Just the day before she had accused me of being un-romantic, so I said "How dare you call me unromantic!" I told her how much I loved her, said a little schpeel, then got down on my knee and asked her to be my wife. She said yes! And now I'm engaged. I can't express how happy I am, and my gratitude to all of you for helping me pick out the perfect ring for her, she absolutely loves it. Thanks again to everyone who's helped me. Mara, Homer, PQ, Hest, Nate, Jonathan, Felicia, Denise, Brian.. and everyone else

The ring is super sweet!

I should have some more pictures this weekend. I'll get them to you all ASAP

Wow! Incredible ring and sounds like a lovely proposal. Congratulations! So, what did she say when she saw the ring?

great story and awesome ring! thanks for sharing both with us.

what was her reaction to the ring? 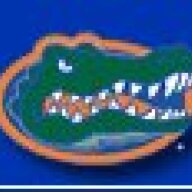 The ring came out beautiful!!!!!!!! You sure sound like an excellent catch.

I looks a little different from the other pics of the truffle I've seen, doesn't have a briuge coming up like a cathedral. There are only about 3 pics of the style ring out there.. 4 now! More!!! Band looks nice and square, much more so than any other picture I've seen! This is a Very Good Thing (tm)! Whats your fiancee think?

Congrats and Best Wishes for a great future together!

I just came back to take a second look at that ring.

Stop looking and go buy me one just like it!!!

Oh and back into my reality world now....who is the maker of that setting?? Is that a Vatche?? Looks like it, but a little different?? Hmmm....?

Thanks for all the positive input

She loves the ring, but she thinks I went a little overboard with the price. It's what I had planned and I've been saving the last six months to make sure it happened. She's so worth it

I'll try and get more pics of the ring for you all.

The maker was Whiteflash's custom designer, Mr. LE. It turned out excellently and the setting was such a great price.

Here's the only thing more beautiful than the ring itself: my fiance

YAY congrats!!! The ring looks amazing! Cool pictures..though I had the hardest time figuring out who was who...I am the worst with faces.

We're the ones on the left in the first pic. The second's easy enough to figure out

Pedromt,
Is the $1250 setting cost including the sidestones? The reason I'm asking is I have a similar budget and would like to get a 3 stone ring also.

No it's not. I bought the sidestones separate.

Just curious, was there a reason for going with the custom made truffle over the Vatche? From the prices you quoted, they cost the same!
P

are they? well, with the package deal from WF the setting came out less than that, they did really well to work with my budget, I'm really grateful. And, I didn't like the openings on the sides of the Vatche setting, though I wouldn't have minded that third prong on the center stone, just never realized it in time. I'm very happy w/ the way this ring turned out.

Quick question for anyone willing to answer... The ring's about a half size too big, should I be concerned about taking it somewhere locally and getting it sized? I have heard that horror stories of stone switching and things like that are not unheard of. Any tips?

What an amazing ring....
Three stones instead of one
This seems to be a brand new trend
And we girls are having FUN!!!

Congrats! You're a beautiful couple.

Don't worry about stone switching--just don't leave the ring at an unknown jewelers. If you take it locally to get it sized, have them do it while you wait. It takes more than a few minutes to switch a stone, and you would notice the changes quite obviously, esp if you have ACA's in the ring--where'd the arrows go?!

What third prong on the center?

Ah well, doesn't matter as long as you love the ring!! It is beautiful and there is something special about having it custom made. No one else will have the same ring!
P

Woa, had never seen that before! Mine doesn't have that. Its the 6 prong royal crown setting mixed with the 3 stone truffle, very cool! Its not listed anywhere on Vatche's site and though it looks like a Vatche ring, I can't make out the stamp on the band... maybe it was a custom setting?
K

Congratulations! That's just beautiful!! And the ring isn't bad either!

I missed out on your quest, but I love both your story and ring. The ring is gorgeous...remember to post it in "Show Me The Ring" when you have a chance.

BTW, is the ring posted with the "3rd prong" a Vatche? From their website it looks like Vatche doesn't have that 3rd prong on the truffle setting. Maybe it's another manufacturer. It looks very custom made...and fluid. I actually like the 6-prong look that you posted.

I had never seen it before either. It was actually in a bridal magazine my fiance was looking at. I saw it and was taken aback myself. I'll post the whole ad later on today for you guys to see, the ad was from Vatche.