Hey all. This is going to be long, and I'm not sure what I'm looking for from you guys, but I'm upset so I'm going to get this all out.

I was living in a house of 4 girls in college. I advertised the room in September as I was finishing up in December. At the time, rent was about €180 a month including bills (really cheap!) AND it was a nice house. When we moved in, the house was totally bare (that's normal where we live) - not even flooring or light fixtures. We all ended up paying about €590 or so each to kit it out and it now has everything, and is pretty

In the ad, I said whoever took the room would have to take on all the furniture too as I didn't want to go through the hassle of selling it all, and that we would discuss a fee.

So a girl in the first year of my course was interested. We exchanged e-mails, met up, she came to see the house. We got on well, and she decided to take the room. I said I thought about half what I paid for furniture a year and a half ago was fair. We haggled a little, and we agreed she'd pay €250 for all the furniture (bed, closet, fridge, washing machine, oven, tv, microwave, couches, desk, shelves, flooring...I could go on.)

I moved out Dec 19th and she moved in. I paid the rent for all of December.

Last week I got an e-mail from this girl asking why I hadn't paid January rent and why was rent €200 instead of €180. I called my old roomate who took care of the rent account. Unbeknownst to me, the rent had gone up to €200 in November. I think it was because of high winter heating and water bills. Anyway, I didn't know this because I always transferred €200 every month to cover any extra bills that might happen - (like more electricity during winter! And sometimes extra garbage fees etc. So technically I had always overpaid up until November, but I thought it was easier that way, and it was just a small amount. I didn't ask for any of the extra money back.)

I e-mailed the girl and explained this, and also asked why she thought I would pay her January rent for her when I left in December. I explained again how we'd arrived at the figure of €250 - roughly half of €590 with extra off. It was a really nice e-mail, and I asked how was everything going with college etc.

She replied that she understood the €250 was for ALL the furniture AND January rent. Then sent another e-mail the next day saying what was I going to do about this, that she'd had expensive surgery (not possible in that country - all covered by national insurance), that she didn't have a scholarship (our uni doesn't offer them, so obviously neither did I!!), that her husband was the only salary earner (she's 30+ and married), that she had misunderstood but she hoped I would meet her halfway.

It was not a very nice e-mail. It was rude and accusatory. She said it was an unfair deal. But there is NO WAY I ever mentioned January rent! Why would I?!? Also, rent doesn't come out of my account, so if it were to be paid to someone, it wouldn't be me! And why would I sell €590 worth of furniture for under €100?

Well before this, I had felt bad - I'm a little bit of a doormat, care too much what people think and have never had a falling out like this - especially about money! I'm a generous person! So I thought maybe I'd cover the extra €20 a month in rent for a few months, seeing as it was my mistake and I misinformed (if unintentionally.) After I got these other two mails, I was totally flustered. I talked to FI, my parents and BFF about it and they all said "SCREW HER! She's trying to scam you out of cash!" They all said electricity bills vary, everyone knows that, and ± €20 a month is totally normal.

So I composed a firm but polite e-mail, saying she had misunderstood, and that household bills do vary. I described again how we arrived at the sum of €250. I said her own circumstances were her personal business.

I got a HORRIBLE e-mail today - she said I was mean, that I could kid myself all I wanted about a conversation about furniture, that she wanted no more contact because I would probably "really insult" her next time, that she hoped I enjoyed my "affluence", that I wouldn't enjoy a penny of money I got through "deceit"...WTF?!? I was totally thrown. I hadn't expected sweetness and rainbows after her previous behaviour, but it was really a nasty e-mail.

I'm so thrown. I hate misunderstandings, but I really didn't do anything intentionally deceitful here. I feel awful that my former roomates (good friends) are stuck with her. I also can't help feeling bad that rent is €20 extra a month than what I'd advertised in September. But it's not like I'm profiting from that!

She said at the end of the e-mail that she was washing her hands of this and not to reply. I'm glad it's over...but I'm just left with such a horrible feeling 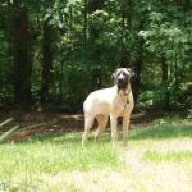 Don''t feel horrible. She''s just trying to steal your money. I''m sorry that this happened to you. But at least it''s over right?
"You ask of my companions. Hills, sir, and the sundown, and a dog as large as myself" ~ Emily Dickinson

If it was a misunderstanding, then that''s what it was. You cleared yourself up and she decided to send you that ill-mannered email. That was her choice. She said she washed her hands of it, now you do the same (try to let it go 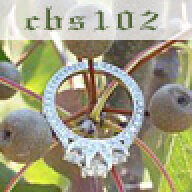 i am sorry that this is happening to you. a very similar thing happened to me when i was moving out of my apt to live with FI. although it was a total misunderstanding it leaves you feeling ''icky'' and totally taken aback..
(((((HUGS)))))

She's taking advantage of you. This sounds intentional to me.

Not sure about how things work over there, but...

If your name is on the lease, tell her she has to move out or you are calling the police because she is squatting. Technically, I don't think this wouldn't work here, but hopefully it will scare her.

If your name is not on the lease, you have absolutely no responsibility and there is nothing she can do.

That''s awful! I think that it does sound like she''s trying to scam you. Why would you pay Jan rent for her? Makes no sense.

I completely agree - it makes no sense you would have said that. I''d stand up for yourself and your money. Save all the e-mails, and take her to the equivalent of small claims court wherever you are if necessary - I''m guessing just the threat of that will be enough to make her back off and honor your agreement.

I think you were more than generous covering the entire month of December and giving her the furniture for less than half of what you paid.
Cellophane, Mr. Cellophane shoulda been my name...​

You did more than necessary! Be glad she wants to be rid of you , hold your head high and move on! Congrats for being so nice about it!
We only know the most minuscule fraction about life, ourselves and the universe and even that changes daily. To only believe what science can prove right now is like living inside a small box and not being open to the possibilities that lay outside.

Don''t feel bad!! There are crazies out there who have no concept of politeness, and it really does sound like she was trying to take advantage of your niceness. Just move on and be glad that she''s "washing her hands of it" (gotta love how high and mighty she sounds, huh?). Totally not your fault!
"Some fellows you have to hit with a brick to get their attention. Some you have to hit with a BIG brick."

Now wait a minute. Did you never get that €250 from her?? That''s what it sounds like to me and it sounds like she is scamming YOU then, if that is the case!!!

How unfair. I''m so sorry about this, but she is the one who had the misunderstanding and is overreacting, so don''t take the blame for anything. However, if you haven''t gotten the €250 yet, I don''t know what to tell you about that. You probably won''t get it, and I highly doubt you could walk in there and take your things (because that''s what they are, as you paid for them) back, since they are shared, correct? Ugh. HOW AWFUL!

I just read your story and I dont think anyone in their right mind would think they would get furn for 50 and cover a months rent when you dont live there. If she''s that stupid, well then this was a valuable lesson for her to learn. By the use of the word affluence, sounds like she thinks you are very weathly and because she is less fortunate, she is ENTITLED for you to hand her money. Well that is stupid too.

Darlin, when [email protected] like that is out of your life, just flush the perverbial toilet and don''t look back.

Thanks everyone, I''m feeling much better about it today. I was just left shaking after that rotten e-mail! Luckily she already paid the €250. I had the sense to get that before I left! She really was just trying to play up to my niceness and see what she could get out of it. Where she got the "affluence" from I have no idea. Maybe she thinks that because I''m Irish and she''s Nigerian that I automatically am more "affluent"...but she probably has more money than me - she was working full time for years before going back to college, and her husband has a good job! I''m a poor student! Who knows, but either way, I am delighted she''s washed her hands of it without too much hassle. This is a good lesson for me to stand my ground and not worry about pleasing everyone all the time. I''m quite proud of myself

Oh Porridge, please don''t feel badly about this. Clearly this grown woman has issuesthat go far above and beyond money. Forget it. It''s done. She''s someone elses problem now. Cheer up...at least she''s not your roomate!!!

Oh, and now go buy yourself something lovely just to show her you can still enjoy your money!!! 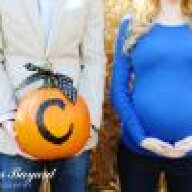 ya seriously dont feel bad... There is no way she misinterpreted what you said.. she was just trying to get MORE money from you... She already got 1/3 of December for FREE and more than HALF off of the furniture... She was just trying to scam you to try to get it for free... Dont feel bad about the 20 either... it happens all the time.. stuff goes up... sorry you had to go through that... glad your down with her though!