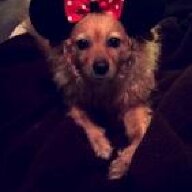 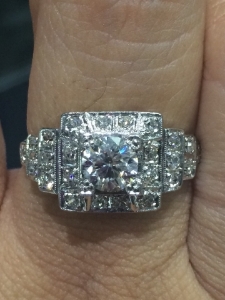 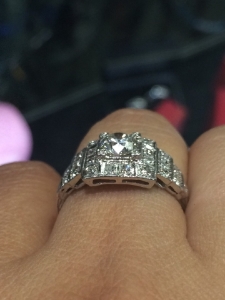 Hi. I know its hard to tell but the setting is platinum
And single cuts so maybe the diamond is a transitional? 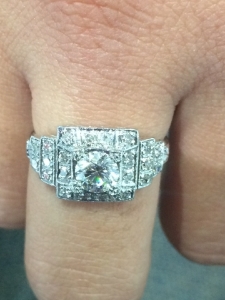 Not to me.
"So often in life, things that you regard as an impediment turn out to be great, good fortune." -- Ruth Bader Ginsberg
R 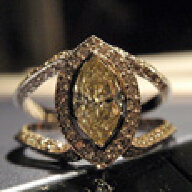 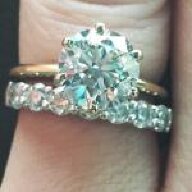 Can you post a more up close picture of the center stone? I'm not an expert, but I'd be curious to see how similar it is to my transitional stones

I don't have any other pics. Thanks for all your help. 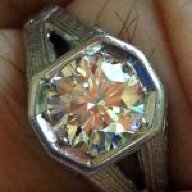 Looks like it could be an early modern round brilliant but might be described as transitional by some. I do believe that there are many early round brilliant cuts out there that remain in their original settings. I think we often expect to see earlier style cuts in antique/vintage settings but I suspect that during the 1920s and 1930s there was a considerable range of cut styles (including early modern brilliants) available. I have a ring with its original diamond that has never been removed from its setting (see my avatar) that was made in the early to mid 1920s. While the diamond does appear more modern than vintage there are a couple of features that I guess one might associate with vintage stones: bruted girdle, medium open culet, higher crown, & smallish crown facets.

In any event, that looks like a nicely cut stone.

1970s
Karl aka strmrdr, Diamond Designer
You must log in or register to reply here.
Be a part of the community It's free, join today!
Jewelry Blog