Any feedback? The prices are almost too good to be true!

What is the URL?

I too had trouble with the URL referenced in the subject line of this thread. A clarification may be necessary.

-Tim
"Economy of words has never been my strong suit"
D

the site is diamondsonthenet.net
S

I had trouble also with the url so I accessed it using a search engine. If I was at the right site, it seemed to auction diamonds, sell diamonds very inexpensively (with no certificate) and then had diamonds for sale with certificates but no price. I didn't have a good feeling about this site. Just my opinion.

As in most things in life, there is a truism in the diamond industry: "If it looks too good to be true, it probably is."

My guess would be that they are dealing in lesser quality goods, but that is reflected in the prices. Usually with sellers like this you are just getting what you paid for. The pricing within the diamond industry is so consistently controlled that it's virtually impossible for any "super deals" to find their way to market, so it stands to reason that these folks are either dealing in inexpensive diamonds, or they are pulling something nefarious. Either way, if you're looking for a diamond that performs well (which is usually the case with Pricescope contributors), you may want to keep looking.

Some points to ponder:

-- Their auction history (as reported by Yahoo!) is good but not great. Also, the general lack of feedback (26 feedback posts) indicates a relatively new player on the auction scene. This isn't worrisome by itself, but might make one wonder if they'll be around for long. I know their site indicates "over twenty years experience," but that's hard to confirm.

-- Their company policies indicate a THREE DAY examination period, which is certainly NOT a lot of time in which to make an educated assessment of whether you'd like to keep the product.

-- Their "About Us" page is decidedly skimpy on details. Again, not worrisome by itself, but I typically expect better information than the amount provided.

-- There is no indication of the company being affiliated with any major organization at all (JVC, JBT, BBB, etc.) so it's hard to confirm their reliability.

Anyway, although none of these things are outright condemnations of the company, I would probably look a little further. Basically, it all comes back to the first line of this post...

We are diamond dealers/wholesalers that furnish the public diamonds at the lowest prices available. All our diamonds are graded and certified by GIA, AGS, EGL or trained, experienced diamond appraisers. No hype, No BS, just great values everyday.
We offer a full refund of our clients purchase price if they are unhappy with their purchase after receipt. We look forward to assisting all and making diamond prices affordable for everyone.
I

Prices are too good. Does not make sense to me. With only 3 days I am not even sure that I could have it appraised in time.
In_Need_Of_Help

We are diamond dealers/wholesalers that furnish the public diamonds at the lowest prices available. 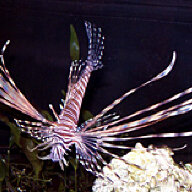 Thanks for popping your head in. You'll find great potential for a strong educated customer base here if you devote some time and energy to the "cause". It would be nice to get a reputable (Time will tell for you) Ebay discount diamond broker on the forum to offer another option and perspective.

Dont let them scare ya. Their bark is much worse than their bite.

BTW- You need to correct your spelling of Guarantee....from one poor speller to another....

I took a quicky look, and I found the price/per/carat on the diamonds with certs, but I was just looking at 1.5ct and above. The prices seemed in line with other dealers, so I don't know what the 'too good to be true' stones were.

Caratgirl
Just a Diamond Lover
I

All prices are from diamondsonthenet.net


Do these prices seem inline with other reputable dealers?


If they are, I just got ripped OFF!

You guys have to read! Per carat, not total price...

Caratgirl
Just a Diamond Lover
I

Right you are Caratgirl. However, prices don't always add up (some diamonds have more than one price listed). May have been easier to just post the final cost to the customer.

I see! Well, it's definitely not the easiest web site to get around in OR read information from. They will probably get a lot of complaints and have to change their format.

I had purchased a diamond thru diamondsonthenet.net which is also [email protected] and they do not offer money back guarantee if not satisfied. I returned the diamond back within those 3 days for my refund. They took a month before I got back my refund short $290.00. Which is still owed to me this very day. They do not answer the phones and do not reply via email. Has anyone else out there gone thru them with the same problem about refunds? My advise about purchasing diamonds thur the net. DON'T,
especially diamondsonthenet.net. Still very angry!!! 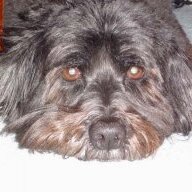 Too good to be true is my gut... A key clue are the split clarity grades...NO WAY.

Too risky, especially when there are so many good online pple. If you don't have a reliable local person, use one of the preferred vendors here.

WE ARE DIAMOND WHOLESALERS LOCATED IN THE DIAMOND CLUB IN NEW YORK. WE SENT OUT MERCHANDISE ON 2/4/04 TO diamondsonthenet.net AND NEVER HEARD FROM THEM AGAIN. WE TRIED CONTACTING THEM COUNTLESS TIMES VIA TELEPHONE AND EMAIL. WE GOT NO RESPONSE. JUDGING FROM THE FEEDBACK ON YAHOO AUCTIONS AND WHAT PEOPLE HAVE TO SAY HERE ON PRICESCOPE IT WOULD BE ADVISABLE TO STAY VERY VERY FAR AWAY FROM THIS COMPANY. IF ANYONE HAS SEEN HIM OR SPOKEN TO HIM PLEASE ADVISE US VIA EMAIL.