I was wondering, what do stone dealers do? Do they buy big lots of faceted gems and then find good ones and sell those? Do they buy rough and send them to cutters? I understand what cutters do and the value they clearly add by cutting, and I also understand that specialist dealers find unique stones to give you a large selection of a rare kind of stone, as many of the dealers in the sticky, but I don't get the range of practices, for example, between multicolour versus DB versus ebay "stone flippers". 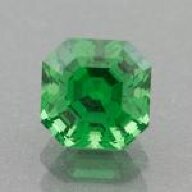 gongli|1318525362|3039428 said:
I was wondering, what do stone dealers do? Do they buy big lots of faceted gems and then find good ones and sell those? Do they buy rough and send them to cutters? I understand what cutters do and the value they clearly add by cutting, and I also understand that specialist dealers find unique stones to give you a large selection of a rare kind of stone, as many of the dealers in the sticky, but I don't get the range of practices, for example, between multicolour versus DB versus ebay "stone flippers".
Click to expand...

Hi gongli,
~before the internet was an item
There were several variations of gem dealers. I'll try to lay them out for you in categories, but often there was a blending of types.

1-majority of US and European dealers would travel to cutting centers to look over, and buy what suited them (in already cut stones). At the time, they would travel to Bangkok, Hong Kong, Sao Paolo, Jaipur, Colombo, Bogota and a few other locations. These dealers were investing their funds in what they believed they would be able to sell to their jewelry store or manufacturing clients on their return. Many of these dealers knew each other and often traded amongst themselves. Most would have some specialty - such as blue Sapphire over 1ct, or Emeralds only from Colombia, or Ruby from Burma. During this time, there were only a few who specialized in the truly rare or oddball species like Clinohumite, Sinhalite, Apatite or Sphalerite.

2-as cutting firms in overseas markets moved their focus toward calibrated sizes (like an oval that measures 8.0 x 6.0mm) there was greater focus on gem suppliers to be more versatile. This was post WW-II. Some of these firms were referred to as a "stone house". In that, they would stock pretty much anything in the way of use-able and mountable gems. This is where a jeweler in middle America could call up and order a matching pair of 8 x 5mm Citrine pear shapes with a specific color. Most of these firms were located in NYC, but there were a few others scattered around the country in the larger cities like Philadelphia, Boston, Baltimore, Minneapolis, Chicago, Dallas, Miami, LA, Denver, San Diego, Atlanta and Seattle.

3-the specialized firms.... these were folks who would travel to the country of origin and buy rough and arrange to have it cut themselves. The cutting would often take place overseas where labor was lower. But during the 70's through to the mid-90's there were a few firms who employed their own gem cutters who were using more modern machinery, and were able to produce well-cut gems as many of you see today. The specialized firms would often embrace the rare and the unusual.

4-individual gem cutters working within the trade have been around a long time. They would often take on cutting projects from those noted above. And would also work to create relationships with retail jewelry store owners. During the time before the internet, it would be very difficult for a gem cutter working out of a small shop by himself or with just a few others be able to develop a retail presence. In addition, access to rough for cutting was not as feasible, either. They would need to rely on someone else to do the 'dirty work' necessary to bring rough from foreign lands. In effect, they were very reliant on purchasing rough once or twice per year at gem shows like the annual Tucson show.

~post internet
1A-the traveling dealers are far and few between. In the 80's there would be several gem dealers flying from NYC to Detroit each week. They would go around and visit retailers and local dealers till Thursday and fly back.

2A-there are only a handful of US stone houses left around. Think of Stuller as one of them. Some of the firms from China and Germany opened offices in the US. And now, since there is so little manufacturing of jewelry in the US, there is no longer any need.

3A-there are still a number of specialized firms around, though not as many as in the 80's. Many, if not all, have some type of internet presence and now sell to the trade as well as selling to consumers.

4A-It is the individual gem cutters who have filled the gap of the other firms leaving the field. They have the latitude to change on the fly, and can cut one stone at a time as needed. Unfortunately, there are only about 200 individual lapidaries working in the US and Canada that perform work for resale or retail. And of them, maybe half are doing this full-time as some are also goldsmiths/jewelers. And of that group of full-time cutters, there is maybe a third of them that travel to find their own goods. The balance have either developed relationships with internet rough sellers, or go to Tucson to make their buys.

5-stone flippers have been around for some time. Though the whole process has been accelerated with the internet at their fingertips. And, unfortunately, this is where someone with very little knowledge of the gem trade can become a seller of stones. Is also where adherence to the FTC Guidelines can be overlooked or ignored and with little or no consequence. 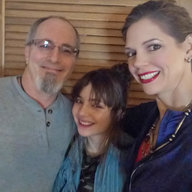 Being a cutter of over 20 years it all started for me with the magazine Lapidary Journal; you would look in the" to sell "section and find anyone that was selling rough and contact them via snail mail or telephone and hope english was at least a second language. You established a contact and then hopefully you got decent material to cut. You learned very quickly not to buy " mine run " material as it usually was 10 percent facet 90 percent fish-bowl material... Also Rock and Gem was another popular magazine to buy from; you could also read the articles and if someone found a deposit of say gem silica or holly blue agate; do a search by phone on them and the location and try to contact them that way... not an easy task; but worth it most of the time; then you had the local facetors guilds to join and make contacts. The other avenue was the rock shows; here in North Carolina there were a few as North Carolina is a rather decent gem mineral producing state; lucky me... But those were in the older days.

Now it is mostly internet; and using your old sources to buy from; the auction website used to be decent back when it first started in 1998 or so; but I do not touch it with a 20 foot pole as there is too much editing of photos and slick people thinking anyone can sell a colored gem and no one will test it to see if it is real... So as for me I have my contacts all over the globe and I found it more prudent to buy from here and put the 5k I would spend on a plane ticket and hotel, security, etc. on to the gem rough than the travels. It was better for me to buy them a fine camera and even a computer and get them to use that as their selling tool via the internet. It not only helped me but it also helped them to further their selling field so it was a win-win for everyone.

Also back when it was more reliable I used to buy large poorly cut nice gems; test them and then re-cut them into more desirable gems or cuts.

Also mineral specimen dealers had specimens that were not perfect for that collector and you could facet a nice 2+ carat gem from the specimen; that way you had the natural material and also a location as that is usually very important to the mineral collecting group.

Then sometimes when you did buy a large parcel from say a buying group; the nice but smaller gems you did not want to cut yourself you would send mostly to Sri Lanka and have them cut into the shapes you thought were the easiest to sell like standard round brilliants, etc.. Then you would sell them to the designers, etc. if they were nice , quality gem minerals like sapphires, or spinels. but normally that was how you made good on the smaller gems in a buy-all parcel which I try to stay away from now. It is getting very costly to send gems abroad to have cut and then there is the matter of trust again as once they leave your hands/country there are not guarantees...

Just some ways to buy rough and stones to re-cut; nothing etched in stone; but just how I did it...

I hope this also helps.

Thanks for the info and background on the business... Really shows that running the business professionally and keeping the very highest standards is the way to true success!
You must log in or register to reply here.
Share:
Facebook Twitter Reddit Pinterest Link
Be a part of the community It's free, join today!
JEWELRY BLOG