Amongst the hub-bub of the Blue/Black or Gold/White dress last year and the gymnastics of adobe filters and computer monitors, it started me thinking about the way we define colors. The age old question - is what I see as yellow, what you see as yellow, etc.

I just came across this article, though it is nearly a year old.

Is it possible we only recently became aware of, could see, or had a name for the color "Blue"?

This is fascinating to me.

I wonder how this applies to our perusal of diamonds and their 'color?'

The nature vs. nurture debate plays big into this one, I think. The study with the colored squares in a circle really intrigues me.

Am I just geeking out on this for no reason, or are you with me?
Brian
B2CJewels
www.B2CJewels.com

You are certainly not alone. Colours fascinate me and, yes, they are very much culturally linked. Usually, cultures start differentiating only white/light and black/dark. Think of Homer's "wine dark seas." Red is commonly the first true colour to be defined. Curiously, the way we name colours impact our ability to see them. For example, there is a Nubian (I think, I am writing from memory) tribe that sees yellowish green as a different colour from blueish green. Tests shows that they can spot a square of slightly yellow green among a grid of slightly blueish green much faster than Europeans.

I could babble on and on but I am making dinner. So I'll just add that there is a whole field of anthropology dedicated to colours and there are fascinating articles and books.
Contemporary Jewelry by Beatriz Fortes
www.beatrizfortes.com

It's an interesting question. What you are talking about is called the "Whorfian" hypothesis, the strong version says if the culture does not have a word for that concept, it cannot be perceived or distinguishable. The strong form has been refuted many times. You can take cultures that only have 2 words for color, and categorizing them may use those terms, but if you held up bits of color chips they can discriminate the different hues as well as someone speaking English.

So I'm going to say yeah, people in ancient times or even current times perceive the color blue just as we do, though it may not have been a culturally important concept. Blue is the last primary color in most languages to be attached to a name. Evidence indicates ancient Greeks while most of the actual paintings are now gone used blue paint (as well as other colors) in painting.
So, ancient Greeks and Romans used blue and purple pigments in both paintings and for dye...
http://www.visual-arts-cork.com/artist-paints/classical-colour-palette.htm

also here are some ancient Greek terms for color. Some of these confusions have to do with how we translate these passages (literally) when they may have more metaphorical analogical poetical references. Some speculate that wine dark seas have to do with someone who is angry with wine (stormy)
FYI a few colour terms in Ancient Greek (Homeric to 5th C Attic)
Melanos = black, mauros = dark,
leukos = white, pelios = grey
chloros = yellow/green
prasinos = green
chyrsos = golden
xanthos = blonde/yellow
phoinos = red (compare phoenix, crimson red dye of the Phoenicians)
erythros = red
kokkinos = scarlet
glaukos = blue, light blue
kyanos = dark blue
porphyros = purple
rhodos = pink/reddish pink, as in Rhododactylus Eos (from Homer = Rosy-fingered dawn)
khalkos = bronze coloured
and possibly kastanon = the chestnut to describe the colour dark brown 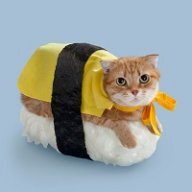 In Japan, traffic lights are called blue color ("ao" 青色)instead of green ("midori" みどり色). My understanding is that historically "ao" was used to mean both blue and green and there was not a separate word for blue for a long time. Funnily, the Kanji character for "ao" is used for blue in Japanese, but in Chinese it is used to mean a pale or light green (like the color of spring grass).
(the traffic lights in Japan are more of a teal/blue green color to me.)

I found an article on Wikipedia which has some interesting links and references.
https://en.m.wikipedia.org/wiki/Distinction_of_blue_and_green_in_various_languages

Then how did they describe the sky???
lulu

Interestingly, the same word also means to be rude or uneducated.
Comparison is the thief of joy.

Interestingly, the same word also means to be rude or uneducated.
Click to expand...

Interesting! The historical Chinese word for blue/green (same character as Japanese "ao")," qing" 青, also means young, youth, inexperienced. (similar to how you would call someone "green" in English)

My Jewish friends please pardon any inaccuracies in this, but a friend of mine mentioned the interchangeable use of words for blue and green in Hebrew texts as it relates to prayer shawls. If I understand correctly, the Jewish Tallit and the inexorable use of the blue dye was not always called "blue". I tried to look up "Hebrew word for blue" and the closest relevant answer was Tekhelet (various spellings) which reference the blue dye in the prayer shawls, but it is often meant as "Blue-violet" or "blue" or "turquoise". Evidently the Hillazon (a marine creature) produces the dye. In sacred texts it is said that Rashi - after the Temple in Jerusalem was destroyed by the Romans - described the dye used in the Tzitzit as green "Poireau" a derivation of the French word for "leek".

Please amend or correct as necessary - but more evidence that the distinction between the colors was simply not accounted for in ancient language.
Brian
B2CJewels
www.B2CJewels.com

Also Homer, whether he was a real person or acrypochal, was "known" as a "blind" poet. So the finding of inexact, wrong or missing color terms in Homeric text as evidence that ancient people did not know or perceive those colors, humorous...

The term needs to have some cultural significance or meaning. If the only colors in the world come from nature, such as flowers which may be more of a purple blue, or dyes or paints that are more of a blue/green or dark blue or light blue than strict spectral colors, then why would they have a color name for that pure spectral color? In fact many color terms originally came from the name of a colored object aka "lapis lazuli". An ancient greek philosopher Xenophanes described a rainbow as being 3 bands of color: purple, green/yellow, and red.

Biologically our eyes and brains are the same as peoples 3 thousand years ago.

I did a project on codability in graduate school. There are effects on memory how verbally codable something is, even a sequence of dance moves, to how well it can be remembered and reproduced. So I think those effects are interesting.
You must log in or register to reply here.
Be a part of the community Get 3 HCA Results
Jewelry Blog