Calling LOVESTREET--question about your leon

Hi Lovestreet! I am getting an avc of similar size (and color) to yours (I actually spent a lot of time with yours during a visit to GOG a few months ago, it is lovely) and am interested in a leon 3 stone (w/ baguettes) or 5 stone setting (w/ moons or traps?). Can you share more about your design and what side stones you're going with? Hard to figure out what stones will fit nicely with the unique avc chunks. 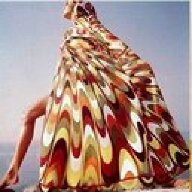 First of all, congrats on your new AVC!! Did you already buy it? Which one did you get? I still stalk GOG's inventory daily. How cool that you actually got to go to GOG (and play with my little stone to boot!)

Well, my diamond has been chez Leon Mege since October 5th, but we didn't actually get the work order together until almost 3 weeks later, in part because I was deciding what to do.

I was originally planning on a geometric, art deco-esque 5-stone setting, with bezelled, step-cut sidestones, similar to r377.The short version is that I ended up NOT doing either a 5-stone primarily because of 1) the square, 1:1 ratio of my stone and 2) it's warmth; it's an M.

When Leon got my stone, I called him and we brainstormed for nearly an hour - which was tremendously helpful. He pointed out some key differences between what I wanted (r377) and what I would end up getting applying it to my stone: 1) scaled down from the 6ct rectangular sapphire to a 3 ct square diamond, the baguettes would be so tiny - almost little slivers - it would not give the same effect; 2) the ratio of metal:diamond on the bezelled bags would be much higher, resulting in more visible metal; 3) between the excess white metal and teeny baguettes, the design might not complement my stone as much as something else would. He said it would still be nice, but wanted to warn me of the differences, and also wanted to suggest thinking of options that embraced the AVC's square shape and very warm color.

His first recommendation was to use French cuts. Among the other suggestions he made, one of them was a 3-stone with tapered baguettes similar to the one you linked to in your other post (I think it was this, r877 - one of my favorite Leon rings). He felt that the single, elongated baguettes would complement the square shape better than configuration in the ring I mentioned. As far as color, he recommended not matching the color exactly, but rather staying more in the J/K range - that would cut the contrast that would result from high color sidestones, but since step-cuts show more body color it wouldn't be advisable to go down further. While I *love* that look, I had wanted something a little different since my first e-ring was a three-stone.

He was not so keen on the idea of traps for my stone. Again, he would do them, but he feels they look better with rectangular cushions like Bebe's. With a square cushion, it would be a very "wide" look - again, different from what I'm seeing/wanting from the pictures. He also offered the idea of half moons rather than traps, but not with much conviction and I didn't want brilliant sidestones anyway.

Then he offered some really creative ideas involving colored sidestones, or rose gold or yellow gold, or pink pave halo - some sounded really cool but not for me, since this will be my only big diamond ring.

Ultimately, I took a week to mull and look at local jewelry stores, and then made a decision. I abandonned a 3 or 5 stone step cut idea. However, there's still an uncertainty factor for my final design because it depends on when/whether Leon can get the required accent stones. I figure I'll know more in a couple weeks, but til then I don't want to jinx myself...

I still love the 3 or 5 stone Leons, but I'm excited about doing something different than I thought originally. I went to Leon Mege because I did not trust my eye in knowing what would really look great with my stone and what might look a little "off", so I ended up deferring to his judgment quite a bit. However, it would have been just as easy to say, "thanks for the suggestions Leon, but I'm sticking with my original step cut 5-stone idea" and he would have obliged - he kept emphasizing, "I'll make it however you want, and I think it will be beautiful." In other words, I did not sense pushback at all, just brainstorming (which I asked for). Since you saw my stone, you know that even though it's very bright and beautiful, it's still an M - its body color is much more apparent when you start adding other diamonds around it. I love its color and don't want to hide it, but I wanted a setting that would complement it rather than enhance the contrast. And I do think a rectangular cushion provides more options for sidestone configurations (many if not most of Leon's cushions with sidestones are rectangular).

Wow - I realized I just wrote a novel. Sorry

So I can't provide any more info beyond my decision making process; i.e. what sidestones would have cost, etc. But my conversations with Leon so far have been very pleasant (I don't recommend relying on - or even bothering with - e-mail, as others have said), and he has been very solicitous and humble in conversation. It's just so difficult waiting! It's only been two weeks since my work order...<sigh>
I will definitely do a big update and review when I finally do get my ring.

His work really is truly beautiful. Let us know what you end up doing! Best of luck!!
A

Thanks for such a speedy (and detailed) reply! We haven't purchased the AVC yet, but it will likely be around 2.25ish ct, K/L. I've always loved Leon's r877 (3 stone w/ the tapered baguettes), but realized that I might have some early onset DSS (really early...) and just started considering a five stone option for more finger coverage. I loved Erica's asscher (can't seem to find the thread now, but she had leon create a lovely five stone w/ traps + baguettes for her warm asscher) but questioned whether brilliant sidestones (half moons) or steps (traps) would look strange with an AVC. I love the look of french cuts w/ chunky cushions and was hoping that leon had some secret stash of french cut style side stones that would work.

I saw (and tried on) your stone for quite some time during my visit to GOG. It is absolutely lovely. Creamy, but doesn't look like an M to me. And lovely spread! I can't wait to see your finished ring. I will update with more details once I have my AVC in hand and decide what Mr. Mege will be doing with it.
You must log in or register to reply here.
Share:
Facebook Twitter Reddit Pinterest Link
Be a part of the community It's free, join today!
JEWELRY BLOG