DH wants to go to Brazil for the World Cup.

I'm not too crazy about going - for various reasons - starting with going to see soccer games not being my idea of a vacation. And the fact that there will be people he knows from work going too and I'm not crazy about the idea of having to deal with other people while we're out there. But I realize it's not like we'll be at the games all day...and that we won't have to see whoever goes every day.

Anyway - he seems pretty set on going and I'm starting to feel like I don't have much of a choice. At the same time, maybe I'm resisting the idea but haven't given it enough of a chance and can warm up to it.

So, anybody been to Brazil? I'm hoping I'll hear some good reasons for going and maybe even pictures, if you've traveled there

(ETA: I edited the title) 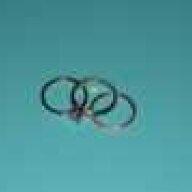 DH and I went to Rio a few years ago and had a great time! Where is the world cup? If it's close to Rio you can take a tour of the H Stern headquarters including a very lovely gift shop. that was honestly one of the best parts of the trip! There's also a number of great restaurants there and the beaches are gorgeous. Later tomorrow I can post some pics for you.

I think the games are all over - but I am sure some will in Rio.

I'd love to see some pictures - whenever you get to it. Thanks so much!

I'm back with some pics

Here is the christ statue on top of Corcovado, if you do end up in Rio it's definitely worth seeing! The other pic is the view from the top of the mountain

Here is another view from the top and our trip up, sorry for the poor quality but it was super foggy up there