I have a Question that has my head "Spinning" it's about the best appraisel. I've heard of GIA, EGL, IGI and depending on which Jewelery store I am in I'm always told one is better than the other all being Different. Anybody really know which is the Best of the three? I certainly don't and would love to be educated. Thanks for any help.

EGL can be further broken down into:

Thanks Richard you cleared a few things for me,I kind of thought that GIA was the best, thanks for Confirming it.

I know that Richard is well aware of this (but probably just wanted to keep it simple for you), but it's worth mentioning that the main job of the labs listed would be more accurately described as "diamond grading" or "diamond certifying." Although some labs also have appraisal services, their main job is to determine the unique physical characteristics (carat weight, color, clarity, and some cut information) of individual gemstones as objectively and consistently as possible, without attaching any sort of market value. "Appraisals" are typically documents that estimate a monetary value for the diamond/jewelry, and are often used for insurance or some other "valuation" purposes. The distinction may help you avoid further confusion as you continue learning.

Btw, I agree with Richard's ranking of the labs. GIA seems to have the best reputation, but AGS also enjoys a very good reputation and offers a bit more cut information on their certificates, so they both have their strengths. Since there are soooo many diamonds available that have been graded by one of these two powerhouses, for my money it's worth sticking with GIA or AGS.

And don't forget that HRD certificate, as good as GIA or AGS.....!

Richard,
Have you come across EGL Toronto? I thought for sure they were in Toronto, 55 Queen Str. E. Wonder how they rate??

Tim will be wildly successful, his customers will purchase just to stop him from talking about diamonds.

It's a gift Tim ...no matter what anyone tells you! I never thought I'd find someone who 'types' longer posts than me!!

LOL! Thanks for the words, Richard and Mara...

What can I say, economy of words has never been my strong suit. In fact, there's my signature being born right in front of our eyes!

Richard wrote:
"Tim's going to end up being a diamond dealer..."

In all honesty, I have considered a career change since I undertook my diamond quest and found that I enjoyed it so much. I just can't seem to get enough of this stuff now! Sparkly stuff is groovy....

Mara wrote:
"It's a gift Tim ...no matter what anyone tells you!"

I stopped listening to them years ago! I only listen to the voices in my head now. LOL!

Judy, I don't think EGL has a Toronto Lab. I just did a quick search and located two labs on Queen Street. One was Harold Weinstein Ltd at 55 Queen St., and the other was GemScan International at 27 Queen St.

I've heard of both, but have not seen their work.
Rich, non-Independent GG Appraiser
Sarasota Gemological Laboratory

EGL already opened a lab in Vancouver and plans to open another one in Toronto.
Pricescope 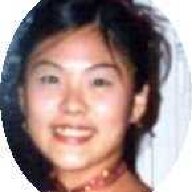 How about HRD? (Is HRD = EGL Antwerp?)
Where do you think it ranks?

Does the name of the cert(GIA,EGL, AGS etc...) affect the value of a diamond?
T

HRD in an independant lab. Located in Antwerp, Belgium.
Go to their website if you want to submit them a stone.
Their grading is as good as GIA. But you'll get more info
on cut then GIA... In my opinion, it ranks as high as GIA
or AGS. Their classification is a little bit different (for example,
no ex-ex.. ), but you'll need no time to get familiar with it.

Most of these labs are NOT appraisers.

An appraisal is a valuation of a property ( real and/or personal property) that is based on a monetary scale.

The labs you have listed primarilly do gemological testing and grading.

A few do monetary valuation reports, but GIA and AGS do not.

Did you actually read my first post in this thread at all?

Just kidding... Had to give you a hard time for a minute.

If GIA, HRD etc....do only testing and grading, how come people on this forum RANK them? Do they not all do the same thing? On what basis are they ranking the lab? By popularity, continent?!?

QUESTION: If the labs are ranked, does it mean that if I buy 2 similar diamonds, one with a HRD cert and the other with a GIA cert, there will be a price difference just because they hold different certs?

I hope someone can enlighten me on this.

The labs are unofficially "ranked" on their levels of reliability and credibility for accurate grading.

GIA and AGS certed stones generally trade for about 5 to 8 percent more than non-certed stones on the market. This is because the report gives the stone's grading a reliability which is accepted worldwide. Theoretically, HRD certs would also fall in this bracket for those know the lab and recognize it's reliability.

Because the other labs haven't been around as long, and don't yet have the level of reputation which the GIA and AGS do, their stones trade for less on the market. How much less varies according to the stone, and the dealer's impression of how accurately it is graded. If he feels that the lab was "lenient" in it's grading, he might discount the stone more than if he feels they were dead-on, or overly strict.

Dealers often use one of the other labs because they are less expensive and have quicker turn around times. Each lab has it's own personality, with the staff on some being more "user friendly" than others.
Rich, non-Independent GG Appraiser
Sarasota Gemological Laboratory
D

Check this out Riley this should give you some information your looking for.