Back from Cabo and she said...

I want to thank PS for helping me pick a beautiful ring which she ABSOLUTELY LOVES! My engagement story went like this...

On Monday my (now) fiancee and I went to Cabo San Lucas, MX for a week at an all inclusive resort. I invited my parents, and paid for them to come also which was alot of fun. I had everything planned down to the wire, and she had no idea. She lost her father when she was 16, but it was very important that I asked her family for permission to marry. I pulled her younger brother aside one day and asked if I could marry his sister.

Flash forward to last Tuesday, and we are in Cabo. A huge fishing tournament was going on at the time, and I convinced her that I wanted to see the weigh-in at 4PM at the Marina. We head out, and at the Marina I have a 45' private sailing yacht chartered for us. We meet the crew and board; shes totally astonished. Once we set sail, the crew brings us drinks, meat and cheese, sushi, you name it. We sail around the bay for a couple hours until we head out to sea.

Once out to sea, the sun starts to set across the horizon. We're chatting about music, and I casually ask what song she would have our first dance to. She tells me a Garth Brooks song which has special meaning for her. As the sun is about 12" off the horizon, I go down below and put the song on that she had just told me. As I emerged, I gave the camera to the captain and asked if he would take our picture at sunset. I lead her to the bow of the boat, and as we are about to take a picture I get on one knee and tell her I want to spend the rest of my life together with her and asked if she would marry me.

She said YES! We kiss, all the while photos are being taken. When she turns around, the captain had brought out a dozen red roses and 2 glasses of champagne for us. We toasted to the sunset in Mexico and our future together. When we arrived back at shore, coinicdentally there was a fireworks show for the end of the fishing tournament... how appropiate! I had dinner reservations that evening at our resort, where both of my parents were waiting to hear the great news. I can't express how perfect it all was! 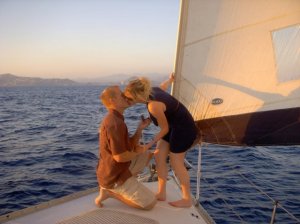 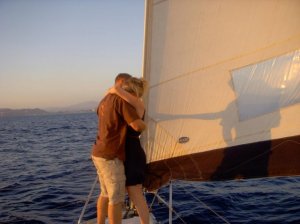 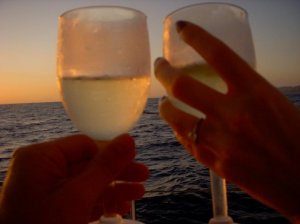 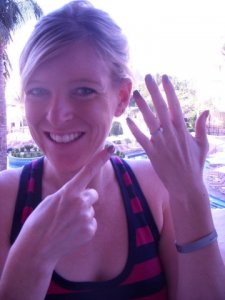 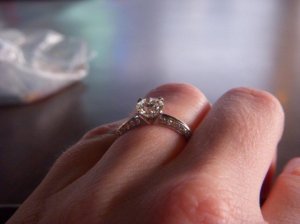 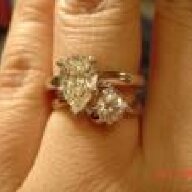 What a lovely proposal, couple and ring! Congratulations!
"Elegance is a physical quality. If a woman doesn't have it naked, she'll never have it clothed" the fab Karl Lagerfeld
F 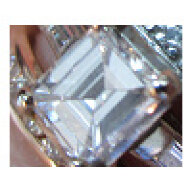 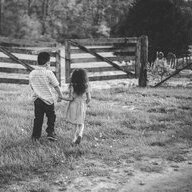 What a romantic proposal and that ring is BEAUTIFUL. I love the fact the you have your parents to celebrate with both of you. Good luck and best of wishes!!
You must log in or register to reply here.
Share:
Facebook Twitter Reddit Pinterest Link
Be a part of the community It's free, join today!
JEWELRY BLOG