I saw your TMJ comment that I posted below and was wondering about having your wisdom teeth removed. I have the same exact symptoms you do... having to slide my jaw over to open it more... and I''m afraid keeping my mouth open for so long while having my wisdom teeth removed will really aggrevate it. Did you have any problems or even just fears about that?

"I''ve had TMJ problems since I was about 16. That was my first dental visit ironically enough! Iv''e had the headaches, aural fullness, popping, locking, etc etc. I can only open my mouth so far before I have to slide my jaw to one side and allow it to open up further. It''s been years since I''ve been able to eat an apple on the core. Since I''ve had my wisdom teeth removed it''s better. I never could use a mouth guard but I''m very aware of clenching and grinding. I''ve trained myself to wake up at the first sign of pressure (which of course irritates the TMJ)."

oobie~ I had one wisdom tooth removed when I was 19 (I didn''t have dental insurance at the time, so I just took out the one that bothered me). I had to have oral surgery and I requested gas. I was nervous because the pain was already bad, but the dentist told me the extraction would make it better. That experience was absolutely miserable. My mouth was open for about 45 minutes with a "shim" pushed in between my jaws. I was completely aware of the aching in my jaw during the procedure and I knew it was going to feel terrible after he was done. I *think* he used so much pressure to remove the tooth it made the TMJ worse. For over 6 months I had the worst pain. It was all I could do to insert a spoon between my teeth. I lived on soft foods for that entire period. Finally, I just started manually forcing my jaws apart and it hurt but eventually I was able to open my mouth again (while still sliding over the bottom jaw.)

More recently, I had the other 3 teeth removed (10 years after the first surgery). I was pretty much scared sh!tless! I thought I would be on pureed foods for at least a year and become an invalid. BUT, I had a great doctor, it only took 20 minutes (I went under

). Within 3 days I felt great and was eating regular food. The popping is still incessant (every time I chew and often while speaking), but for the most part it doesn''t hurt anymore. The headaches were drastically reduced and the aural fullness only shows up occasionally. I still have to slide my jaw over but not nearly as soon as I did before. ( before, I could only open my mouth maybe half an inch then I had to slide it over, now I can open it 3/4 of the way before having to slide) My teeth have shifted since the wisdom teeth have been out. (I think they were really messing up my bite to begin with). It''s been around 6-12 months since the extractions and I feel so much better.

I''m not sure what the differences were between the two doctors. They were both highly recommended oral surgeons with good reputations. However, the second doctor really talked to me about the pain and everything to expect whereas the first doctor didn''t even skim over the topic.

That might have been way more info than you wanted, but I hope it helps.

I just wanted to add something to this thread: I was never technically diagnosed with TMJ, but I went through a ton of dental work and orthodontia as well as oral surgery in the past couple years and everyone who treated me asked me if my jaw always made that clicking noise. Long story short, I had my 4 wisdom teeth removed, my upper palate expanded, and braces for about a year and a half, and my jaw does not click anymore, even if I TRY to make it click. 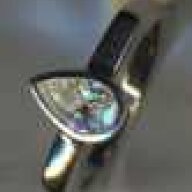 To add my 2 cents, my TMJ started with getting all 4 of my wisdom teeth pulled. I was perfectly fine when they were in and I regrett it a little now.

"Beginning today, treat everyone you meet as if they were going to be dead by midnight. Extend to them all the care, kindness, and understanding you can muster, and do it with no thought of any reward. Your life will never be the same again." ~Og Mandino~