Are Halos Still in Style? 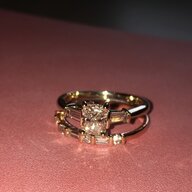 How long will they be in style for? Thoughts? Opinions?

I don't know with certainty but I think they will always be popular to some degree for what they bring to the table so to speak. Done correctly they make the center diamond seem larger and that is a good thing for most people.

However instead of focusing on trends and what is in vogue at the moment if you choose a style you love that speaks to you then you cannot go wrong. Though many of us are serial resetters we do it not for trend but for what we love.

I am a solitaire girl so do not gravitate towards a halo for me ER though I have several haloed right hand rings. I think halos will always be in style for some but if you are looking for truly timeless the solitaire cannot be beat.

Having said that I still say go for what *you* love and adore and you cannot go wrong.
“Until one has loved an animal, a part of one's soul remains unawakened.”
― Anatole France
PRO-CHOICE…Anti-ignorance
M

Missy, great response. You said it all.
Out of curiosity I searched for & found this blog on the history of halos.
http://eragem.com/news/an-historical-progression-of-the-halo-ring-setting/

I'd say halos have been in style for a long time, but they are now more "trendy." To me, there's a difference between "in style" and "trendy." Halo styles have changed, but you can find halos from the 1900s, 1920s, etc. I think that, if you love them, you should get one and just love the heck out of it, without regard to what's in style over the years as you wear it. It can actually be very cool to stick with what you love as styles change, and who knows, they could come back "in style" at some point, as older generations influence younger ones.

For example, my mom got married in the early 70s and her wedding band is this amazing chunky yellow gold textured band with diamonds scattered in amongst the gold. Was it trendy at the time? Sure thing, but she loved it, and it was custom made. She stopped wearing it at some point when she got a different, more sleek style channel set band that fit better with her career, which involved wearing latex gloves daily. But recently, after retiring, she started wearing the chunky band again, and it looks great. She's in her 60s, has grown children, and obviously has been married for over 40 years, so why not wear her original wedding band? Her age is no secret.

She's been rocking it for a few months, and I think it's awesome. I actually openly covet it. 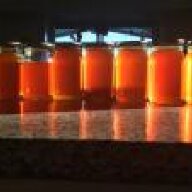 Yes, great distinction between in style and trendy. 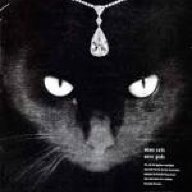 In my opinion halos around a diamond are definitely a big trend and have been for a while, however, I really like them when they are done well. Especially with a cushion cut diamond.

Halos around a coloured gem (emerald, ruby or sapphire) are more timeless in my eyes.
You must log in or register to reply here.
Be a part of the community Get 3 HCA Results
Jewelry Blog