Anyone expecting a Valentine''s Day Proposal??

It''s a little more than a month away. Anyone think they will get a proposal?

I know it''s coming, this year mostly likely, but not sure when.

I was hoping it would be before Feb 14th...but it''s unlikely. So maybe it will happen on Feb 14th (we are suppossed to be skiing in Colorado that day)

Engagement is just the last thing in our minds for right now...

nope it will be after July for me unfortunately! Unless he does it before NY
M

I'm with you, Mandarine! I actually would really not like a Valentine's proposal (which I'm pretty sure he is aware of). I'm not a big Valentine's fan, and besides just last year one of my friends got engaged to a short-time bf on Valentine's Day... then spent the next two weeks rubbing in how she had been with her bf for less than 1/4 the time that I have, yet they got engaged first, and isn't that great--especially that he did it on "the most romantic day of the year"?

...Needless to say, we are not friends anymore, but every time I talk to her I get an "oh, he hasn't proposed yet? maybe he's just not the marrying type!" from her. And also needless to say, I do NOT like Valentine's Day very much anymore (hoping this will fade over time...)

Sorry for the vent.

Maybe I will be surprised? We'll see!

Hehe, I will admit to hoping for one! I really need to go back and update my thread because a lot has happened since I last talked about my situation! The thing is that neither of us are THAT into Valentine''s Day so I thought it would be neat because this way it would actually mean a little more to us. The optimistic me says VDAY! The realitic me says summertime. But optimistic me normally has control of my brain 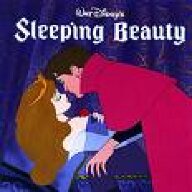 Hi all,
Its been a while since i posted. No engagement at the end of the year like we had thought, but i did get a brand new jeep for christmas. Dont want to thread jack so i will post later on with an update. I dont think he would do a V-day proposal but hopefully soon thereafter.
SB

nope, don''t think that will be me. we never make a big deal of that day, so i doubt he would do it then. blah, i hate waiting!

Haha, I''m with SparkleIllinois on this one... The optimistic me hopes it will happen by our anniversary in mid-March, but the realistic me is resigned to the likelihood it won''t happen until summer. Though, I highly doubt it would be on Valentine''s Day anyway, as my BF just kind of rolls his eyes at the whole holiday, and I must admit I am not really into it either.

I actually hope not (I think he''d guess this too) ! I''m not a huge Valentine''s fan. Yes it''s fun and cute, but I think it''s silly to designate one day to showering those you love with love instead of doing it all the time just for the heck of it. But who knows it''s not up to me!

I like Valentine''s day, but I am definitely by no means one of those girls that gets candy, flowers, etc. My boyfriend and I just go a little $10 gift and we go out to dinner. Nothing too special.


To answer the question, I MIGHT get a proposal before, but mostly like after. It will definitely not be on Valentine''s Day... That''s for sure!

Well let''s see he said that he would never propose of Christmas, because it''s too cliche, so I''m guessing a no on this one... Although..... my ring was supposed to be completed last sunday (6 weeks to make the custom ring, but she said 2 weeks for final wax and it ended up being 4!!) :::::sigh:::::: I don''t think it''s ready yet, but I''m cut off from this point on. Last Valentine''s Day we went out to dinner and a girl got on the phone talking to another girl really loud about her proposal and I desparately tried not to sigh, and boyfriend felt a little uncomfortable, mainly because he knew that I wanted him to already pop the question already after 4 months dating and he decided a month early that he did, but didn''t have the finances.
Just maybe, maybe! But it is one of those times where todays the day! kinda thing
I am counting on having my ring by Feb. 14th at least

I would imagine at least one proposal on V-day.

Hope you don''t have too much of a wait yourself,
The whole topic of e-rings came up on my birthday. He said what do you want for your birthday with a sh*t @ss grin, I said oh nothing and then I told him two days before that I would really like a ring.... The day of my birthday we were supposed to go do something and he messed up and didn''t have anything planned, so he took me ring shopping to make up for it, just to look not to buy and that how it all started back in April 15, 2006!! lol We went to Zales just to look and get ring ideas. 10 months later maybe I''ll just get it lol.
P

V day is his birthday so there is not ever going to be a chance of a proposal for me. It is his day!

Take me out of the running for this one guys, i just found out that the ring won''t be PURCHASED until March. By then I''ll probably be in the looney bin!

Ahh!! hang in there. I''m going to the loony bin myself , probably need to tie my straight jacket a little tighter though.

I would like one before then! However, I made a huge deal about not getting engaged on Valentine''s day, because I think it''s the lazy way out! So definitely not a V-day proposal for me.