OboeGal said:
Just a bit of (hopefully) helpful advice for you, @missy, if/when you get a new washer, or for others in the thread who have newer machines: we were told by the repairman that diagnosed our last washer and helped us choose and install our newest one that the newer high-efficiency machines need much less detergent than the older ones. He said that the "recommended detergent levels" indicated by lines on the bottle cap are way too much; he said that, for a large load, the lowest line is plenty, and even less for small or medium loads. (I found an article that said to use only 1-2 teaspoons for a normal sized load.) Also, one should only use detergent meant for high-efficiency machines in them. He said that using more, or using detergent not meant for high-efficiency machines, will leave detergent residue in the clothes, encourage mold and "funk" in clothes and the machine, and actually damage the machine over time in a way that shortens its life, sometimes significantly. (He was telling us this because that was, indeed, the "cause of death" for the machine he diagnosed. I had been following the guidelines on the cap, not knowing any better.)
Click to expand...

When we got our machine years ago the salesman told us he thinks most people use way too much detergent so i cut right back to way under half a cap full
stuff still comes out clean and nothing smells bad
Obviously if im waahing something really dirty ill use more, but how dirty is a laod of towels really going to be

I had been without a washer dryer since July 2019, and finally got round to replacing the Smeg that was installed in 2006 when I moved into the house.

The drum started to rub against the seal about 2 years ago. I had someone to have a look, and he advised if it got worse then the whole thing should be replaced as it was not cost effective to repair.

It then chewed a big piece off the seal about a year afterwards.

I replaces it with an AEG, and am very pleased with it.

Both are mid-range, and I could not justify getting a Miele which is considered the best.

The Smeg lasted nearly 13 years as I had been largely on my own except for a couple of brief periods, and doubt if it would have lasted this long had there been more people living with me permanently.

Hopefully the new machine will last as long as the old one, as it is integrated and not easy to replace.

Hey @missy , we just got our new set yesterday. The washer is the LG3800, the dryer is the LG3900. The 3900 washer still isn't available in Canada. We got them at costco, and they're really good! So happy that there is nothing "wrong" with them. I will have to experiment with the steam settings on both. So far they are perfect.

ran across these the other day...
Old school no electronics washers and dryers:

@Karl_K I would have 100% maybe 110% preferred the old non electronic models. They did last, and they could be fixed. We had already replaced the motherboard on the old set, and new springs. The next repair to be done (by my DH, not a repair person) was going to be $500 to fix the spin cycle issue. We had to give up. 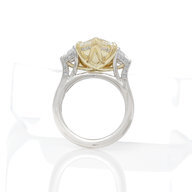 So I wanted to give an update on our washer that was purchased in February 2020, the ball bearings went out so they have to be replaced along with the tub. Thankfully it’s still under warranty but I’m still upset this has even happened, it’s suspended that the washer was most likely damaged from the get go. It is also an insanely LOUD washer (think race car kind of loud), we thought that was normal since that was all it ever sounded like

model number
WM3900HWA.ABWEUUS
Whether we fall by ambition, blood, or lust; Like diamonds, we are cut with our own dust...― John Webster

Karl_K said:
ran across these the other day...
Old school no electronics washers and dryers:

I have Speed Queens now, with no electronics. Love them! I had LG front loaders prior and I much prefer these. I don't miss all of the extra cycles - I pretty much used the same couple of settings anyway. I also don't miss the foul odor, having to leave the door open to combat it, the high initial price tags, the repair headaches, and the short lifespan.

lyra said:
Hey @missy , we just got our new set yesterday. The washer is the LG3800, the dryer is the LG3900. The 3900 washer still isn't available in Canada. We got them at costco, and they're really good! So happy that there is nothing "wrong" with them. I will have to experiment with the steam settings on both. So far they are perfect.
Click to expand...

Yay! I am sorry I forgot to come back here and respond as I read this when we were on the go and then I forgot to come back here to reply to you. How is it working out so far? Greg bought the belt and guide wheels he needed to repair the dryer but so far I haven't let him since it is working OK. A bit squeaky but I am leaving well enough alone til he has to repair it. Greg isn't happy with not fixing it but that is where I am right now. Wanting to leave it alone til it stops working. We have enough on our plates as it is if you kwim. So my fingers are crossed it continues to work for a long while but it can break at any time and I think we are on borrowed time right now lol.

I hope your new washer and dryer is working perfectly and you are pleased with them both @lyra! And congrats on the good news re your DD's negative Covid test. What a huge relief!
“Until one has loved an animal, a part of one's soul remains unawakened.”
― Anatole France
L