I have pretty much cut out all unecessary people off my list bringing it down to about 45, with ten being out of the country so the likelyhood they'll come is pretty slim. My fiance on the other hand feels the need to invite all his high school friends who he sees maybe once a year at a christmas party but could really care less about. When I asked him about it he said "well when I see them we have fun" Well I have fun with a lot of people and I'm still not inviting them. I'm just frustrated. If he keeps up with this attitude we are going to end up with over 100.

I can't cut out any more without leaving out people I really care about and I don't think it's fair either. At this rate it will only be his friends and his family at the wedding.

put your foot down

maybe they invited him to their weddings and he feels like he needs to repay the favor?
"It's so great to find that one special person you want to annoy for the rest of your life." ~Rita Rudner I marry my best friend on 11/14/09! 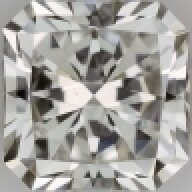 I would split the guest list. That guarantees that you get to invite those who are meaningful to you, and he can do as he wants with his list, but it has to be within the number allotted him.

It''s not about his or yours. *Ideally* the people invited would be people who mean something to both of you.

That said. John''s friends and family made up 15 people out of our 68 guests. Many of them were my parent''s friends. We still had a blast.

Keep in mind that a lot of people are hurting for money right now, and so your reject rate might be higher than you think.
"So often in life, things that you regard as an impediment turn out to be great, good fortune." -- Ruth Bader Ginsberg

Just a gentle reminder, that the wedding is a transition period for both of you, and likely filled with all sorts of emotional triggers. Clearly, I don''t actually know you or your df, but I know for me when it comes to the guest list I have pangs of wishing to invite certain people that I''m not actually friends with any more. Pangs, because I realize that these are people who at one point in my life were very important to me, and my growth as a person, and it''s surreal to realize they won''t be at my wedding. So go easy on him. It doesn''t mean inviting all 35 of his high school friends, but make space to talk to him about it. It is important for you to feel like you have friends to love and support you on your journey too.
M

You two really need to have a talk about how you both (not you, and not him, you two as a couple [welcome to marriage

]) envision your wedding. Talk to him, not to us!

We didn''t just make lists of who we "wanted," we decided on sections of people who were important to us (ie. family extended to cousins, closest friends that we saw all the time (or wished we could), the most meaningful people in that most important club in college, etc.). Once we had those section labels, we filled in the people who fit in those sections. We went through and removed anyone that we didn''t feel "sad" about not having at the wedding - not that we don''t ever want to see them again, just that we wouldn''t look into the crown after being pronounced husband & wife and say "Oh, I wish Susie Brown were here." That REALLY narrowed down our guest list.

Something like that may work for you. I''d suggest starting from scratch. Once the guest list is too big, it''s REALLY hard to cut down. It''s much easier to start from 0 and add until you have the right number.

It also doesn''t matter if you have more people there for one of you than the other. People have different size families and social circles, that''s just how it is. It''s not fair to try to reduce or bolster "sides" just in the name of "equality." 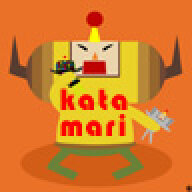 Can you figure out some sort of compromise by hosting a happy hour for the friends or something? If not, put your foot down. Plus, you can remind him that when he is having fun with the h.s. friends, it is not with Grandparents, Aunts and Uncles, etc. in attendance. It won''t be the same atmosphere.