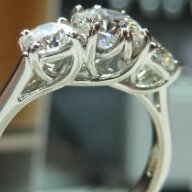 I have just received my three-stone ring from I.D. Jewelry and I cannot say enough about the excellent experience that I had there. Yekutiel and the entire staff of I.D. Jewelry are consummate professionals and the service that they provide exceeded any expectations that anyone could have when shopping for fine jewelry.

I have wanted a round three-stone anniversary ring for some time and once my son informed me about Pricescope, I became somewhat addicted to this wonderful site trying to learn as much as possible about round diamonds prior to starting my quest. My Pricescope education made me understand why some round diamonds looked wonderful and alive, while others looked dark and dull. I now knew the significance of cut and I relied on the HCA tool to help me evaluate many on-line diamonds from various vendors, although I knew that the Aset and Idealscope were also important.

Once I felt armed with sufficient "book learning," since I lived close enough to New York City, I decided to look in person to get an idea of how the "numbers" translated into "real" stones. I also wanted to check out some Vatache settings. I was able to see some diamonds in person and initially I only went into I.D. Jewelry to check out the Vatache settings since they were listed on the Vatache site as a vendor. At that time, since I was unaware that they were also a Pricescope vendor, I had no intention of looking for diamonds there as I thought they were just one of the 47th street vendors to avoid at all cost. How wrong I was!!!

I explained that I was only looking at settings, but Yekutiel, without any pressure, brought up some diamonds on his data base. Again, in my mind I knew I would only buy a diamond from a Pricescope vendor, but I didn''t want to be rude when he was trying to be helpful. To my amazement, when he came up with an AGS triple 0 1.06, F, VS2 stone for me to look at, he immediately put the numbers into the HCA tool and then took out an Aset and Idealscope without me even asking. Then I mentioned Pricescope and to my surprise he told me he was a Pricescope vendor.

At this point, I was a little overwhelmed with information, so I took a break and came back later in the day. By then Yekutiel had found two matching sidestones which also scored quite highly on the HCA and had wonderful Aset and Idealscope images. I went home to think about it and research it for a few more days, then called Yekutiel and said I would like to come up again and take the stones to an independent appraiser (whom I did not name) to review before purchase. He was more than happy to oblige and when the appraiser verified the value of the stones at way more than I was paying, I knew I found my jeweler.

A little over a week later, I have my beautiful ring in the Vatache Royal Crown three-stone setting. I would love to post pictures but the ones I have a too big---I will work on getting smaller ones so I can post but I may have to wait a few more days for my son to help me with this. Once again, if you are looking to buy on-line or on 47th street, you will not find a better place than I.D. Jewelers.

Interesting to read your story, Gracie, and I''m looking forward to your pics!

If you go into your computer''s photo files, and click on a photo, you should have the option to ''edit photograph''. There will be an option to ''resize'', I prefer to resize by simply entering a percentage number (eg 50% of original photo size). Sometimes the actual photo is bigger than the screen image of it, and you have to resize downwards a couple of times to get the right effect. Press ok and save the new photo as xyzresized. Then... upload!
And then a plank in reason broke... Emily Dickinson

Your ring sounds fantastic! I cannot wait for the pics

THIS AGGRESSION WILL NOT STAND - The Dude
F

What a fantastic experience Gracie. I am glad you had a good experience there since I live in the NYC area and my husband works very close to that area. Enjoy your ring...and don''t forget to post pics so we can enjoy it too!
M

Wonderful to hear such a good customer reaction! They seem to have a few fans around here. Your ring sounds lovely, wear it in good health!
M

I had the same fantastic experience at ID Jewelry with Yekutiel. He is such a sweet guy, and he has access to so many diamonds that it''s impossible not to find what you are looking for

I can''t wait to see your new masterpiece

Thank you Lara----I''ve been fooling around with trying to attach a photo. Let''s see if it works. I don''t know if I''ll be able to do it again though. You can see I''m a technology illiterate. LOL 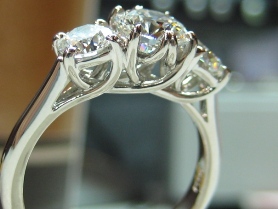 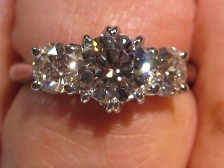 What a lovely ring!! Glad to hear you had such a wonderful experience! Wear it in good health!
M

I would also like to thank all of you who diligently post on Pricescope with the information that the rest of us can use to choose a beautiful diamond. 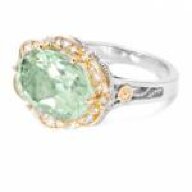 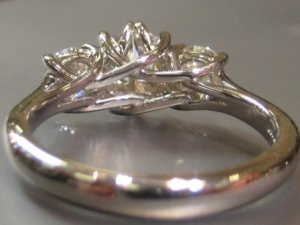 Gorgeous ring ... aside from the obvious (diamonds) ... I really like the facing and the way the setting flows ...

Oh wow, that setting is so lovely! It''s fluid and romantic... Love it!! 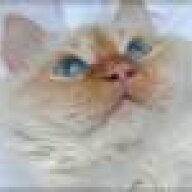 Beautiful. I want a three stone ring....I want everything, really, I won''t lie. My BF agreed to take a NYC trip to shop for rings. Your story makes me want to make sure I hit ID jewelry. Thanks!
"Do what you like, like what you do" - Life is good

Ditto! I''m so glad everything worked out so well for you! 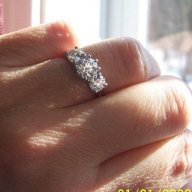 It''s gorgeous and I am happy to hear you had such a wonderful experience!
We only know the most minuscule fraction about life, ourselves and the universe and even that changes daily. To only believe what science can prove right now is like living inside a small box and not being open to the possibilities that lay outside.

I just looked up your ring and we are twins!! I don''t know how I missed it when I was lurking on Pricesccope---it would have saved me much angst had I seen how beautiful yours was while I was waiting to see how mine would look. Your sidestones are larger than mine which are .43, but other than that they are the same.

Congrats on your gorgeous ring!!!

Wow, it is so beautiful!!! Yay for ID Jewelers and your fabulous new 3 stone BEAUTY!!!! Congrats and yay for your son telling you about PS

And then a plank in reason broke... Emily Dickinson

Thank you everyone for your very nice comments on my new ring. I reallly do love it!!! Now that I have this diamond thing down I may have to become a "regular" at I.D. Jewelry.