Advice needed on a pair of princess cut studs... 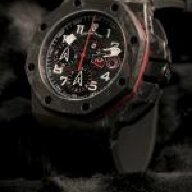 Where has this site been all my life!?!?! This forum is amazing...

I have been doing research on a pair of Diamond Studs for about a week and my head is about to explode! Being a reformed engineer , I've been pouring through so much data that even I am feeling overwhelmed. Basically, I'm looking for a pair of studs in a princess cut around the 1.5 CTW range and want something eye clean with the best cut available. I'd like to keep the overall budget around $5500 with Pt settings as I am about to also make a big commitment on an engagement ring in the $$$ range. I assume these parameters will generally get me to the most sparkly and eye catching set of diamonds, but I am open to any and all comments and advice. I've found this pair online and was wondering if any of you had thoughts on them.

Thanks in advance for your advice.

Not a fan of that second stone.


Here are some that look promising re size/specs/faceting -

Thanks so much Yssie - I value your input and definitely learned from your other posts. Your selections do intrigue me - do you mind if I ask a few follow up questions?

1. What is it about the second stone that makes it less than an ideal choice in your eyes? With your experience and diligence, I assume that there is something that immediately sticks out when you look at it? As a newbie, I certainly don't see it.

2. The second set from JA does stand out due to the color. Why is it in the price range with the others as I would have assumed that this would have driven the price up significantly?

3. Your recommendation from WF has me very intrigued as I never considered going through them (simply because this was the first time I've heard of them). Given your initial preference aside, what are the pro's and con's associated the second set from JA versus the set from WF?

I guess the fact that there is a set in this group that has such a wide color variance from the rest is what really confuses me. As above, I appreciate your feedback and certainly understand the time and effort you put into posting.

Well - it's never a great idea to weed by still photo, w/ all the uncertainties in photography & printing & printing to web, but given only the info JA provides on the website and that the GIA report is all but useless for fancy shapes - we've got to start somewhere! What the still photo does show us is the patterning (from whatever distance and angle the photo is taken).


So - on to what you actually asked -

1. I don't like the faceting on the second one. The first stone is bright, interspersed with black (facets that provide contrast by returning to the eye whatever is directly in front of the stone - in this case the camera) - it just *looks* nice. The chevrons are of even thickness and are evenly spaced, again contributing to a nice pattern. The giant chevrons and uneven patterning in the second don't look nearly as pleasing in the photo, and add to that the fact that there are large areas of contrast (black) right next to areas of 'leakage' (light escaping out the back of the stone through the pavilion instead of being returned to your eyes) and what you've got is a stone that looks bright in the centre and dull/dark/dead under the rim of the table, not a good match with the even patterning and light return of the other. The second one is also spreading considerably smaller in mm dimensions than the other.

And yeah - I know they're studs with your face in-between, so a great match is less important than with say sidestones on a ring, but if you're spending 5k on a pair I think they should be a pretty darn good match! I've found that you usually have better results searching for your own stones than going with vendors' matched pairs on websites, as they're usually matched by colour/clarity/carat/table - and even matching all of those doesn't guarantee two princesses that *look* alike IRL.

2. Diamond pricing - not a clue! It can be surprisingly unpredictable. Maybe it was the full moon, or they're from older stock, or... The one has a report from last year, maybe it's a trade-in? If so you'll want to confirm that the report indicates the current condition of the stone (that it hasn't been chipped/scratched by a careless setting job in the intervening months). I'd just have JA check for you, and then plan to have the studs appraised when they're set (which you should do anyway, so no biggie).

Request ASETs if you're interested, JA will provide ASET on three stones for free.

3. I like the WF pair best. They're precision cut stones, specially proportioned for a certain "type" of light return and patterning aesthetic. In this stone for example you can see that the corners under the table look dark/dull/mushy, no clear facet outlines - these are areas that won't twinkle or shoot off sparks, they really do look "mushy" IRL. Other princesses can show more or less of this effect, depending on proportioning, and in the WF stones this regions is completely eliminated - so they'll be brighter under the table. The patterning is even and nicely matched, and you have extra info like ASET photos to confirm, and the smaller tables and higher crowns will permit more coloured light return in a variety of lighting types.

Of course, they're also pricier! AGS, unlike GIA, will assign a cut grade to princess shapes - the AGS0 cut grade merits a certain premium, and you are paying a premium for the precision cutting, the ACA branding and the upgrade/trade-in/buyback policies that these stones come with.

I'm sure I'm missing some but those are the first that come to mind when I think of lots of precision cut princesses w/ lots of info
Some circumstantial evidence is very strong, as when you find a trout in the milk.
~H.D.Thoreau

Thanks so much Yssie! I spoke with Liza at WF and if we can get the settings done in time, It'll be a done deal tomorrow morning.

I appreciate your help. Now on to the bigger rock to source...

NP, hope they can get it done for you - and looking forward to pics!
Some circumstantial evidence is very strong, as when you find a trout in the milk.
~H.D.Thoreau

Here is an actual picture prior to having them mounted. They will be done early next week! 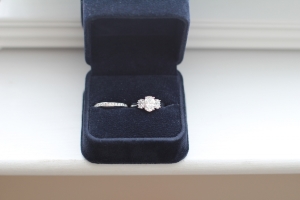 They will be gorgeous earrings.
Marcy
If I was Snow White you'd never be able to kill me with an apple. You'd have to put poison in a cookie or chocolate.

They look fantastic together
Some circumstantial evidence is very strong, as when you find a trout in the milk.
~H.D.Thoreau

Thank you all for the kind words - I am now on the hunt for a larger stone in the 2.5 ct range and will be seeking your advice later this weekend!

Great choice on the studs...and since they are ACAs if she ever wants to upgrade she can do so!
~~~Thanks to PS, my wants far exceed my budget!~~~

These pics were just taken prior to shipment. They should arrive tomorrow! 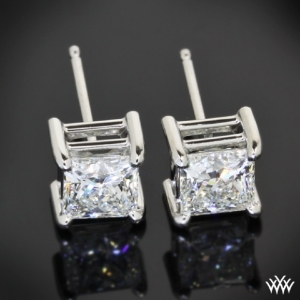 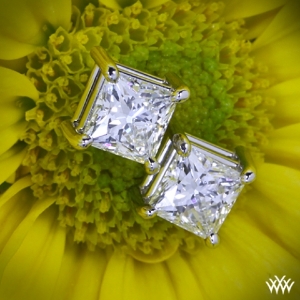 Earrings have arrived! They are stunning despite my awful photography skills. 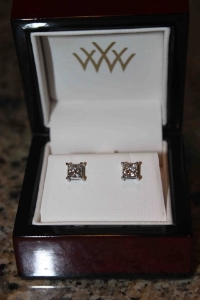 Thanks again to Yssie for the recommendation!

Ooh they're in - congrats! We definitely need an SMTB thread for these lil' guys - with ear shots