Hi All, wasn't sure if this was the site/forum/sub-forum to make this kind of inquiry, but saw some similar ones, so thought I'd try.

I've been searching for a particular ring style/metal for a while and have not been able to find anything in my price range or close enough to the style. The closest I've come is tonight when I stumbled on this:
http://formjewellery.com/portfolio/platinum-plain-fitted-wedding-ring-to-fit-trilogy-engagement-ring/

This is almost exactly what I'm looking for, with the Bypass style, added band and emerald mount with claws.
The only changes I'd have are removal of the side stone settings and (or at least) having it as Palladium.

It's a stretch, but I'm wondering if anyone's seen a style similar to this or my description, riding around (and this is the hard part I guess) sub $1,000 for the setting or sub $1,500 for the set...

Appreciate any help or guidance, and if I've mis-posted by way of the content or format, I'll gladly accept correction.

Did the wearer chose that style ring?

Or is this something you, the purchaser, have decided is a nice look?
"So often in life, things that you regard as an impediment turn out to be great, good fortune." -- Ruth Bader Ginsberg

I would check both the Stuller and the Unique Settings sites. It's a fairly simple design, and bypasses (as well as twin rings) seem to be coming back into style, so they shouldn't be hard to find. On US, look in the engagement sets, semi-mount area. This way a peg head can be used for the emerald cut. Good luck!
Melissa

You might try looking at by-pass rings on Gabriel&Co. But like what Gypsy was getting at. Not to many girls pick by-pass rings
these days and I certainly would not recommend one unless she picked one out and said she wanted one like that.

https://eshop.gabrielny.com/engagement-rings/attCategory-ER/attDivision-BTBR-GBBR/attStyle-BYPASS
~~~Thanks to PS, my wants far exceed my budget!~~~
P

Thank you all so much for the suggestions and search types/locations. I'll give the a go.

Also, Gypsy, tyty333, this is something I've picked out as the purchaser that I believe the recipient (my now girlfriend) would like. We've spoken and seen styles before that has given me direction on this. Specifically bypass was not discussed back then, but we'd seen similar she's liked in the past. 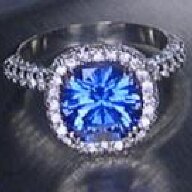 This would be easy enough to find at your price....if you weren't looking for it in Palladium. Palladium is probably harder to cast than platinum and requires special equipment to do it properly. There are very few catalogs which offer stock pieces in palladium, so this may need to be done as a custom piece, upping the cost to a level that may not be suitable to you. How about palladium/white gold? Than things get a little easier and probably more doable.
www.gemshoppe.com
Shane Co. Lynnwood, WA 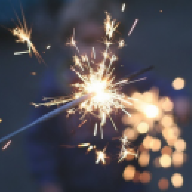 Split shank rings have a similar feel but are easier to find. They also commonly will fit a straight band (so that the wedding band can be worn alone without looking incomplete) 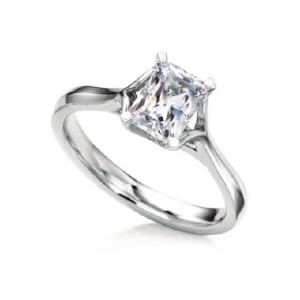 I would not get a bypass ring in this case. You mat think it 'close' but it isn't they are very out of date. That'd why you are having such a hard time finding them. Also mosr women want a flush fit straight wedding band, which that style doesn't allow for.
I would advise you to pick a different style.

What size and shape center are you getting and do you have it already?

What is your budget.

And does she have a Pinterest account.
"So often in life, things that you regard as an impediment turn out to be great, good fortune." -- Ruth Bader Ginsberg
A

Images Jewelers (online) has a gallery of custom rings they've made, including bypass styles. They definitely make things that you don;t see coming and going everywhere.

http://www.maevona.com/engagement-rings-c-4/?cat=7 look through here they have some modern bypass styles.

I really recommend against a step cut (emerald cut) center stone in a bypass ring.
"So often in life, things that you regard as an impediment turn out to be great, good fortune." -- Ruth Bader Ginsberg
P

I am open, definitely, to 18k White Gold as an option if it does come in lower at my price point. I had done some reading and it seemed Palladium was actually coming in generally cheaper among a few portals (like D.nea).

AdaBeta27, thanks for the reference, I'll check them out!

Gypsy, why would you recommend against the emerald cut in a bypass? I was initially looking at round cuts, but her preference seems to be towards... square, or emerald or cushion.
As for Pinterest... she has no such account she's a bit removed from a lot of social media items.
I don't have a stone/gem as yet was generally focusing on the setting first.
My budget is about $1500 total, before starting this, we both agreed to be at about $1200 max... but I'm unsure I'll find much in that realm.
If I do drop the bypass then my options do open up, but my goal like I said was also to avoid anything jutting out, so flush as you say? Not flush like a men's band, but just that the setting isn't too far out to be hooked (similar to this: https://d.neadiamonds.com/diamond-jewelry/DR79)

Your budget is $1500 TOTAL for the ring and the setting?

That's the what most settings cost. So, first of all, yes, forget the emerald cuts. Small ones just look like baguettes. If she likes square we can work with that.

I have a couple ideas.
"So often in life, things that you regard as an impediment turn out to be great, good fortune." -- Ruth Bader Ginsberg

So Blue Nile has GORGEOUS well performing hearts and arrows cushions. (you will have to copy and paste the links, they don't click through right).
Here's one in budget for you:
http://www.bluenile.com/diamond-details/LD03805805

Hits half a carat. Is guaranteed eyeclean (all the stones in the Signature line are). It's going to be beautiful.

IF you can stretch the budget a little, you can get this setting: http://www.bluenile.com/build-your-own-ring/petite-graduated-milgrain-engagement-ring_56233?elem=img&track=product

It would be a really lovely ring for about 1800 dollars.

Palladium is hard for most benches to repair, size properly. We generally recommend 14kt white gold.


I will post some other options for you as well. But this set would be truly a phenomenal value for the price.
"So often in life, things that you regard as an impediment turn out to be great, good fortune." -- Ruth Bader Ginsberg

These both hit 5mm for you.
http://www.jamesallen.com/engagement-rings/side-stones/14k-white-gold-blossoming-vine-engagement-ring-item-53298 And this setting. This price is only valid through February 8th, as JA is having a sale for Valentines day until then.

Those bring you in at 1600.
http://www.jamesallen.com/engagement-rings/solitaire/14k-white-gold-rope-solitaire-engagement-ring-item-52624 this setting brings you in at budget.

Both this and the blue nile option are going to be your best choices. Cushions are brilliant cuts so they will hide color and the ones I've chosen for you have the best spread for the carat weight of any square shape.
"So often in life, things that you regard as an impediment turn out to be great, good fortune." -- Ruth Bader Ginsberg

I would personally look at antique rings as that seems to be the style she is looking for and antique/vintage rings sometimes don't jut out.
P

Thanks all! I'll be looking into these.

Gypsy, thank you for the suggestions! I think I'll change up my search with these options. So I'll take a step back from the bypass and look into the styles you've posted here.

starrylight, thanks for your input as well. I missed your earlier suggestion on the split an I'll be looking into those as well, I think you're right on the style. They emulate to some degree the bypass, but still have standard flair to them.
You must log in or register to reply here.
Be a part of the community Get 3 HCA Results
Jewelry Blog