We bought our diamond and our semi-mount from two different internet vendors. We had been talking to a local jeweler who was very nice and genuinely happy for us when we found our stone online at such a steal of a price. Since she was so nice, we wanted to take the setting and the stone to have her do the work of setting the stone. Also, the semi-mount came with a small round 6-prong head, and we need a new one put in to fit a larger princess cut stone. It''s just a peg head that needs to be put on, and we wanted it in White Gold. The setting has been rhodium plated already.

She wasn''t as kind this time, and we got a totally different vibe from her today. Over the phone her partner quoted a price of ~$100 for the work. Today, she came up with a cost of $290 and she listed a bunch of reasons which sounded lame to us today. $40 was for the additional rhodium they''d need to do. $150 was the base price for setting a princess stone, and she added an additional fee for being in a bad mood I think. We told her it was way more than we expected and we''d have to think about it. Also, she said it would take at LEAST 2 weeks once it''s given to her "princess cut specialist." We have been just itching to get it set and to get on with the engagement.

We then decided to go get some quotes elsewhere. We went to Long''s Jewelers, and I admit we were a little mesmorized with the fancy lighting and snazzy displays. However, their jewelers took a look at our diamond and we told them what we wanted. They quoted a price of $200 for the new head and setting the stone and it would be re-dipped or whatever in rhodium also. If they had the white gold head, they could have done it in front of us today. They had to order it though, so it''ll be done by Wednesday or Thursday. Is $200 fair for a quick, dependable (from what he other shoppers waiting for their custom work had to say about their previous experiences) job? And, have any of you had any experiences with Long''s Jewelers?

We''re willing to pay a little more to have it done very soon, but I''ve heard people throw around much smaller quotes for setting stones. I just want to be sure we''re not being suckers. HELP!! 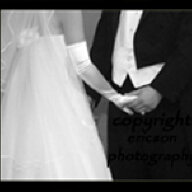 Before everyone puts down jewelers in a small store, I would just like it to be known that we had to go to another jeweler due to the mess another jeweler made of our princess cut diamond (setting wise). The jeweler we went to couldn't have been nicer and did excellent service all around even though the diamond didn't come from them. Now, he is the only jeweler we will work with. I just wanted to state that due to the quick response of other posts against B&M stores.

Jewelers need to be very careful when setting a princess due to the corners. I wouldn't want someone without that experience working on my princess diamond. That may be the reason why they have that "princess expert."

I wish you the best of luck with your mounting/setting. I hope it comes out beautifully and shame on that jeweler who was in a mood! I feel if you provide customer service, you should be friendly no matter how bad your day was!!!!!!!!!!!!!

How large is the center stone? What are its dimensions.... depth is also important to make sure the culet doesn't make contact with the base or the setting.

Those prices do sound a bit excessive. But it does depend on the size of the center stone, and that there is enough room to solder it in without interfereing with the shank of the mounting.

The head should be polished on the inside, and the ring rhodium plate for the areas that are white. Also although it is in part a matter of preference, mine is to only use the vtip type settings for princess cuts.


I have stones set for consumers all the time, after checking them out.

Maybe you didn't mention you were setting a princess cut when you got the phone quote??? Maybe she was having a particularly bad day when you spoke with her the second time.

My jeweler charges $35 to rhodium plate a white gold ring. Maybe they intend to do the whole ring since part of the plating maybe lost in the area around the mounting head???

She may indeed be using an expert, and not her regular goldsmith, to set your diamond due to the corners. Princess cuts can be tricky to mount properly. Maybe the goldsmith she intends to use only picks up pieces from her once a week, or on an as needed basis. The goldsmith that does work for our jeweler is VERY good! He picks up and drops off pieces at her shop twice a week. If you need work done and don't want to be without your ring over the weekend, drop it off on Tuesday. That way you get it back on Friday.

If you have had prior positive experience with the independent B&M you mentioned, I would be inclined to use them over a Maul/Chain store. You might try speaking with her again to see if she is in a "better mood" this time. If not, there's always the other shop you mentioned.

Good Luck getting your diamond set!

To answer a few questions and clarify a couple things...

There is room for the new peg mount without making any adjustments to the ring itself. We are getting a 4 prong V-tip head put on.

I think we're going to go ahead with the $200 option at Long's Jeweler's, which I believe is an upscale jewelry chain. It's not of Tiffany's stature, but a far cry from the mall stores. We'll only be without the diamond and the ring for a few hours, and we can see the head they'll be putting on it before they do the work.

If anyone has any more thoughts, we have until Wednesday night!!

Thanks so far for all the comments

Kewl! There are so many things that figure into mounting a diamond, it's hard to say what's going on with your local B&M. Glad you were able to come to a decision! Let us know how it all works out, and be sure to post eye candy!!! We all luv the pics here!