Graco Strollers and Travel System:
Graco Recalls Strollers After Reports of Finger Amputation
Wednesday, January 20, 2010
· Print
·
Graco''s Children Products Inc. announced Wednesday it is recalling 1.5 million strollers due to fingertip amputation and laceration hazards.
The following stroller models are included in the recall:
— Graco''s Passage;
— Alano;
— Spree Strollers and Travel Systems
According to the U.S. Consumer Product Safety Commission, the hinges on the stroller''s canopy pose a fingertip amputation and laceration hazard to children when a consumer is opening or closing the canopy.
Graco has received seven reports of children placing their fingers in the stroller''s canopy hinge mechanism while the canopy was being opened or closed, according to the CPSC''s news relesae. This has resulted in five fingertip amputations and two fingertip lacerations.
The recalled strollers were manufactured between October 2004 and February 2008, and are sold at retailers like Burlington Coat Factory, Babies "R" Us, Toys "R" Us, Kmart, Fred Meyer, Target and more.
If you believe you own a recalled stroller, stop using it immediately and call Graco at (800) 345-4109 to receive a free protective cover repair kit.

Your welcome. Once I saw that the Graco TravelSystem was on there, I figured it would affect alot of people. 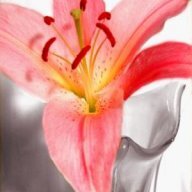 Thanks for posting this, I shared it with the 2 ladies in my office with young children.