Can you help me with these images??? Can you let me know if they look good??? 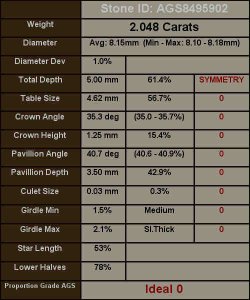 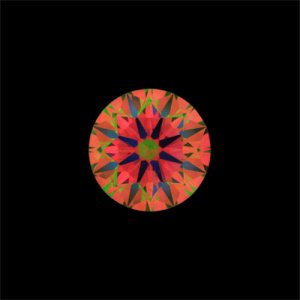 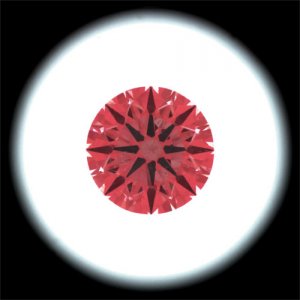 This is my favourite reflector image tutorial written by someone whose knowledge I respect very much, this explains what to look for.

In high performance rounds RED is dominant, broken by an even BLUE contrast pattern. GREEN is present in small, symmetrical quantities. WHITE leakage should be minimized.

Abundant RED indicates abundant light return, which most people find appealing. The balance of dispersion or “fire” seen will depend on the diamond’s configuration or “make.” Large tables and shallow crowns have more whiteness then fire. Small tables and high crowns have more fire than whiteness. Middle combinations are balanced.

BLUE creates the contrast pattern in a round diamond. These areas are obscured by the observer in the face-up position. Tilt the diamond slightly and those areas erupt in light as others go dark. Tilt it more and they swap again. Keep tilting and the on-off sparkle you see is scintillation. In high performance diamonds the character of scintillation is influenced by the table and lower halves. Short lower halves result in fewer, broader flashes. Long lower halves create more numerous, smaller flashes. Middle combinations are balanced.

You commented on my other stone I was looking at a few days ago... It was a GIA 1.80 SI2. I am still waiting fro images from that one.... I am not too familiar with the AGS cert but I belevie this stone is 0 or ideal for everything which is similiar to the GIA triple Ex... correct?

You commented on my other stone I was looking at a few days ago... It was a GIA 1.80 SI2. I am still waiting fro images from that one.... I am not too familiar with the AGS cert but I belevie this stone is 0 or ideal for everything which is similiar to the GIA triple Ex... correct?
Click to expand...

You are most welcome Mark and I would still like to see images of that one! AGS Ideal 0 cut grade is highly regarded especially around these parts and is often considered superior to GIA Excellent cut grade for accuracy. The diamond above looks good, do you have the actual photo, colour and clarity grades please?
Pricescope Prosumer
M

I have not seen it in person yet but the jeweler said it was eye clean...! It is an H SI2. 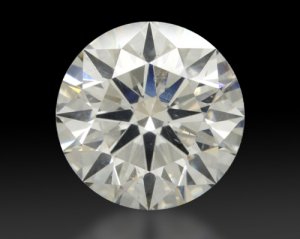 I like it, if it is eyeclean to your standards it could be an excellent choice - do you have it on hold from the vendor?
Pricescope Prosumer
M

Not yet?? I was concentrating on the 1.80? Should I put both of them on hold!!!! they are both from the same vendor. The difference between the two is about $4k

I would put it on hold as it is easy to guess who the vendor is and an eyeclean SI2 of that size is very susceptible to lurker poaching....

I just looked back to look at the specs of the other, it could still be in the running but it depends - if you would like to hit 2 carats then this is the one to concentrate on!
Pricescope Prosumer
M

Sounds good because if you hadn''t put that one on hold it would have been gone probably! The other day one of the veteran PSers found a fab pair of diamonds which were very expensive as suggestions for stud earrings, within hours they were sold and not to the person they were intended for. So it does pay to secure these diamonds if you are seriously interested.
Pricescope Prosumer
M

Wow... thanks! I will post the pictures when I get them

Most welcome! I know, its amazing isn''t it that diamonds so expensive can be grabbed so quickly, these were almost 2 carats each per diamond which were to make an earring set to give you an idea of the price - but it happens a lot!

Should be a beautiful diamond.
It isn't as technically perfect as some but the performance is there.

Karl.. What does that exactly mean??? H&A is the best and this is close to it?

In case K can't come back and explain, what he means is that looking at the images, the diamonds patterning and optical symmetry doesn't quite meet the strict standards and precision of a h&a cut. Now the diamond isn't being sold as that to the best of my knowledge so in this case no problem - unless you decided you wanted a h&a diamond. Having said that though, as Karl says it should be a beautiful and very fine diamond with great optics, just that it isn't quite on a par with a h&a. Visually though I would think there might not be much if any discernible difference between this diamond and a h&a to the layman.

Karl will explain further most likely when he is able, he is extremely skilled at evaluating these images!
Pricescope Prosumer