British jewelry designer Stephen Webster won first prize for Diamond Jewelry over $20,000 at the 2012 Couture Design Awards held at the Couture Jewelry Show from May 31-June 4. Webster’s one-of-a-kind cocktail ring, “The Temptation of Eve,” is crafted in 18k gold with six carats of diamonds set in the serpent’s head and a whopping five-carat Forevermark™ diamond nestled in the tail. There were a total of 162 entries on display at Couture’s competition hallway at the Wynn Las Vegas. Visit Couture Design Awards to see all entries and winners. 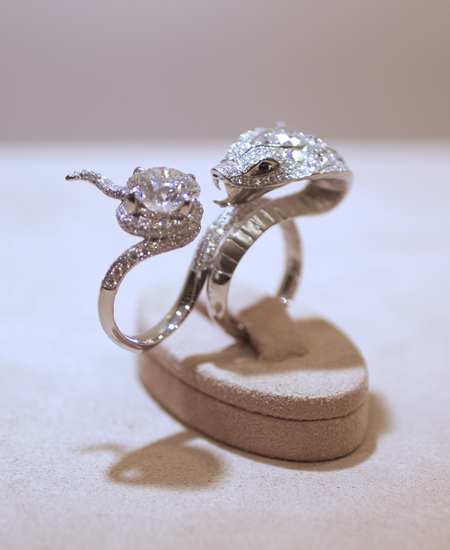 “The Temptation of Eve” by Stephen Webster