Sex and the City returns

Sex and the City is coming back, well at least ¾ of the four favorites will be returning in a new series. There have been some truly glorious jewelry looks displayed throughout the six seasons, two movies, and the spin-off.

In 1998 we met the fierce foursome and started following their lives and loves in Manhattan. Using her own life, and that of her friends, Carrie Bradshaw (Sarah Jessica Parker) wrote a sometimes-salacious newspaper column. SatC gave us four distinctly different women and interweaved their relationship dynamics in a way that was both relatable and exciting. Their bond persevered through highs, lows, loves, and betrayals.

One thing that remained constant, no matter what else was happening, was the looks. The fashion was always worth watching for, and the jewelry was incredible. In a 2001 episode, Carrie said “When I first moved to New York and I was totally broke, sometimes I would buy Vogue instead of dinner. I felt it fed me more. “We don’t encourage intentional starving but her dedication to fashion cannot be denied.

Today we are focusing on some of Carrie’s favorite pieces. After all, SJP’s birthday is in March! 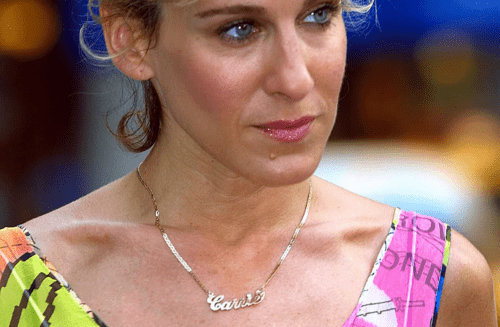 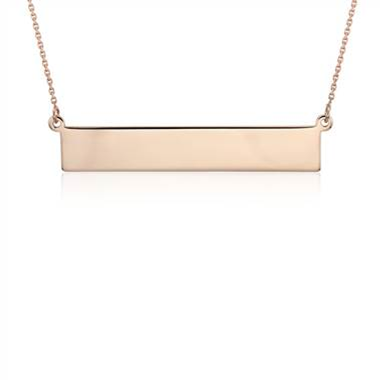 You can’t talk about the jewelry from Sex and the City without mentioning Carrie’s signature Carrie necklace. Carrie wore this necklace for years in the show and you saw them all over off-screen as a result. The look originally gained popularity among urban youth, when it was used in SatC it catapulted into the mainstream. They are back on the scene currently spanning from low-end versions to diamond offerings worth thousands.

ENGAGEMENT RING AS A PENDANT 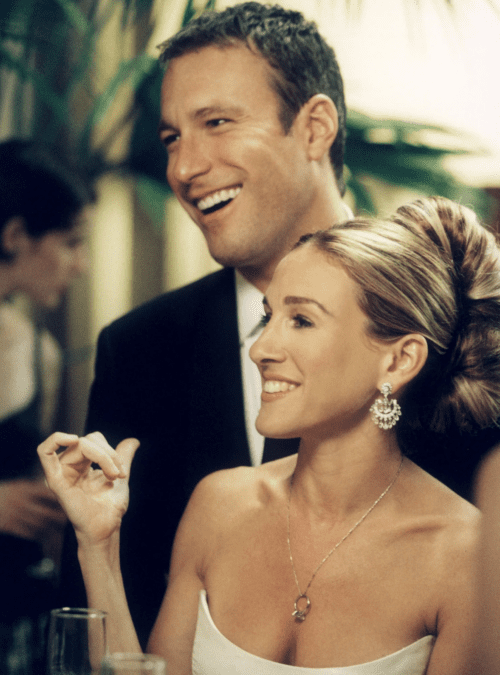 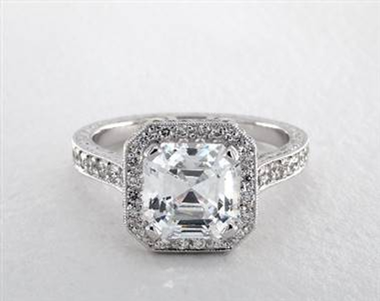 Now Carrie told Aidan at the time that she wore her ring on a necklace because it was “closer to her heart” but it was really more about the fact that her heart may not have been all the way in the relationship. While that may have been the case, it is a look. We’ve seen a lot of people wearing their original e-rings this way after upgrading. Another reason that this look comes up regularly is in pregnancy, some women’s fingers swell while pregnant and they opt to wear their rings on a necklace so that they don’t risk having them stuck or need to be cut off. It’s also a great way to wear your rings if you work with your hands in a way that would endanger your ring as well. Utilitarian as well as a great style. 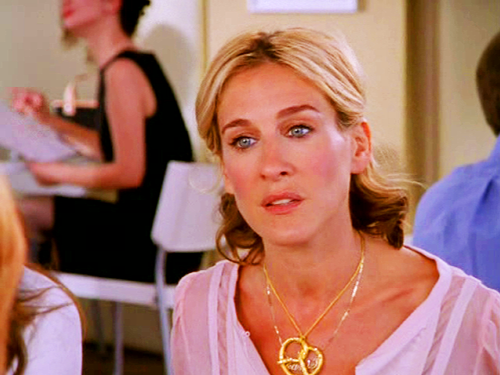 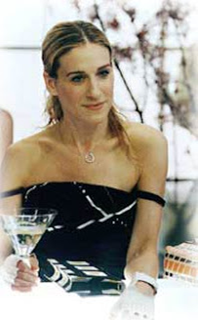 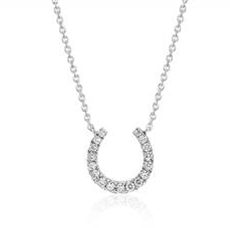 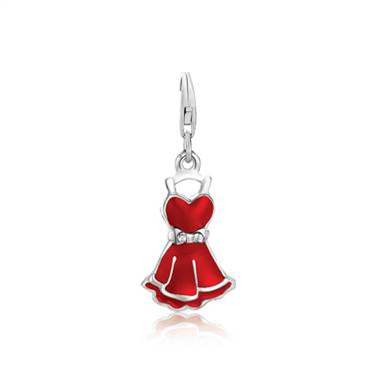 Carrie was seen to wear several charm-style pendants throughout the run of the SatC, like horseshoes and even a pretzel. Charms can be whimsical and fun while feminine and versatile. There are charms for all occasions and looks, and you can get an assortment of them to switch out as often as you would like. 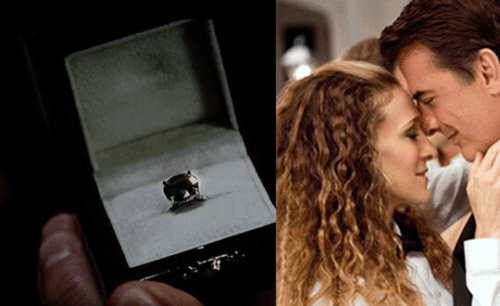 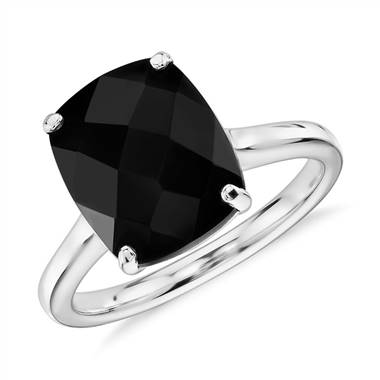 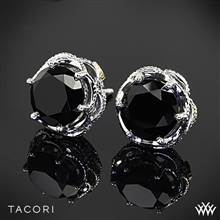 Earrings to go with!

The ring from Mr. Big, the black diamond engagement ring. Sheer opulence with that incredibly unique edge. When Big presented her with the 5-carat black diamond set in a white diamond and 18K white gold he said “because you are not like anyone else.” That is obviously a one-of-a-kind piece that is not something you will find in many stores. You can find a look that carries some of the character of that style with relative ease though. A pop of black in white gold is a look that will never get old.

We are stoked to see what looks they are going to bring in this new iteration. After 6 seasons and 2 major motion pictures, we have a pretty good feel for these Sex and the City characters. It will be different though, the thirty-something gal pals are navigating their lives as fifty-something besties. Kim Cattrall’s Samantha Jones will not be present in the reboot, nor will Chris Noth’s Mr. Big, so we already know that they will have gone through some major shifts. We can’t wait to see what hijinks they get up to, and what they are wearing while they do it. The premiere date has not been set as of the time of this post, but HBO Max has picked it up and Carrie, Miranda, and Charlotte will be returning in this limited series.

What looks are you anticipating in the new Sex and the City? We would love to hear your speculations in the comments below.