The Beau Sancy, a 34.98 carat double rose-cut diamond, sold for $9.7 million at Sotheby’s Magnificent Jewels and Noble Jewels Sale in Geneva on May 15. The top lot was bought by an anonymous buyer after an eight minute bidding war, selling for almost five times the low pre-sale estimate of $2-4 million. The diamond has passed through four royal families of France, England, Prussia, and the House of Orange and was worn by Marie de Medici at her coronation as Queen Consort of Henri IV in 1610.

Sotheby’s two-day auction set a new world record for a “various owner jewellery sale” by achieving a total of $108,377,219. The sale included the Murat Tiara created in 1920 by Joseph Chaumet, which sold for $3.8 million and a necklace featuring a detachable pear-shaped D color diamond of 41.40 carats, which fetched $4.3 million.

Visit Sotheby’s to view the full list of results. 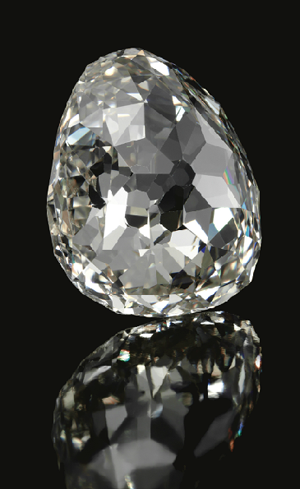 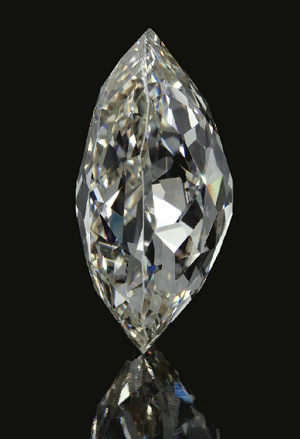 “The legendary Beau Sancy is a truly magical stone that has entranced generations of royal owners and continues to exert a powerful influence over all who see it. Its supreme historical importance was reflected tonight in the strength of the bidding and the remarkable result realised,” said David Bennett, Chairman of Sotheby’s Jewellery Department in Europe and the Middle East, after the sale.