Rebecca Romijn has a jewelry line called Charlie Dolly. There are lots of celebrities that have created jewelry lines, and some of them are interesting, but few dare to go outside of the box.  We want to get your feedback on this style! 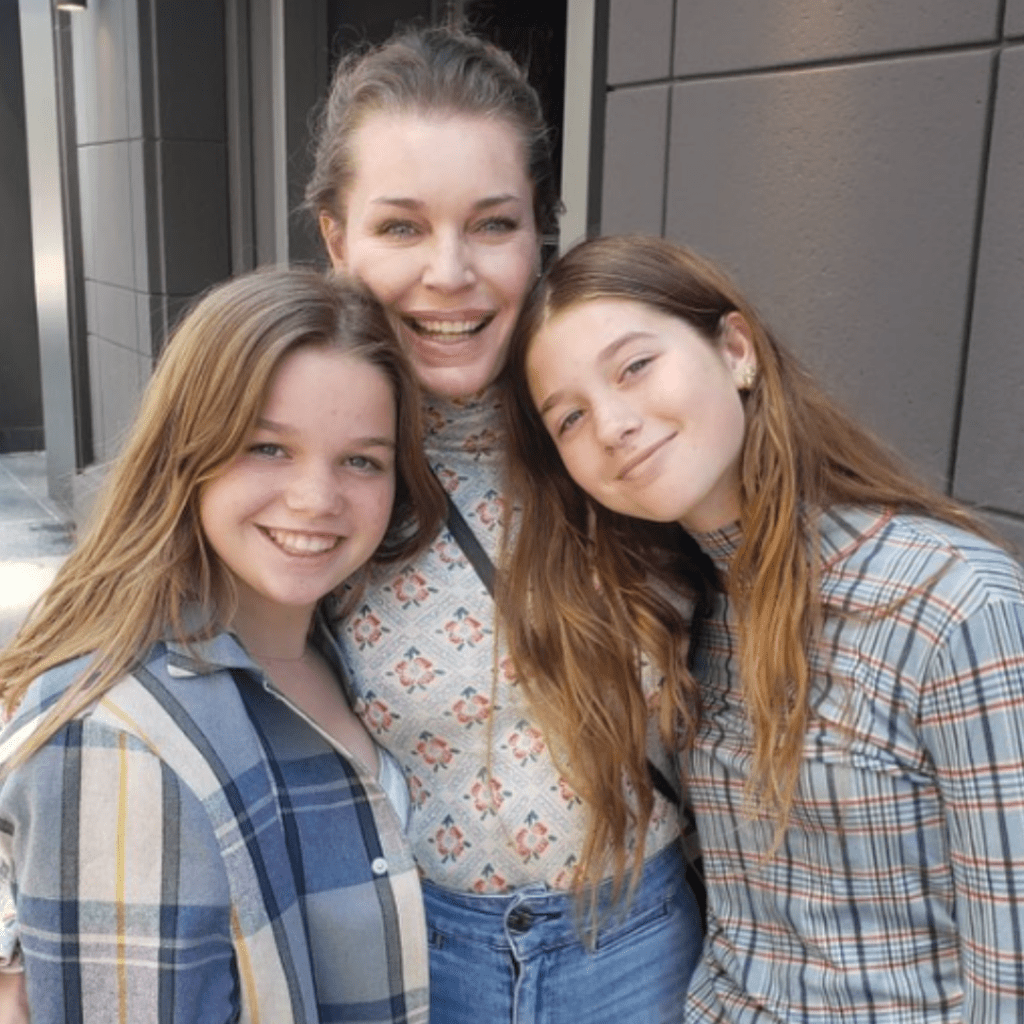 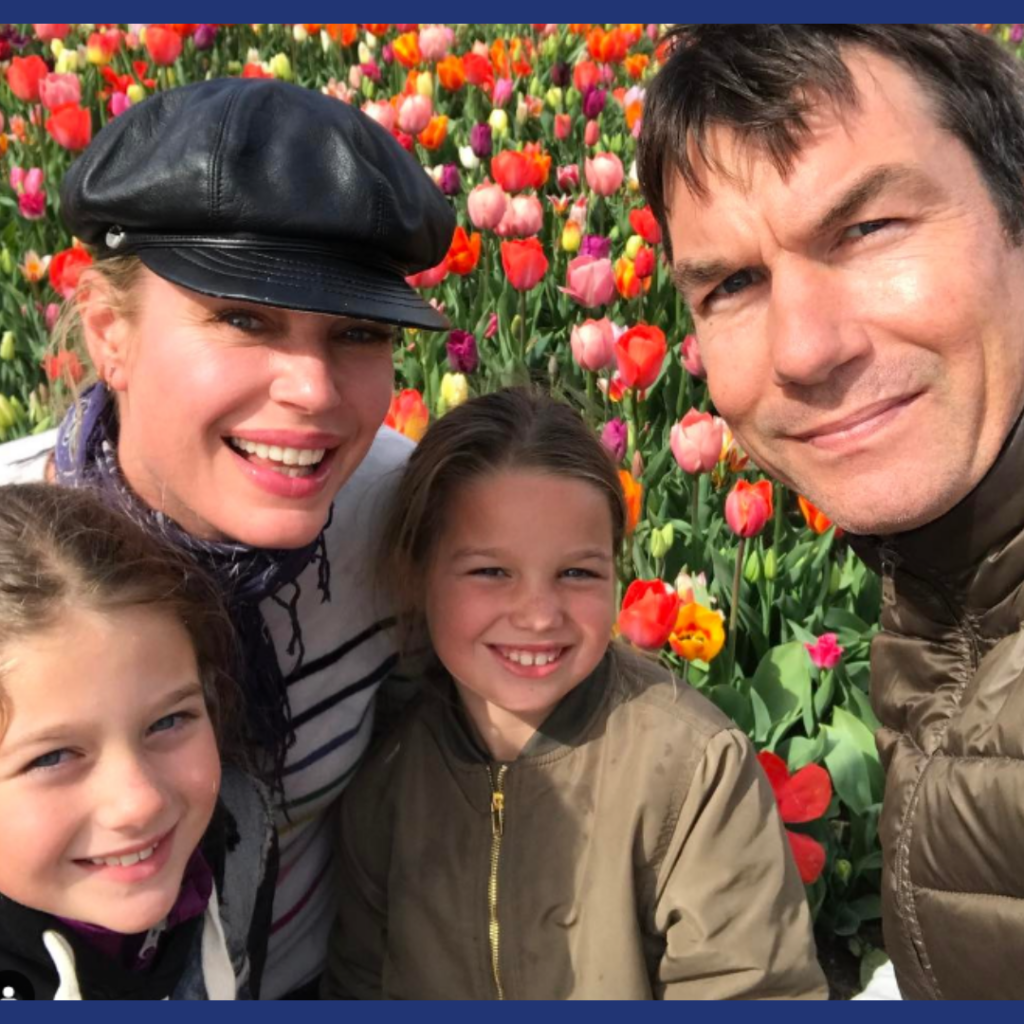 Rebecca Romijn was a supermodel in the 1990s and leaned more heavily into acting as her career progressed. She was famously married to John Stamos for a few years and after that marriage ended she married Jerry O’ Connell. Romijn and O’Connell welcomed twin daughters named Dolly Rebecca Rose O’Connell and Charlie Tamara Tulip O’Connell in December 2008. The twins have the honor of having the jewelry line named for them; that’s an awesome tribute to share in a family, and they are now old enough at 13 to appreciate fine jewelry. 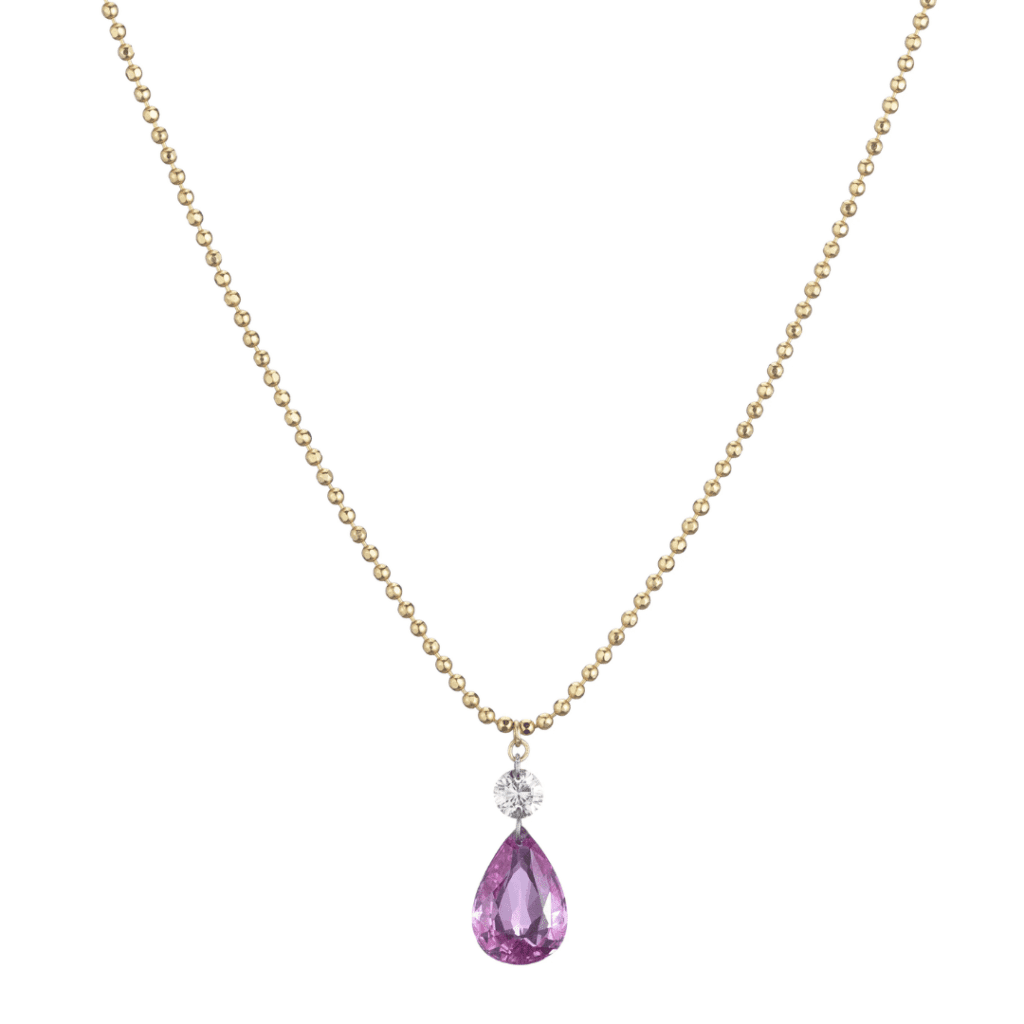 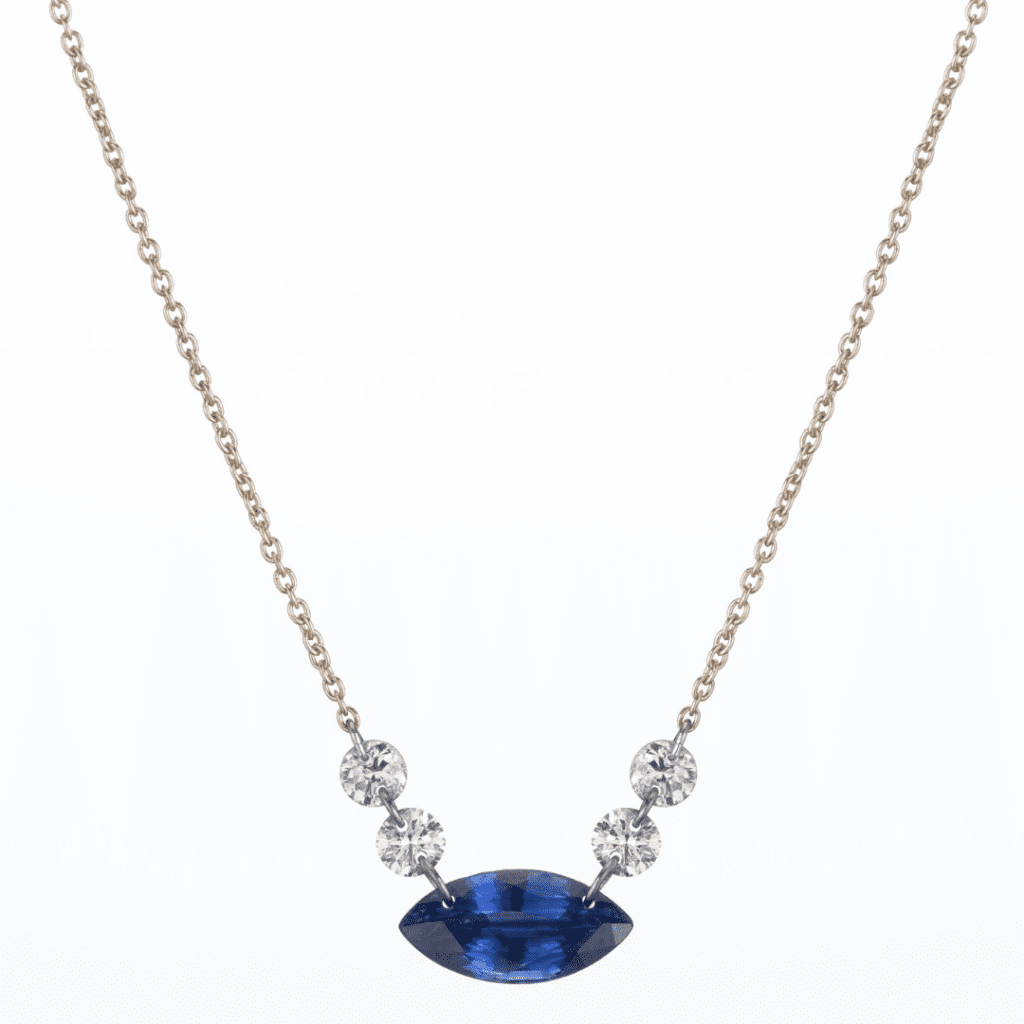 So, what sets Charlie Dolly apart from other jewelry lines? They laser pierce diamonds and suspend them in pieces. Creating an illusion of floating, the diamonds are hung on rings. There are all kinds of pieces available, earrings, pendants, rings, bracelets; they have the works. They even have a “Repurposing Program,” where you can have a diamond reset into their floating laser pierced fashion.

I have to admit, I am quite intrigued. What surprised me the most is that Romijn says that this is jewelry for everyday wear. This is not jewelry that you need to remove at the end of the day. On their website, she posits that she doesn’t want to have to remove her jewelry daily. Romijn shares that this decidedly delicate look can withstand that type of wear and tear. That claim is pretty astounding if it’s accurate; if it’s not you are out a diamond. The idea of having something that looks so sweet and delicate that could hold out is alluring, though. 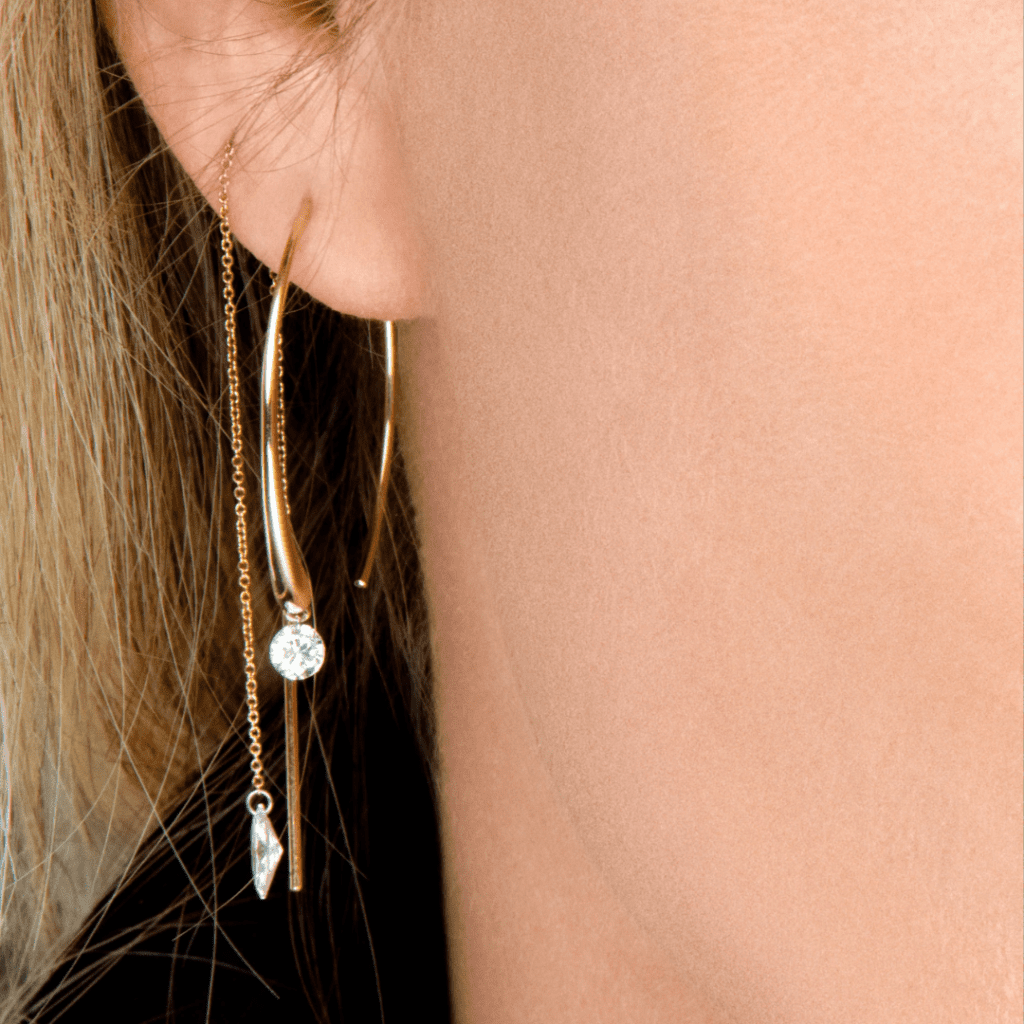 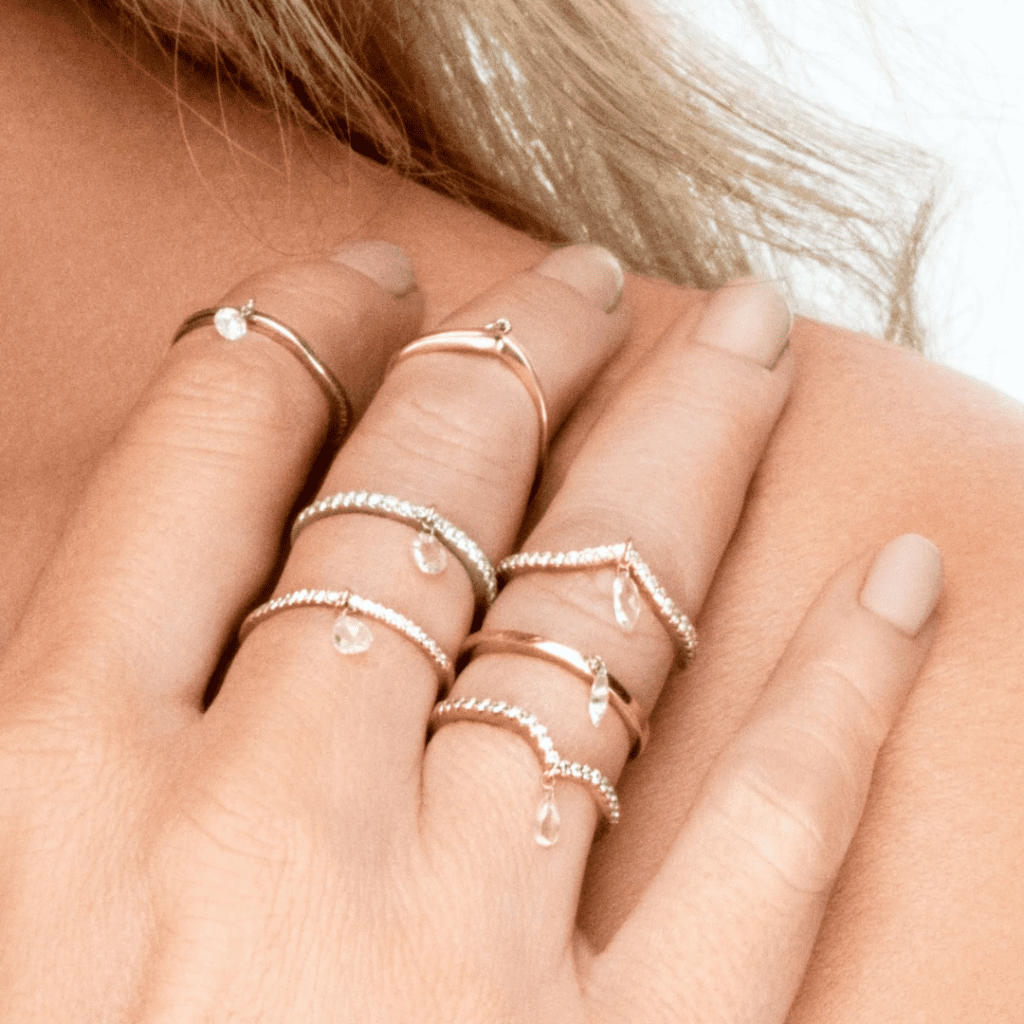 The look of pierced diamonds is definitely not something that all jewelry lovers will get behind. In fact, Romijn says, “I hadn’t thought much about jewelry settings until I saw loose diamonds for the first time. Then it seemed to me that the only thing that detracted from a perfect diamond was a clunky setting.” Settings can be masterful and gorgeous, so that assertation was unexpected. Though everyone has different tastes, Romijn may have laser-pierced her way into a less tapped market.

Rebecca Romijn really took on acting in her role as chameleon-like super anti-hero in X-Men, Mystique in 2000. She has popped up in interesting roles ever since, and her most recent role is Una Chin-Riley in the Star Trek Universe. Una was first seen in Star Trek: Discovery and the role grew for her addition to Star Trek: Strange New Worlds. She has displayed a marked willingness to color outside of the lines artistically to some degree, and Charlie Dolly is a facet of that.

Romijn states on the Charlie Dolly website: “My debut Charlie Dolly floating diamond collection (named after my daughters, a couple of loose diamonds themselves) is both luxe and bohemian. I like to think of my collection as “casual” diamonds with a modern edginess that mixes beautifully with other pieces and becomes personal, dressed up or down. On a practical note, it’s comfortable and simple enough to live in, sleep in, go to the gym in, shower in, and wear headphones over. The truth is, I don’t wear jewelry if I have to take it all off and put it all back on every day. It is modern tennis jewelry. It stays on.

As my pieces enter your jewelry rotation and become part of your personal expression as you mix it up, I hope you love the elegant simplicity of the floating diamond as much as I do.”

I want to see it in person and feel how secure that jump ring is. I think that my initial hesitation is based on my own jewelry, and that has often remained in a more traditional lane. I feel like I would be taken aback by an antique diamond with a hole in it, but that is my own bias and I am willing to challenge that about myself. If I get the chance to see it in person and check it out, I will be sure to let PriceScopers know.

Bohemian meets luxe is an aesthetic that seems very timely; I think I would give it a go.

The question that I am posing is what say my fellow PriceScopers on this concept? We want to hear your opinions in the comments! I absolutely do not expect everyone to agree with me, and hope that we can discuss it! 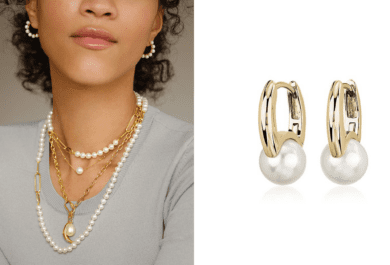 What Does Your Jewelry Say About You?

As the saying goes, “never judge a book by its cover” but when it’s someone’s exterior that you first encounter its kind of hard not to. Just as psychologists have… 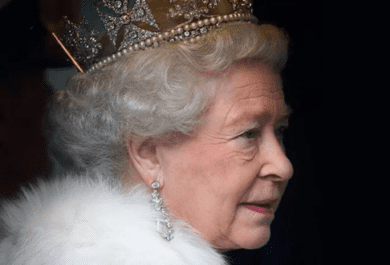 Her Royal Majesty, Queen Elizabeth II’s incredible reign spanned seven decades. So much changed during her time on the throne; she persevered and kept the monarchy alive through her love… 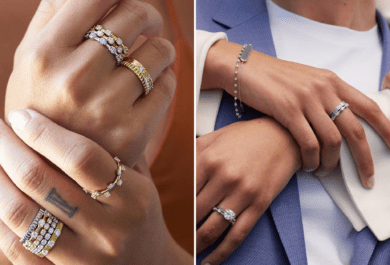 Conscious jewelry brand, Brilliant Earth has recently collaborated with New York jewelry designer Jade Trau to serve you timeless and unique jewelry that aims to evolve with you whilst making…