China on the Rise: Exploding Economy with a Fantastic Future (Part Two) 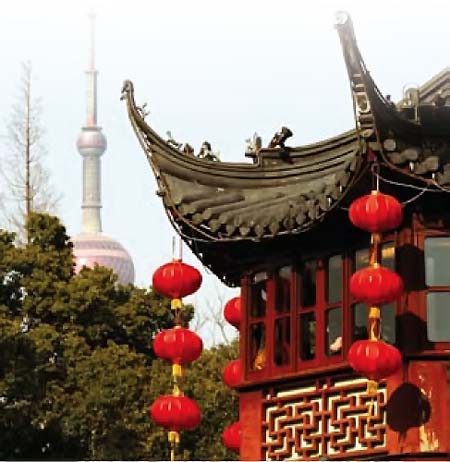 In the second installment of his two-part feature, John Pollard moves away from China’s tremendous retail potential and examines the country’s diamond grading industry.

There are many gemological labs in China. Among them is the National Gemstone Testing Center (NGTC). This is a body with great presence and power, particularly in cities near the coastline. In addition to laboratory grading services, the NGTC is also able to function as the “policing agency” for lab standards. With the authorization of the Administration of Quality Supervision, Inspection and Quarantine, any store with foreign grading reports can be entered by the NGTC, which can remove items for inspection and testing in its lab. Upon testing it’s possible for those goods to be downgraded, in which case the store must pay a fine and negotiate to get the penalized goods back. In extreme cases, the store may be reported in the press for using “unreliable foreign reports.” For all of the incredible growth in China we should not forget this is a one-party Communist country.

In recent years, Chinese professionals have been voicing concerns about over-strictness by the NGTC. Some believe the agency is raising standards to make all foreign labs seem soft by comparison. Whatever the case, buyers who purchase ungraded polished diamonds in Antwerp or New York, which all parties agreed were, for example, G/VS by internationally accepted standards, are frustrated when the national laboratory grades them lower. This practice is causing more Chinese diamantaires to turn to foreign reports that, in turn, causes the NGTC to become even more aggressive. It is a Catch-22 with no easy solution.

Compounding the issue is another interesting phenomenon: some Chinese consumers will seek foreign reports automatically, based on the notion that foreign-purchased products are inherently “better.” This is not jewelry-specific. Those same people would rather purchase their Sony camera in a western airport rather than at home. Why? Because they feel there is a better chance the camera came from the authentic Sony factory in Japan, rather than the Sony factory in China. This way of thinking is not uncommon, which helps to explain the success and growth of foreign labs in the Chinese jewelry sector.

The Gemological Institute of America is well regarded in China. It does not maintain a grading laboratory in the country, but its schools in Hong Kong and Taiwan have provided instruction to Chinese gemologists for more than a decade. Many stores franchised on the mainland have headquarters in Hong Kong, and the Taiwanese are permitted to have businesses in China, even amidst political strife. As a result, significant jewelry business knowledge and management has come into China from those schools, bringing the GIA’s positive reputation and influence with it. GIA is seen as the “American lab” in China, and enjoys a position of prominence based on reputation and history.

The GIA faces challenges, however. Chinese jewelers are complaining about grading inconsistencies, blamed on GIA’s expansion into India, Botswana, South Africa and Bangkok. As this perception spreads, it may injure the lab’s historic reputability, especially in contrast to possible downgrading at the NGTC.

I was also surprised to find no GIA booth at the Jewellery Shanghai show. Other labs of prominence had booths staffed by officials who could listen and react firsthand to client comments. Trade gatherings are wellsprings of communication and a lack of presence by a notable body can leave constituent concerns unresolved.

The International Gemological Institute (IGI) occupies the same building and floor as GIA’s school in Hong Kong. The IGI has a full grading laboratory, which it opened in 2004. IGI Hong Kong entered the market predominantly with “Hearts & Arrows” reports and is widely viewed as the H&A authority in China. Its services are largely considered on par with GIA but more cut focused. Customization and brand-specific reports developed for proprietary cuts (such as the Leo and others) have fostered a positive perception, as has an array of consultation services such as gem and treatment identification, color-only or clarity-only analysis, etc.

The Hong Kong lab uses its proximity for professional advocacy in China, leveraging global resources to provide localized education. For example, the Chinese import a significant volume of rough, providing jobs for thousands of diamond polishers. IGI saw the need for coursework in rough analysis, developed a curriculum and now offers seminars on the subject. It also brings in guest speakers on a regular basis. Such initiatives have built goodwill among Chinese jewelry professionals and explain the rapid growth and popularity IGI Hong Kong has gained there in a short time.

The IGI also faces challenges. Its consistent grading may suffer if the national lab continues to escalate standards. While IGI enjoys a notably strong reputation in the greater Asia-Pacific region, its dominant focus there is loose stone grading reports. There is a different perception in America where 90 percent of IGI activity is finished jewelry appraisal reports, which are, by nature, treated differently. 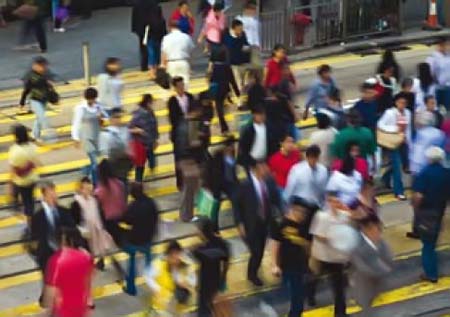 The common thread running through my professional interactions in Shanghai was the intense and positive “vibe.” Mining house leaders, suppliers, laboratory gemologists, traditional sellers, online specialists, authors of gemological journals, even reporters from everyday media eagerly participated in the two-way exchange of ideas and information. Their interest was not clinical, it was energetic and infectious. I know such synergy exists in America during “booming” times and fervently hope for its return here, and not just in the jewelry sector. For China I hope continued prosperity and modern entrepreneurship will engender a climate where greater freedom of expression and autonomy is permitted.

When William Shakespeare coined the phrase “the undiscovered country,” he was describing the exanimate unknown. Contrary to the Bard’s usage, I apply it to this live, thriving, beautiful culture, both ancient and modern. I believe China’s “undiscovered country” is poised to dazzle us with growth and prosperity on a scale as impressive as the artistic feats we witnessed at last year’s Olympic ceremonies.

Many citizens in our global village remain unaware of the magnitude of what is happening in China, but the world’s most populous country is undeniably on the rise. A year from now the big picture might not be much different, but 10 years from now I’m confident aspects of its growth will have had worldwide resonance. This raises the question: what of 100 years from now? I may not be qualified to answer, but I know what strikes me as most compelling about the Chinese people: where the goals of many westerners are focused on achieving today or tomorrow, this culture is marching in lock step toward societal goals that are yet centuries away. Not surprisingly, this is in keeping with the Middle Kingdom’s strongest historic traditions. ■