Wow, check out this house 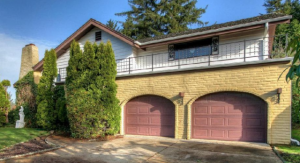 Ugh, reminds me of Hearst Castle on the inside. Which I hated. Only part of that place I liked was the indoor mosaic pool. The rest of it just made me sad.
"So often in life, things that you regard as an impediment turn out to be great, good fortune." -- Ruth Bader Ginsberg

I love the stained glass windows and all those fine hand-knotted rugs.

I have 6 cats. I sold my fine handknotted rugs. And will probably sell all the ones I will inherit. As for stained glass I agree. But with all the other noise in that house from the moldings and all the clutter you can't really appreciate them at all. I'd prefer those moved to a less noisy home, where they will be the stars they deserve to be. Instead of having to compete for attention in a house that is a visual assault to the eyes.
"So often in life, things that you regard as an impediment turn out to be great, good fortune." -- Ruth Bader Ginsberg

It is my kind of interior design nightmare, sorry, not for me.

Not my cup of tea. I prefer a light bright house with the outside coming in at every possibility. Skylights, lots of windows and a bright sunny interior. And I also prefer clean lines and minimalism so basically the opposite of this home. People vary though and that's OK. As long as the current owners love living there great for them.

Haha Gypsy, I think my cats would enjoy tearing up those finely woven rugs and clawing at the antique furniture.
“Until one has loved an animal, a part of one's soul remains unawakened.”
― Anatole France

King Arthur called, he wants his stuff back.
The first fondle is free. (Posted just for you Monnie!)

Isn't she making a loss selling at this price?

Why can't we see the stained glass window from the exterior of the house?

I'm searching for something nice to say but nothing's coming to mind. I'll refrain.
Instead of telling people to "have a nice day", sometimes I tell them "have the day you deserve", and let Karma sort that mess out....

I wouldn't be able to handle it. I'd feel like I had to tiptoe around and never laugh or smile.
M

That little bitty camping grill on the back patio!

I think it's on the 45th slide.
Pronouns: she/her

I think the inside would feel less creepy if the outside looked more like this.
It's the incongruity of the interior vs. the exterior that makes it feel almost like a movie set. 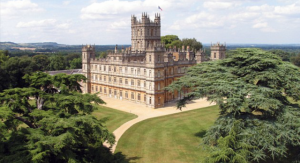 That place makes my hands twitch to landscape it.


I really want to just... open all those windows and let some light in...

So much of it is really beautiful. A single room, in that style, would be... utterly decadent. But doing the whole house that way yields sensory cacophony, even just from pics! And can you imagine dusting and vacuuming around all of that?

I actually do like quite a bit of it but overall definitely not enough windows/natural light and to me the kitchen is bleh.

Plus, just speculating but I'd guess the owner spends most of his/her time that "modern" living room and office space, which means to me the bulk of it is not really a "home" but more of a showcase... which not how I'd choose to allocate my own living space.

May West was definitely wrong. Too much of a good thing is NOT wonderful.

cancel my subscription to the resurrection

So funny I showed this to my youngest because she likes fancy, and voted thumbs down! First pointing out that the outside did not match the inside and that it was "impractical" as you wouldn't want to sit on the chairs if they were that old and that it looked like a doll house, not where someone actually lived. Hmm. I did not expect that.

I bet there would be a way to make it sellable, by taking out at least half the stuff and updating some areas (kitchen, bathroom) removing the most crazy stuff (like ceiling murals and medallions) so there is some place for your eyes to rest, and it looks functional.
You must log in or register to reply here.
Be a part of the community Get 3 HCA Results
Jewelry Blog