Which way to propose? So excitingly nerverwracking! =P

The first being the more typical I guess.. Proposing to her in a setting where her friends are around. I know some ladies like the really "public" displays like this and I think she may as well, as some of her friends were recently engaged in this way...

The other one I''m kind of leaning toward is slipping the ring on her finger while she''s asleep. I''m 99.999% the answer is yes, but is this method being too presumptious? It seems more intimate to me...

What are your thoughts? 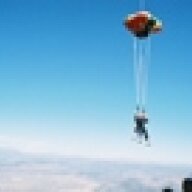 go with the first one. Unless at some point she has mentioned that she would like for you to slip the ring on while she is sleeping, don''t do it this way.

You can always wake up before her and do it early in the morning with b-fast in bed...

Oh, I really really don''t like #2... Sorry. A girl has dreamed of her proposal for all her life, make it something romantic and memorable, not while she''s sleeping!

#1 could be nice, but make sure that your ladies would like that. Is she a more outgoing or more private person? What does she like, what does she think is romantic? For example, I''m rather shy IRL and we are both big nature lovers, so my FI proposed in private in a gorgeous nature park... It was perfect!

I think that #2 is a no-no. It''s not a story I would feel comfortable telling. In fact there are many people of my parents'' generation who would find that extremely distasteful.
Many people want to share their proposal stories and doing that in such an intimate manner and setting, doesn''t make for a story that is tellable to Great Aunt Martha, Grandma and Grandpa etc.
M

If it were me, I would NOT like #1. I would be thinking more about what the other people were thinking (not the good things--the jealousy-ridden things

) and NOT about the romantic gesture my bf was making. Then again, I am as far from an an exhibitionist as you can get--if your gf likes public displays though, she might love this.

I guess I'm in the minority, but I'd actually like #2 just fine. Wouldn't be how I'd plan my own proposal, but it would be a sweet moment to wake up and see a new treasure on my finger

. Might be better saved for a non-proposal piece of jewelry, though.

You can always wake up before her and do it early in the morning with b-fast in bed...
Click to expand...

This is a better option. 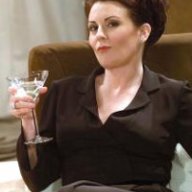 I completely agree with Anchor 31 and dtnyc. The idea of being proposed to in bed is not appealing to me at all. First of all, I think most girls would like to be awake for the moment! Second, I would be uncomfortable telling the story also. I do think that many older folks would find it inappropriate.

The public proposal has never appealed to me either. I would find it very awkward. I remember seeing a guy propose to a girl in a bar at the beach. It was very crowded, and the dj let him propose over the microphone. The girl looked unbelievably uncomfortable and really didn''t look happy or excited at all. It was about the most unromantic thing I have ever witnessed. (Maybe she just didn''t want to marry him!!) Maybe some girls would like that, but I would have been very unhappy with a public proposal. You said a lot of her friends were proposed to that way. I would rather have something that was planned just for me, not what everyone else was doing.
M

BTW, if it's intimacy you're after, I don't think this is it. She'll be unconcious. That doesn't say intimacy to me...

Try thinking of the things you two share. For example, my bf and I LOVE to watch "episode marathons" of our favorite tiVo-d shows with thai takeout. We are homebodies and really just love to do absolutely nothing but be in each others' company. SO a good proposal idea for him would be a quiet evening at home watching one of our fave shows, ending with an episode that had a romantic theme, then him popping the question in a low-key way (that really matches our personalities). Now, some women would HATE this--it's extremely low-key, no bells and whistles, and would scream unromantic to most people... like he didn't "try" hard enough. But to US, it would be incredibly meaningful and intimate, and that's all that matters.

I also remember one proposal from this board in which a guy made his girlfriend a "mix CD" of songs that had special meaning to them (both romantic and inside jokes between the two of them) and left a note telling her to listen to it from start to finish. He said that the progression of the songs, to him, symbolized their relationship thus far (really set the mood). At the end of the CD she was instructed to follow the path that he had marked with lanterns outside, and it led her right to the spot that they had their first kiss. That's where he proposed.

Now, THAT is intimate.

If you want to immediately share the news of your engagement with friends, you could always propose to her privately, and then suggest that you go have a meal or drink to celebrate and have all of your friends and family waiting there to celebrate with you.
I have heard of a lot of people doing this, where there is a immediate spontaneous surprise party, where the guy has alerted everyone but the girl that he is going to propose- and then he takes her for a nice meal or something and then they go for drinks to celebrate and all of their friends & family are waiting at the bar- Surprise! Congrats!
I know one guy who proposed to his gf on the street corner where they first met for their first date and then he arranged for them to "bump" into her family. Another guy who proposed on the BB, then they went for a drink at the bar where they had their first date and their friends and family were waiting. Still can have the romantic private proposal then larger public celebration.

I love #2...it's my dream proposal. Yup, I'm just waiting for him to make me an honest woman!

Just do whatever feels right!

But, yesh, people will ask how you did it. I don't think telling the grandfolks that you proposed in her sleep is any more scandalous than you proposing on a vacation to Hawaii. Besides, I know what my greatgrandfolks were doing behind the barn.

But, yesh, people will ask how you did it. I don''t think telling the grandfolks that you proposed in her sleep is any more scandalous than you proposing on a vacation to Hawaii.
Click to expand...

Actually this was something I always told my then BF not to do for particularly that reason. Also to be quite honest I wouldn''t have wanted to spend $$$ on a vacation to propose- I would rather the $$$ go into the ring and then us have a fab honeymoon.
P

Hehe... WOW.
Thanks for all the feedback!

I guess like most things done in bed, its best when the woman is conscious.

I think I''ll do the more "private" proposal but have a friend of hers hiding in the bushes or under a table to snap pics. If anything, she loves documentation by pictures of all moments precious. Thats why the idea of having her friends around... But maybe not everyone.
The only problem is, her friends totally suck at keeping secrets in a sense that they give it away by their body language or abnormal behavior.

I flew up to visit her one time (she lives in another country) for her bday (surprise visit!) but her friends were totally giddy and had her suspecting something was up.

A recent proposal was done via open mic by her friends BF/fiance. He sang to her on stage, then proposed .. I thought that was pretty nice.

Its just difficult trying to top what I did for her on V-Day..... actually, THAT would''ve been a great idea for a proposal but its already done.

(In case you''re wondering)
For V-Day, I schemed w/ one of her co-workers to set her up... We made a bunch of cards strewn about her office or dropped off by her various coworkers while she wasn''t at her desk. The cards included a mention of something that I loved about her and then a clue to where to find the next card...
It was great. At first she thought her coworkers were messing with her but each card got more and more specific to things only I would know...

Ultimately, it led her to a cab that took her to a surprise location (Spa) where she was greeted by people who knew why she was there already and pampered her rotten. It worked out great...

Could you perhaps plan a dinner for you, your girlfriend and her friends/your friends (whoever you want to invite) that's at a restaurant near something pretty, whether it's the ocean, or a lake, or a pretty view or lookout... then maybe tell her you think you're there too early, and maybe you should take a walk first, and propose in the pretty area before heading to the restaurant where all her friends are gathered for dinner? That way the proposal itself would be intimate but she would be able to see her friends right after for pictures and excitement, and the friends wouldn't know and be able to give it away to her. This might be a nice balance for someone who doesn't want the actual proposal to be public but wants some pictures & time with friends involved.. 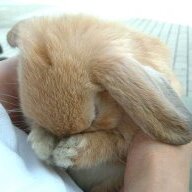 You mentioned that she lives/d in another country, so perhaps investigate the customs for engagement in that country, and surprise her with that? I am almost certain that customs for engagement are slightly different in each country (in Ireland, for example, the claddagh ring is very popular in its symbolism of love, loyalty and friendship). Unless it's Canada, in which case I'm not sure if they would do it any differently.
F

I feel your situation, I am looking to propose to my GF in the New Year, I would Probably go with Number 1 idea. Since the other way is more intimate depending on her personality if she is outgoing then the first way would work, or maybe some special event or activity that you like to do.
I was thinking about proposing to my GF during a Ski trip get away.