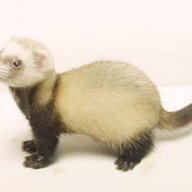 Just curious what others'' experiences have been with their condo associations.

Some background: Hubby and I bought a beautiful condo in a two-family house that was being converted (bought in August). None of the condo docs had been set at that time. The assumption was that when the lower unit was purchased, we''d discuss the monthly fee with the new owner.

And then crazy-woman moved in. Really, she seems nice. And entitled. Some more background: she''s suing the seller''s agent for mis-representation because he told her that the back porch where we both have entrances to our units was hers exclusively.. She saw a copy of the deed for the property that was incorrect that showed the common area as hers (we had the deed changed and re-filed when we went into closing, months before she even saw the property). Her attorney never pulled the deed for the property before she went into closing. But she''s still suing. She also wanted $5k cash at closing when she saw that the back porch had some railing boards that were a different color (new), installed at her request. She wanted the sellers to paint the porch in her choice of colors... didn''t seem impressed with the explanation that the condo association (us and her) needed to agree to changing the common areas. So, she doesn''t exactly have a history of being, uh... mellow or trying to understand someone else''s perspective.

Hubby and I assumed that we could come up with a gentleman''s arrangement about the shared costs of the property: insurance, water/sewer, lawn maintenance, etc.

Sooo.... our quarterly water/sewage bill arrived. And now, all kinds of poopy are flying from her. She insists that since we''re TWO people and she''s only one that we should pay 2/3 of the bill. Erm. Awkward. She doesn''t really know how spartan we are with our water usage. Her boyfriend spends most nights over with her. Her mother spends weeks at a time with her. She takes more baths than any human being I''ve ever met. Do other associations REALLY do anything except split things evenly? The two units are virtually identical in square footage, etc.

It''s depressing to come home and wonder what else she''s going to come up with to complain about.. At this point, we''re going to meet with her and set up a shared account that we''ll both pay into and figure out what we''re willing to budget for snow removal (we just bought a snowblower.. guessing she won''t help with the cost of that!), lawn care, and stuff like that. But I don''t know how we''ll solve this water bill crap

Ugh, sorry to hear about that. To answer your qeustion, our condo association sends us a bimonthly bill with our own meter reading. We don''t share the meter with the unit next to us. How many units does your association have? Maybe you can talk to the association property manager about installing your own submeter? Just a thought. Good luck in resolving this! The woman sounds crazy!

Unfortunately, the association is made up of the two homeowners. So, us and the person wanting to only pay 1/3 of the bill. There's only a single meter on the property, so.. bleh.

I really want to get along with her, but she's so danged suspicious that everyone wants to take advantage of her.
T

How much will it cost to set up separate meters? From what you''ve said, that''s the only reasonable solution with this woman.
__________
Tali

I''m going to look into that and see if it''s a solution she''d find acceptable. Knowing her, she''d want us to pay for the installation and meter as well. *sigh*

I think you should make an appointment to see a Real Estate lawyer before you approach her with any ideas. They should be able to advise you on what steps to take to make the situation mutually acceptible and she may feel more secure knowing that things are being done by the books. You can have that attorney draw up bylaws for the association and set up the trust account for the joint funds. The bylaws will state the ammount each homeowner (this is dertermined by the unit numbers, not the occupancy) contriubutes per month and acceptible uses for that money. You can use the assoc. money to pay for the retaining of this attorney. In the end it''ll pay for itself because these hassles will be out of the way and things will be more equitable. Even if you have to get a note from your attorney suggesting that someone is retained (separate person from your attny to keep things fair and objective) that''s better than nothing and may get the ball rolling.
______________________
When in doubt just ask yourself...WWHHD?