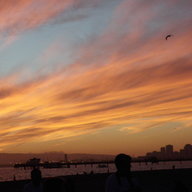 glad you put yourself on the list: Ittybittykittycat how long have you and the BF been together? 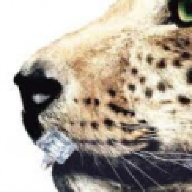 My SO and I will be together four years in February. Our history is long we first met in HS I was a punky tom boy and he loved Barbie dolls clearly we didn't mesh very well. We reconnected a few years after HS but I was involved in a serious relationship.
He stuck around as a friend three years later when my "serious" relationship failed he was there to help pick up the pieces and I decided he deserved a chance. I have to admit that even though I was reluctant to accept him as a potential match it worked out pretty well. We're opposites in many ways but we complement each other. The last four years have thrown many curve balls at us but we continue to get through them together. We've spoken about getting engaged next year since we've had many expenses this part year. I'm ::crossing my fingers:: it's not too long from now!!

Thank you for taking the Listkeeper role on & updating the list! Seems like there's a small handful of us trying to keep this LIW subforum going.
"People will stare. Make it worth their while"

Aaaw four years . . . . fingers crossed for you!
You are welcome and thanks for participating in this subform and chatting it actually helps me stay a bit more positive

No problem! We should start some "general" posts maybe like hangout?
"People will stare. Make it worth their while"

great idea!
You must log in or register to reply here.
Be a part of the community Get 3 HCA Results
Jewelry Blog