My dress was supposed to come in about a month ago, and I haven''t heard anything from the bridal shop yet. Should I call them to see what''s going on, or do wedding dresses frequently come in this late or later? What are some of your experiences with this? I''ve worked myself up so much thinking about this today that I almost believe something''s wrong with the dress and they''re frantically trying to deal with the problem before calling me

I''m probably just overtired after a long week, but I''d like opinions on whether or not I should call the ladies at the dress shop (I''d rather not bug them unless you guys think this much time without word merits a call). 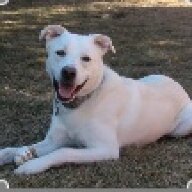 Haven''t had a personal experience with this...

But really believe that one-month overdue warrants a phone call. ESPECIALLY if this is causing you stress... Better to nip it in the bud and figure out what''s going on.

That being said, I''m sure it''s nothing I don''t recall what dress you''re wearing, but the ladies at the shop I purchased my gown from told me that, depending on the style & where it''s made, there may be a delay because of Chinese New Year... A lot of overseas shops close down for some period of time, I guess.
"Nothing will work unless you do." - Maya Angelou

Absolutely give them a call! They may even have it there but neglected to call you. I would sort it out asap - what if they forgot to put the order through and need to order another one?

Definitely call. A month overdue with NO PHONE CALL is crazy. I tihnk they owe you an explanation as well as a discount on the gown or your alterations.

You have much more restraint then I do, b/c I would have been on the phone with them about two weeks ago. Yes, CALL THEM. A month is definitley a long time to wait. As previously mentioned though, I am sure there are no major issues, just production delay. But, they should have let you know that!

Hm.. I am having the exact same problem right now, except I''ve called and it has not helped one bit! I ordered Casablanca 1908 last October, and was told that it would be in by March 1st. 2 weeks into March and I called, and was told it was in the United States, waiting to be shipped from their warehouse on the west coast, but it would ship in the following 2 days. I called back last Wednesday after I heard nothing again, and was told the same exact thing. The girl even called Casablanca and called me back, and told me it would ship the next morning on Thursday. Well, it''s been another week and still nothing. My wedding is now under 2 months away and I''m starting to get nervous.
So, I would most definitly call and see if you can get some information.

Thanks for your advice everyone, I''m glad I''m not just overreacting. I''m going to call over there today and see what''s going on. If there really is a problem with the dress I should be able to order a new one in time for my wedding, since I''m getting married in September. Anniee I''m sorry to hear you''re in the same boat as me, though I can see how you have even more reason to worry with your wedding being so close. It does sounds as though it''s just some kind of shipping delay for your dress, please let me know what happens!

I''m sure it''s either not in yet or they forgot to call you. If there were a problem with your dress I imagine they would call you and let you in on the trouble.
Cellophane, Mr. Cellophane shoulda been my name...​

Definitely call!! Don''t be shy. I also waited "patiently" and anxiously as the weeks ticked by after the anticipated dress arrival date. I didn''t want to be an annoying nudge, you know? Anyway, your dress is probably in and they forgot to call you.

From my own experience last year, I had a bad feeling about the dress and surprisingly, I acted on it. My dress had arrived a few wks prior but the woman who ordered it for me was no longer working there. I asked to see the dress even though my 1st dress fitting wasn''t for another month. Turned out they didn''t custom make it to my height as ordered. I''m 5''0" and the dress that they were going to give me was made for the supertall models. Luckily they sent in a rush order for a new dress in the correct measurements without charging me. The dress turned out perfectly so it was a happy ending!

Can''t wait to see pictures of your dress!!

Definitely call them. You aren''t bothering them by calling- it''s their job to make customers happy. All you want is a quick update. So as long as you are polite on the phone you aren''t doing ANYTHING wrong.

Is there any chance they could have called and left a message for your but your fiance erased it from the answering machine and forgot to tell you they had called? Or they could have written down the wrong phone number when they took your order... There are soooo many things that could have happened that a call is definitely necessary! Let us know what they say!

Thank you all so much for moving me into action! Just to give you an update, I called over to the bridal shop on Friday and they told me that my dress is scheduled to ship on April 17th. I'm so relieved I called because if I'd had to wait another 3 weeks without a call (and no, they did not plan on calling to tell me

)I would have been so panicked!

Crownjewel, good thing you had acted on your bad feeling - YIKES to having to order a new dress! So it turns out that there isn't any mixup and nothing is wrong with my dress (that we know of anyway), it's just taking a little longer than usual. Anyway, I think it's really weird that they told me my dress would come early March at the latest when they knew that is was scheduled to come April 17th. Wouldn't you think that if a shop decided to give a phony arrival date that they would at least name a date later than what was expected so that the bride wouldn't worry?