i''d love to know how some of you are doing? top 20?
righttime--how''re things? becky p--anything new, do you see proposal this year or are you moving?

Aw, Janine thanks for asking about me! I spy on you from time to time on the brides board to check on your progress. I really want to chime in on the kids discussion you and traveling girl have going on, but I guess I need to wait until I'm at least engaged!

I don't have any update to report, but things are going well! My man started his new job a few weeks ago and has been busy getting used to a new routine. We've had some pretty serious talks about where we would live after we got married and whether that would require my son to change schools, etc... so I know it's on his mind a lot. He's asked me a lot about rings, sizes, etc... so... I think things are progressing.

thanks again for asking....
J

that sounds great righttime!! not much longer!
and please do chime in on the conversation, i''d really love to hear your perspective!! it''s a lot to think about so i love others'' perspectives!
and you''re practically engaged anyway

therighttime, you don''t need to be engaged to chime in on the BWW board!

And yay for progress! 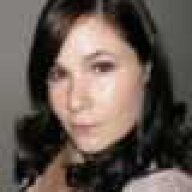 I was just thinking about Becky the other day also. Do I remember correctly that 31st March 2007 was your ''be all or end all'' date? Are you moving to NC?

And yay for progress!

Aw, thanks anchor! Nice to be welcomed!

janinegirly- Thanks for asking how things are going. I''m probably gonna get flamed for this here, so ladies hold your fire. But, I ended up moving to Raleigh, NC. I actually moved here about 4 days ago. So far, I''m loving it! Raleigh feels like home in a way that Pittsburgh never did, so I think regardless of what happens in the future, this is a good decision for me and I''m happy here.

As far as the boy... things are looking up. He''s been bringing up marriage and the future quite a bit - without my prompting or starting the discussions. We''ve been talking about how we''ll merge our finances, where we want to buy a place, and he''s even mentioned Feb. 2008 as a possible wedding date - it will be the 10 year anniversary of when we met back in college. He''s still a little ways away from being ready to propose, but he''s getting closer and I think everything''s gonna work out just fine.

We actually lived together for a little over 2 weeks in Pittsburgh before I moved (MAJOR issues with my apartment - no heat, no water, etc). That went REALLY well, and I think he realized that it wasn''t as horrible or scary as he thought it would be. He''s been living here with me in Raleigh for the last week while he finds a place, so we''ve been unofficially "living together" for almost a month now and things are going great. He''s still gonna get his own place because we don''t want to upset his parents, but I think things are heading in the right direction. Look for an update in the next few months - hopefully!!! And, if you have any extra, send some PS fairy dust my way!!