Suggestions for Flat or Curling Irons?

Hi All-
My flat iron died yesterday -- plugged it in/turned it on and went to eat my breakfast, came back and it was still cold.

Added to that the currently stormy weather and my hair is a hot mess - I need to go get a new one ASAP!! I'm also wondering about getting a curling iron too -- but not really sure what size or brands I should be looking at. Any recommendations??

For a flat iron, def a CROC . I've used them all HAI CHI SEDU BABYLISS...SEDU was my favorite and is still great, but the CROC infrared is by far the best so far.
A

I recommend the Karmin G3 Salon Pro, it works pretty good with any type of hair, I use it and my hair looks awesome, smooth and very straight. if u want a curling iron i suggest the Karmin Salon Pro Clipless Ceramic Tourmaline Curling Iron, it works great too.

I have tried several different flat irons, and so far, the Chi brand is my favorite. I only like the models that have temperature controls, though. The ones without this feature heat up to over 400 degrees Fahrenheit, which is too much for my hair.
"In order to be irreplaceable, one must always be different" - Coco Chanel 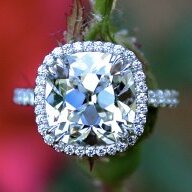 Babyliss Titanium Straightening Iron--I don't know how I've done w/out out it!
​
"No beauty shines brighter than that of a good heart." 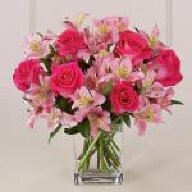 I doubt you're still looking, but the Remington print ones are fantastic. I think they're only like $20, but they work great. 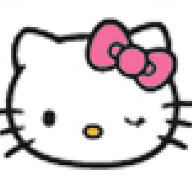 If you're still looking, my favorite flat iron is an Ultra Chi and my favorite curling iron is by Hot Tools. I purchased both of them at Ulta.
Don't wander through this glassy surface
Expecting to find more than me
'Cause what am I without a purpose
But a lone mirage to see

I know that I said that the Chi brand was my favorite, but my Chi has seemed kind of underwhelming lately.

My hairstylist actually recommended the Croc, so I bought one, and I can't wait to try it. The reviews all say that it is really great, but there also seems to be a pattern with them breaking quickly. Some reviewers complained that theirs broke as soon as a few months after buying it, and some stopped working eight or nine months later. That concerns me, but everyone seems to think that it's pretty much a miracle flat iron, so I still want to try it.

I also considered the Babyliss Nano Titanium model, which also has really good reviews. It might be somewhat comparable to the Croc, since they both use titanium.

I still like my Chi, but I've just been feeling like it could do a better job. I also have a T3 Mane Tamer, which is also nice, but I was still hoping for something a little bit different. 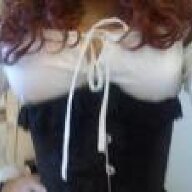 I have no recommendations for flat irons, but the absolute best curling iron I have ever used is the Vidal Sassoon clampless conical wand. I have flat, limp, lifeless hair and it is the only things that makes it curly and huge. I would be devastated if they ever stopped making these.
You must log in or register to reply here.
Be a part of the community Get 3 HCA Results
Jewelry Blog