Save CHOCOLATE as we know it!!! 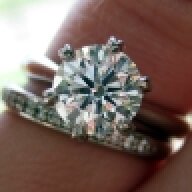 Corporate sponsers have petitioned the FDA to relax the definition of chocolate so they can replace the cocoa butter with cheaper fats like vegetable oil. If you enjoy chocolate even a tiny bit, and don't want to see the whole industry dragged down by competition-forced cost cutting forcing quality decline, stand up and tell the FDA NO.

Geez, with vegetable oils instead of cocoa butter, it''s no longer chocolate.

It should be called something else like Vegelate.
Sometimes the mind ignores what is logical because the person cannot accept the reality of what it is.

Date: 4/17/2007 9:39:56 AM
Author:ladyciel
Corporate sponsers have petitioned the FDA to relax the definition of chocolate so they can replace the cocoa butter with cheaper fats like vegetable oil. If you enjoy chocolate even a tiny bit, and don''t want to see the whole industry dragged down by competition-forced cost cutting forcing quality decline, stand up and tell the FDA NO.

I am concerned about this not because I eat much American chocolate, but because I don''t want the chocolate I bake with (which is American) to turn into something unrecognizable. Would baking chocolate also be subject to new labels? It is disgusting that in the United States, where what is called chocolate is hardly recognizable as chocolate anyway, the confectioners want to make the chocolate of even worse quality!!! We should allow them to do this, then import everything we use from Belgium!

Rarely do documents making their way through federal agencies cause chocolate lovers to totally melt down. Then came Appendix C.

Accompanying a 35-page petition signed by a diverse set of culinary groups -- juice producers, meat canners and the chocolate lobby -- the appendix charts proposed changes to food standard definitions set by the Food and Drug Administration, including this one: "use a vegetable fat in place of another vegetable fat named in the standard (e.g., cacao fat)."

Chocolate lovers read that as a direct assault on their palates. That's because the current FDA standard for chocolate says it must contain cacao fat -- a.k.a. cocoa butter -- and this proposal would make it possible to call something chocolate even if it had vegetable oil instead of that defining ingredient. Whoppers malted milk balls, for instance, do not have cocoa butter.

Chocolate purists, of which there are apparently many, have undertaken a grassroots letter-writing campaign to the FDA to inform the agency that such a change to the standards is just not okay with them. More than 225 comments to the petition have been processed so far by the agency, and chocolate bloggers are pressing for more. In the annals of bureaucratic Washington battles, this is a sweet one.

"If this puts a smile on people's faces even though it's a serious matter, that's what chocolate is meant to do," said California chocolate maker and traditionalist Gary Guittard, whose Web site, http://DontMessWithOurChocolate.com, has led the counterassault.

Guittard, whose family has been making chocolate since 1868, said some big chocolate manufacturers favor the proposed change in regulations because they want to keep prices down on key ingredients by using less expensive vegetable fat, which can contain trans fats, instead of cocoa butter. That scares him. Cybele May, a playwright, whale-watching enthusiast and Web editor in California, has been encouraging people to write the FDA with posts on her blog at http://candyblog.net. "Suddenly, we are worried that the chocolate bar isn't the same anymore and we don't know why," May said.

"I think a lot of people don't realize that this would be optional," Malgieri said. "No one is going to force a high-class chocolate maker to add vegetable fat to chocolate." Asked if fine chocolate would just melt away, he said, "Absolutely not."

If you care about the standards for what the United States calls, "chocolate", go to this website: http://dontmesswithourchocolate.guittard.com/. I learned there that the FDA has extended its period for comments to June 25. Don't Mess With Our Chocolate will help you to contact the FDA. It even has a link to the FDA on its website and a letter which you can cut and paste to the FDA. This is a great site for chocolate lovers and anyone who doesn't like being pushed around by big business!