Engagement ring chain, Robbins Brothers, has become the latest jewelry store to file for Chapter 11. The 16-store chain billed itself as the "world''s biggest engagement store" doing a brisk business in diamond rings and charming potential buyers with a media campaign featuring Skip and Steve, the Robbins Brothers.

The store will be broken into two parts and sold. As National Jeweler reports, bankruptcy documents show that the company will be divided into two parts and sold. Unless it is miraculously rescued by another buyer, Robbins Bros. Corp. will sell the California stores to Robbins Bros. Jewelry, basically to itself, while Canadian jewelry manufacturer and retailer Spence Diamonds will buy the three Houston stores and Illinois locations. Robbins Brothers expanded rapidly over the past few years and was done in by liquidity issues which were compounded by the slowdown in consumer spending. Sales decreased around three percent last year.

The three-generation, family-owned store moved from being a small jeweler to expanding into malls and then in 1995 opening a large bridal-only store.

Jewelry stores have been particularly hit by the bad economy (hence the need for a Sparkle Week). Fortunoff is in the process of liquidation and Zale''s is closing 115 stores. With internet sales taking a bigger chunk of jewelry sales each year, jewelry stores were already feeling squeezed. The recession could lead more small jewelry chains to close their doors.

Geez, with the combination of ridiculously high markups and lo overhead by not properly training their salespeople in even the basics, you''d think they''d have plenty of ill-gotten goods to tide them over in hard economic times. 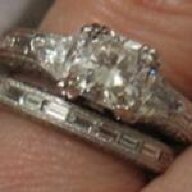 I''m all for it if it means an end to those super cheesey commercials.
"Truth is generally the best vindication against slander - unless it's always being censored" 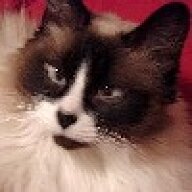 I had gone into one of their locations just to get a sense of what setting types I might like, with no intention of purchasing. While the sales person was nice enough to let me try on whatever I wanted, I just did not like much about the store. Their diamonds were not great either. While I was there, I could not help but wonder how they would stay in business, given their focus on just e-rings.