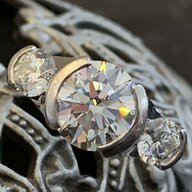 Jared got a smackdown prison-style. I've heard stories about how anyone who commits any sort of lewd act/crime involving children typically gets their ass handed to them once in prison ... that apparently this is ONE area where most criminals draw the line, and will serve up some prison yard justice to child abusers. Guess those 'stories' were right.
I am the_mother_thing, and I approve this message.

Jeffrey Dahmer was a major creepy dude who was killed by a fellow inmate.

Jeffrey Lionel Dahmer (May 21, 1960 – November 28, 1994), also known as the Milwaukee Cannibal, was an American serial killer and sex offender, who committed the rape, murder, and dismemberment of seventeen men and boys between 1978 and 1991, with many of his later murders also involving necrophilia, cannibalism, and the permanent preservation of body parts—typically all or part of the skeletal structure.

https://en.wikipedia.org/wiki/Jeffrey_Dahmer
You must log in or register to reply here.
Be a part of the community Get 3 HCA Results
Jewelry Blog