Retail therapy, it works! There's nothing like a little LV (and maybe a new wallet) to lift the spirits a bit.

Next week is my birthday and we're suposed to be in Roatan scuba diving, yet I still do not have my passport?????????

I mailed the thing off in early Dec for renewal and as of this past weekend I was in a real panic about not having it back. Also I've not been able to contact anyone to find out why not. So after days of being frustrated from getting nowhere I totally broke down, lost it completely, but my super wonderfully understanding husband managed to get our local Senator to contact the passport agency. Within the hour I got a call back from the passport agency saying I'll have my passport by Wednesday this week in time to leave at the crack of dawn Saturday morning.

It shouldn't have come to that but Thankfully I'll be on that plane and getting a much needed vacation with hubby!

Meanwhile yesterday I went to pick up the Zippy Wallet

since it sold out online, only to return today for the Lockit too. I'm pretty casual & traditional and carry my LV's forever. I always find that I go back to it (that old standby thing) so I don't even bother trying to get a different designer anymore. 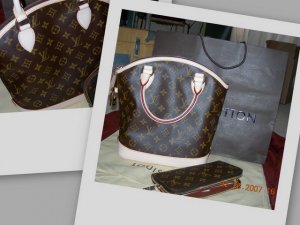 Those are wonderful new LV goodies you have there!!! I think Louis Vuitton bags are just classics that never go out of style and they last forever. Relax now and have a wonderful vacation and a very happy birthday!

Beautiful loot! And definitely works to calm a stressed girl down.

Yay for hubby...never woulda thought about contacting your senator...how hard was that to get done? My local representative didn''t do JACK when we were having visa issues for DH''s mom to get here for the wedding.

Thank you, I do love the new bag, and want to feel guilty but I don''t after the fiasco. The wallet is perfect in that it zips all the way around and will hold a couple of keys and my flat motorola phone so that it can be the only thing to carry when appropriate. This is the only place that I know of that it''s totally okay to gush over new goodies like this.

FG, As for the Senator, his office was amazing especially the woman that I spoke with after hubby dropped off a tearful, emotional, pathetic letter I wrote about my lack of support from the passport people (did not intend to send it off after I reread it). I had looked up the Senator''s website but that was a far as I got, hubby actually gave them a call explaining the situation. I''m really glad that he followed through, though somewhat embarassed that it all got to me the way it did.

It came to mind after a few years ago having trouble getting a particular professional license in another state. After the deadline I had not recieved a license but instead a letter saying that I needed to reapply and send another fee since they weren''t able to determine if I was qualified within their timeframe. This was after I spoke to a board member that said I should have my license soon, & I was more than qualified. I was mad

and wrote several letters but it was our local House Rep that actually got it handled and I had my license a few days later.

I never thought I''d have to do something like that again.

Yay for your hubby! Glad also you get to enjoy your bag with wallet..have a great trip and have fun!

I love the Lock it! I just got the Tulum and am debating a Lock it, small Manhattan and one of the red shiny bags in a small size, it is so pretty. I saw a Bloomies ad before the holidays with the Lock it and the multi colored purse charms and it was adorable.
****************************
"There is no such thing as fun for the whole family-there are no massage parlors with ice cream and free jewelry" Jerry Seinfeld

I do love the bag and especially the wallet, I seriously considered the Horizontal Lockit too. The handles are perfect for wearing on the shoulder and the size would make it a great overnight bag but I really needed to replace my everday speedy that went "missing."

DF, the red leather sounds nice, that''ll be a tough choice between those you mentioned! How much fun is that?!

As for the passport saga, it was delivered yesterday to the WRONG address....stupid driver, it''s not as our house isn''t marked CLEARLY. It''s almost over...

The red is amazing, like a candy apple, but I am also waiting on a Chanel red clutch and I do not tend to wear tons of red. But one is the shiny LV monogram and one is quilted lamb, so they are different. Heard LV is also making a monogram collection in that Vamp black purple color, sounds great to me! If you need a tote, the Cabas Mezzo is great too...
****************************
"There is no such thing as fun for the whole family-there are no massage parlors with ice cream and free jewelry" Jerry Seinfeld 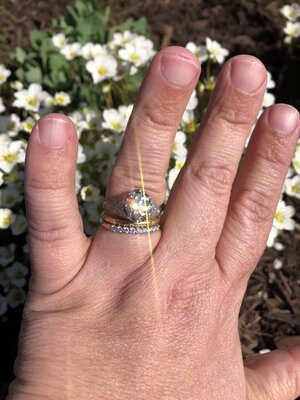